Everybody loves Draymond: Why the second-year Warriors' forward is thriving

Thanks to his developing court sense and improvement from three-point range, Warriors' second-year man Draymond Green is making everyone feel bad for passing up on him in the 2012 NBA Draft.

Share All sharing options for: Everybody loves Draymond: Why the second-year Warriors' forward is thriving

OAKLAND -- Draymond Green is a jovial character. Always laughing. Always moving and shaking. A whirling dervish of good times both on the court and off. However, don't mistake Green's gregarious personality for someone who doesn't take the game seriously.

The man is all about winning, and his post-game comments regarding the Golden State Warriors slow starts in games sounded like a team leader who was fed up.

"We have to stop" he said Wednesday. "We can't continue to get behind like that and continue to try to come back and win. Once again, our crowd helped us get back into the game. Yeah, we did play hard, but let's play hard and beat a team by 15 or 20 points. Let's not play lackadaisical and get down 15 or 20 points and then play hard and come back and win by one or two points."

This was how the Warriors defeated the Mavericks on Wednesday.

Why Iguodala is missed

That quote came after the Warriors prevailed over the Dallas Mavericks, with Stephen Curry nailing the game-winner over a pump-faked Shawn Marion in a 95-93 victory. But the Dubs don't get to this point if Draymond doesn't make three plays.

1. Draymond's skip pass to Stephen Curry in the corner

With Andre Iguodala out, Green has become the secondary ball-handler and facilitator for Golden State. With the Warriors down six and about four minutes remaining in the game, Draymond had the ball on the left elbow. Curry moved to the opposite end of the court and subtly shifted towards the corner as Jose Calderon trailed.

Draymond threw a skip pass over three defenders to Curry as Andrew Bogut provided just enough of a deterrent to Calderon to give Curry a free glimpse at the rim. Swish.

It's hard to know if this is a planned play or if this was just Draymond being acutely aware of what's going on in the game. Either way, it takes a lot of trust to pull that play off. Draymond has it from his coaches and his teammates.

There were key moments in the second half that Draymond switched on Dirk Nowitzki, Vince Carter and Monta Ellis. Each time, the Mavericks player went to one of their go-to moves. A backdown from the top of the key. A fadeaway from the baseline. A head-down drive to the basket. Each time, Draymond's footwork stayed true. He was never out of position and was there to challenge those shots.

Mark Jackson said after the game he feels comfortable allowing Draymond to defend all five positions, and that ability to be malleable gave Golden State the flexibility to go use at attacking offensive lineup in the third quarter.

Fellow second-year Warrior Kent Bazemore fondly told the story of how he and Draymond both immediately began working out after being picked up by the Warriors in the 2012 NBA Draft. Bazemore, an undrafted free agent, and Green, a second-rounder, both understood their situations, plain and clear: Do whatever it takes to make the team, because your roster spots are not guaranteed.

"We're in the practice facility two days after the draft and we're just getting threes up. Coach told us that working on our ability to make shots from three-point range would be a major asset, and from there we went to work. 300, 400, 500 threes a day, we shot," Bazemore said. "So seeing Draymond make those shots now in two years time isn't a surprise. He's put in the work to earn that opportunity."

There used to be a time when Draymond would line up for a three-point shot and Warriors fans would groan in anticipation of another miss. On Wednesday night, Warriors fans were in unison as they all gasped for air, now anticipating that ball going through the net. Maybe it's infectious, hanging around The Splash Brothers Klay and Steph and all, but Green is shooting a solid 36 percent from downtown, up from 20 percent last season.

While there are some that say that Green should be considered as a starter at power forward with the injury to Andre Iguodala putting the Warriors lineup in a crunch, Wednesday showed that Draymond is better off making the case to be a Sixth Man of the Year candidate. Green is now playing a 3-and-D role for the Warriors while being an offensive facilitator on the second unit.  It's icing on the cake that Draymond is an exuberant personality on the Warriors bench, always waving a towel and joining Bazemore in egregious sideline celebrations, or that he loves watching Scandal, or that he's a big fan of eating at TGIFriday's.

Everybody loves Draymond, except for opposing teams. When Golden State's roster gets to full strength, the West just got that much more crowded. 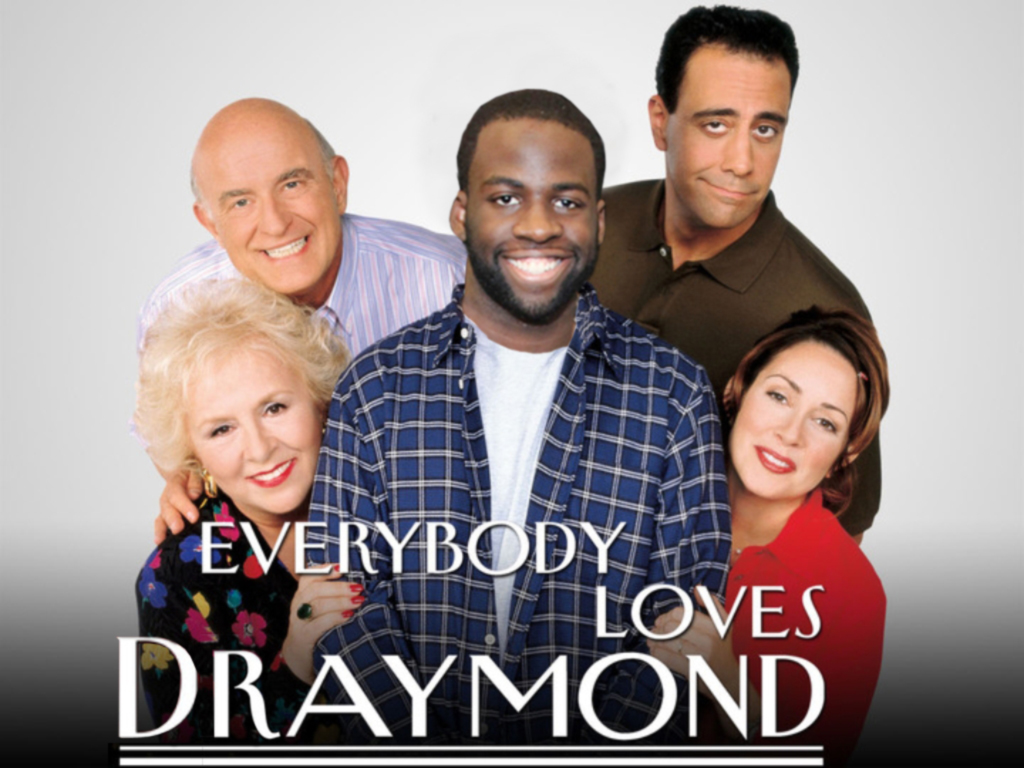 *Props to the Golden State of Mind comments section for this awesome photo.

Happy Hour drink recommendation: A Long Island Iced Tea. Because nothing says "I want to have a good time" and "I enjoy variety in my life" like drinking a LIIT. Besides, if the Dancing Bear (Draymond) doesn't take himself too seriously, then neither should you. Drink up and be merry.