Fumblr: In defense of the NFL stadium experience

In this week's fake social network for NFL fans: why it can be fun to give the NFL too much of your money, blooper GIFs, clear pants, Matt Stafford's freakishly large head, and more.

Share All sharing options for: Fumblr: In defense of the NFL stadium experience

The NFL experience favors the fan smart enough to stay at home, where the RedZone channel allows you to see every touchdown in the league as it happens in a realtime action, generally on an HD screen that costs less than a season ticket. Your couch is more comfortable than the cramped stadium seats, and you paid a reasonable price for the beer in your fridge. The wi-fi is seamless at your home, where you can monitor Twitter constantly without fear of getting stabbed for supporting your team during an away game.

So when a friend offered me a ticket to Seahawks-Giants this Sunday, I almost said no. Even though I rarely get the chance to see my favorite team in person, I wasn't enthused about traveling to New Jersey to root for Seattle. I had my reasons: SB Nation's live War Room show from noon to 1:00 guaranteed I'd miss the first quarter (not to mention tailgating), and the long trek home across two rivers meant I'd miss most of the late afternoon games, which seemed a dereliction of duty for my line of work.

But I went. We wrapped the War Room, and I discarded my tie for Seahawks gear, then hustled six blocks south to Penn Station, where I boarded a Secaucus-bound train with tardy Giants fans and people going better places further down the line. Eli Manning threw his first interception of the game as the train sailed past the dichromatic wetlands: ice, cordgrass, a frozen sky of departing clouds; a Rothko of maize framed by blue gunmetal. Paeans of industry -- small warehouses, tired trucks -- dotted the concrete that braved the marsh. In the distance, I could see MetLife Stadium, laid on the landscape like an air conditioning unit too ungainly to carry to a better apartment. 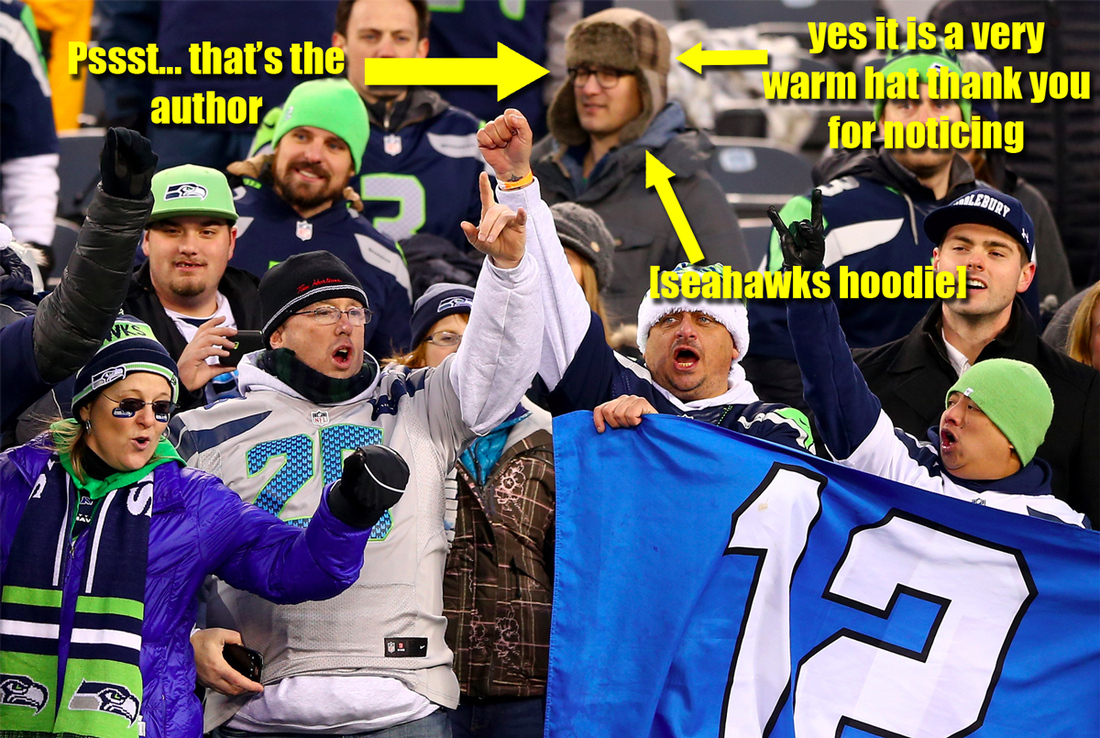 You ever stumble across yourself in Getty Images? It's weird.

The train reached its destination, and I began the trek to my section. A quarter of the way around the stadium, I paused to buy a pair of beers (less than $20!), and watched on the monitor as Eli Manning threw his second interception of the day. The Seahawks led 3-0, nine minutes remained in the second quarter, and I had two-thirds of a football game to watch. I decided to enjoy it.

The NFL stadium experience is widely derided for being a money pit overrun with aggressive foul-mouthed drunks and a completely unreasonable clear-bag policy that the NFL uses to squeeze fans for additional nickels. That criticism is largely fair, and I haven't even touched on how the Giants cut off beer sales when the third quarter kicks off (FASCISTS).

But here's the thing: it's also fun. It's fun to be in the vibrating energy of 60,000 people reacting passionately to every play. It's fun to high-five strangers who become comrades over the course of a game. It's fun, as the hometown fans make for the exits, to mass behind the visitors' sideline and show support for a team that's 3000 miles from home. And it's fun, after the game, to fire the grill back up and tailgate in the dying light of a winter day, fans of both teams warmed by fire and a flask.

Don't confuse the narrative: this is not Writer Celebrating Human Interaction Over the Convenience of Modern Technology; I look forward to returning to the cheaper, more comfortable bubble of Twitter and RedZone next Sunday. But for all the ballyhooed cost and inconvenience of attending an NFL game, there is also this: it's worth it to see your team win.

Unfortunately, MetLife Stadium's Jumbotron operators don't train their cameras on Eli Manning's face after interceptions, so I didn't get any in-person Manningface. Thankfully, brave internetters captured the glory in a week that featured losses for both the Giants AND Broncos. It's Manningface-mas! 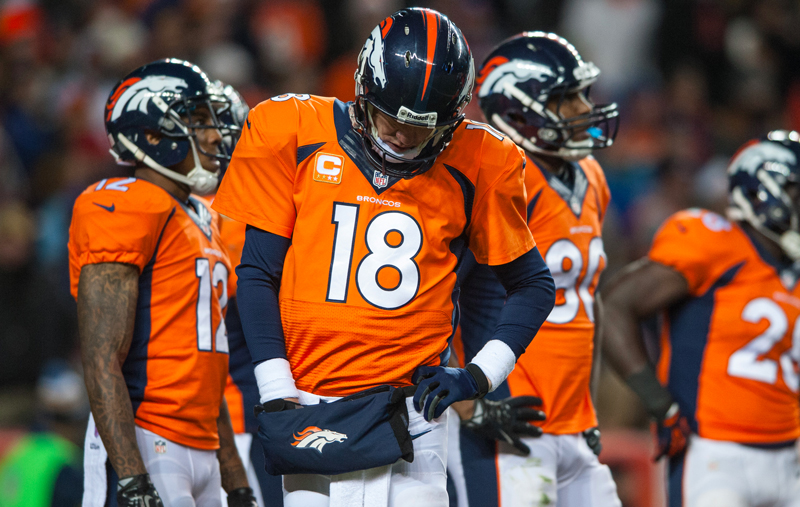 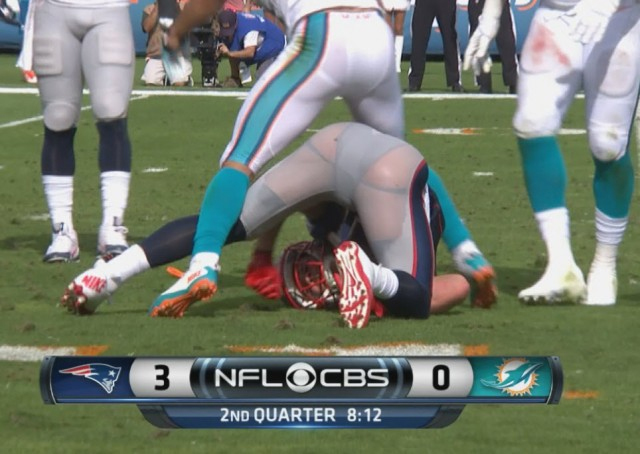 A doink so good, we need it GIF'd from two angles:

(GIFs via KSK and Guyism)

Matt Stafford has the body shape of a Playmobil figure.

With Jhonny Peralta gone, Matt Stafford has the most spherical head in Detroit

For real though, Matt Stafford's head doesn't even look like a human head. It's more of a head-like casing for another head, like Arnold Schwarzenegger's disguise-bomb in Total Recall.

The Texans' implosion has been fascinating and horrible to watch, from the Matt Schaub Pick-6-athon to T.J. Yates filling in with another pick-6 to the nascent Case Keenum Era, which has featured the coach having a minor stroke on the field, then returning to the team only to be fired. But with a strong core of good players, a new coach, and the top pick in the draft, Texans fans should at least feel confident about the team's prospects in 2014.

But that top pick isn't locked up yet: if the Texans stumble into some wins, look to the sky. There! You see those flames? Inside that fiery streak is Captain Mike Shanahan, piloting his crippled craft on a kamikaze mission to the bottom of the NFL standings, intent to deliver the top pick to St. Louis.

Why? Because f*ck Dan Snyder, that's why.