The rise of pitching helmets

Share All sharing options for: The rise of pitching helmets

Those articles don't exist. And even though I spend my day thinking of ways to include the word "mollycoddle" into my writing, I don't want to write something quite as stupid as the batting-helmet one. I'm not sure how many lives have been saved over the last 57 years. It's probably not too controversial to suggest at least one life has been saved. Probably several.

There are changes a-comin' for baseball with regard to pitcher safety. From Fox Sports:

Arizona Diamondbacks pitcher Brandon McCarthy joined "The Buzz" podcast Wednesday and said there's a chance that MLB pitchers could have the option of wearing special protective headgear as early as the 2014 season.

Note, that's not the same thing as requiring pitchers to wear the headgear. But it's a step in the sensible direction. McCarthy's injury was horrific, and even months after the trauma, he was still suffering seizures. Yet it's almost standard to refer to him as "lucky." Everyone knows it could have been much, much worse, and we've all waited for much, much worse to happen while we watch live. Maybe it won't, now.

The question before the Internet today, then: Is there any way, any scenario, in which pitchers' headgear doesn't become as accepted as batting helmets are right now?

That's the argument for pitchers' headgear, by the way: We'll get used to it. The argument against is that it's different.

Person against pitchers' headgear: mollycoddling sissification nanny state when i was a kid

Look in the comments of that Fox article. There are some real winners.

There is risk in everything. Taking antibiotics or cold medicine or eating nuts not knowing your allergic or doing that first line of blow......it's a wonder any of you freaks leave your house let alone the womb.

How about that first line of chopped cashews? That dude with the monocle and top hat chased me around for hours, and they found me stuck inside a doggie door with salted foam coming out of my ears. So, yeah, there's risk in everything, alright. But I'll bet the keyboard warrior probably puts his seat belt on. He's used to it.

The only thing that would make protective headgear for pitchers widely dismissed is if it's crazy and completely jarring. I'm not talking about the David Wright Gazoo helmets from yesteryear. I'm talking crazy. Like the first patented batting helmet from 1905: 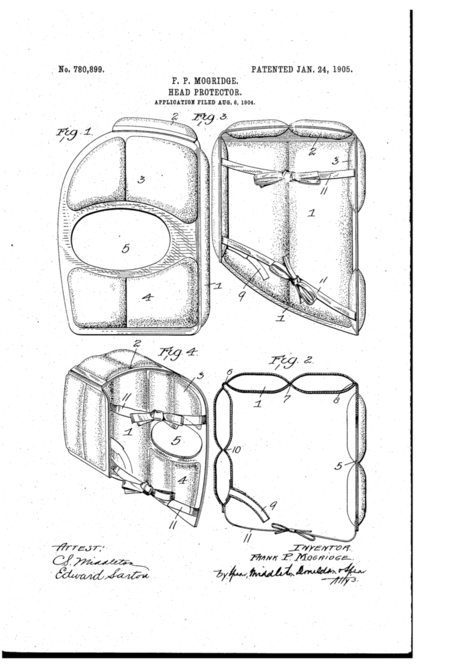 That's not a batting helmet. That's the Trenkföl storage solution, which comes with a small Allen wrench and retails for $43.99. And if pitchers have to wear something like that, there will be backlash.

Pitchers will not have to wear something like that. One word: plastics. They're getting better and better at making stealthy safety gear. That David Wright gazoo helmet? It's already smaller. Players wear it, and it's hard to tell the difference unless you're looking for it. That's it, that's the last reasonable argument against pitchers' headgear, and it's been debunked. It's not going to be radically different and cumbersome.

And we'll get used to it.

Now if you'll excuse me, I'm going to attend the lavender-scented meeting where me and my effete buddies devise ways to make children weaker and less self-reliant. First, home-plate collisions. Next, pitching helmets. Eventually, inflatable sweaters and reinforced umbrellas. We're coming for your way of life, you know. We're coming.