If Davis is out long, New Orleans' playoff bid is toast. If not, the Pelicans seem to stand a strong chance of making a play for the postseason.

Share All sharing options for: Anthony Davis holds the Pelicans' playoff hopes in his (fractured) hand

Things have been looking up for the New Orleans Pelicans since Ryan Anderson returned to the court on November 16: the team has gone 5-2 with a +7 per game points differential (buoyed by a 37-point win over the Sixers). More than that, coach Monty Williams found a stunningly effective lineup and has leaned on it heavily. The lineup features New Orleans' best five players -- Anderson, Anthony Davis, Tyreke Evans, Eric Gordon and Jrue Holiday -- and has resulted in screaming offensive numbers. It's already the second most frequently used lineup in Williams' arsenal, despite Anderson's delayed arrival.

But all that happiness is now in jeopardy after Davis fractured a bone in his left hand taking a charge from Amare Stoudemire in the Pelicans' win over the Knicks on Sunday. It's unclear how long Davis will be out, but recovery from a non-displaced fracture in the non-shooting hand is typically a few weeks of rest. That assumes it's not a particularly problematic bone to be fractured -- New Orleans was coy about the injury on Sunday.

Needless to say, the 8-8 Pelicans -- who are pushing hard for the playoffs after trading for Holiday and signing Evans -- need Davis back as soon as possible to keep pace in the West.

The West playoff picture currently goes 13 deep with eight spots available. We expected only 12 teams to be in the mix, but Phoenix is being a little bit strange and actually competing, even after the Marcin Gortat trade. It's still quite early, though, and one expects that the clock will strike midnight in Arizona at some point.

The Pelicans are battling with the likes of the Nuggets, Mavericks, Grizzlies, Timberwolves and Lakers for one of two spots thought to be in play. (Portland has replaced Memphis as a team looking like a sure thing.) The margin of error is going to be absolutely tiny for these squads, much as it was last season, when the Rockets, Lakers and Jazz playoff hopes were decided by one game.

Davis, one of the top 10 players in the NBA so far this season, is obviously a big arrow in the Pelicans' quiver. The Knicks fell despite his absence for much of the game, but other teams will be able to derail New Orleans' offense with Jason Smith, Lou Amundson or Greg Stiemsma in The Brow's place. In addition, the Pelicans' defense has been pretty bad to date, at No. 24 in the NBA with the No. 30 shooting defense. That's with Davis for 34 minutes a night. Without him, that defense is going to be really, really ugly.

The quickness of Davis' return could be the difference between the Pelicans getting a playoff series or two and New Orleans watching the Sixers use their lottery pick in June. In the interest of good basketball, let's hope for a speedy recovery.

AND THEN THERE'S J.J. 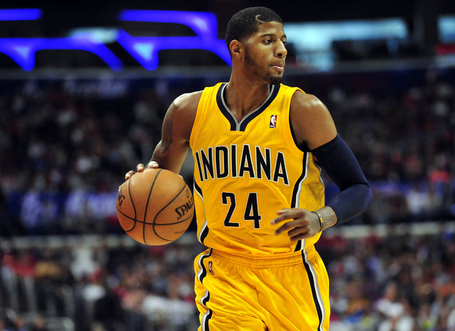 The Clippers will miss J.J. Redick for up to eight weeks, which is also a nasty little piece of news. Redick collided with DeMarcus Cousins as both chased a rebound in Friday's game between the Clippers and Kings. The initial concern was Redick's head bouncing off of the floor, but he landed hard on his wrist, and that's what will keep him out.

The problem with Redick's injury isn't that the Clippers lack other weapons -- they do, from Jamal Crawford to Darren Collison to Jared Dudley. It's that to keep the rotation as designed, someone like Willie Green is going to become a starter in the interim. That's ... not optimal. Crawford is one of the best reserve two-guards in the league, but he needs to remain a reserve two-guard for the Clippers bench to score at all, at least until Lamar Odom signs and we find out he can still play. Green is a veteran who's been in this spot before (like, uh, last season). But he's just not nearly as good as Redick or Crawford.

In the end, though, Redick is a supplemental weapon on a robust offensive powerhouse. The Clippers will be just fine so long as CP3, Crawford and Blake Griffin are healthy.

WHO WILL KOBE KNOCK OUT?

Let's assume Kobe Bryant ends up playing about 30 minutes per game once he returns. He'll certainly be a starter. That would push Jodie Meeks to a bench role, where Nick Young has been this season. Will Mike D'Antoni take it out of them evenly -- they are averaging 28 and 25 minutes per game, respectively -- or will one simply get knocked out of the rotation? Most teams struggle to play more than two shooting guards, especially when none of them are particularly well-suited for either point guard or small forward. The Lakers are lean at SF, but bad enough defensively that playing Bryant or Young there is trouble.

This is all to say that Meeks or Young could be on the trade block before we know it. Plenty of teams in the East need offensive jolts, especially with the playoffs only 38 wins away.