Tom Glavine wasn't the best pitcher in his own rotation, but his credentials more than measure up to the Hall of Fame's standards. He'll get in. The question is when.

In a normal year, one would consider former Atlanta Braves and New York Mets pitcher Tom Glavine to be a fairly obvious choice as an inductee into the Hall of Fame. But 2013 is not normal year, and there's a good chance we will have to adjust to a new normal at least for a while. This new normal arrives for a few reasons, the most obvious being the presence of too many deserving players on the ballot. This is a side effect of the players having played in the steroid era, and the Hall of Fame voters taking it upon themselves to distinguish between the guilty and the innocent as opposed to the deserving and the undeserving. Glavine is in his first year of eligibility, and while he has a strong case for induction, based on either traditional or advanced statistics, there's a chance he gets left off ballots as voters try to include those with less time remaining on the ballot.

While there are numerous players who divide voters and serve as a line of demarcation between old and new school voters, Glavine should serve as something of a unifier. By old school standards, he surpassed the 300-win barrier that has served as nearly a one-way ticket to enshrinement. On top of that, he totaled 10 All-Star team selections, as well as compiled some impressive stats -- 4,413⅓ innings pitched (30th all time), led the league in starts six times, wins five times and started 682 games (12th all time). He also had endurance in his favor, as he didn't land on the disabled list until his age-42 season.

"Compile" is an important word, though, as voters have made an effort to distinguish those who hung around for extended periods from those whose stars shone brightest during their careers. In essence, totals are important, but so is peak. Beyond that, though, a combination of the two is important.

Glavine withstands scrutiny in this sense, as well. Using Jay Jaffe's JAWS system, which averages a player's seven year peak WAR with his career WAR, Glavine checks in with a 62.9 score compared to the average Hall of Fame starting pitcher's 61.4. It's not clearing the bar by a mile, but it is clearing the bar and it ranks 30th all-time among starting pitchers.

Using advanced stats, Glavine excels as well. He ranks 25th all-time with 81.4 career WAR, a mark that lands him in the upper half of the 57 Hall of Fame starters. He did this more through longevity than peak performance, though, as his peak WAR of 44.3 is 5.9 wins below that of the average Hall starter while his career WAR is 8.8 wins above the average Hall starter. 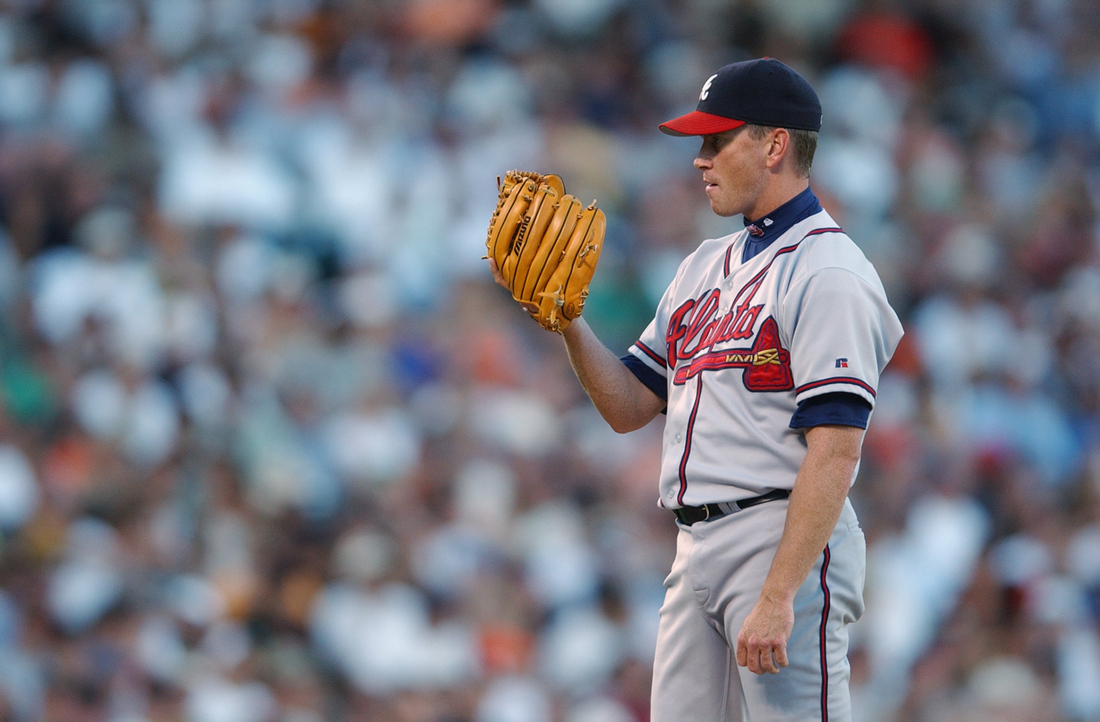 With those two Cy Young Awards in his pocket, on top of an World Series MVP (he pitched the clinching game), Glavine has the awards, the post-season record, and an the career resume to earn an induction into the Hall of Fame.

The case against Glavine is less based on merit than it is on the other players up for the honor, and perhaps that dark period when he sported a mullet. If one were to make a merit-based argument, it would have to be based on his relatively weak peak WAR numbers, which in part are influenced by his lack of strikeouts (5.3 per nine innings). This argument, though, does no justice to Glavine's incredible ability to locate and sequence. He might not have missed bats, but he had that nebulous quality of "pitchability."

Instead, the better case might be that there are 10 other players who deserve support more than Glavine. He ranks seventh in JAWS score among the others eligible for induction, though no system is perfect and argument can be made that those below him on the list (Thomas, Walker, Trammell, Raines among others) deserve to be on the ballot ahead of Glavine. This position becomes more tenuous for those who ignore PED abusers (or suspected PED abusers), but a tenuous point of view has never stopped someone from making an argument before.

The best chance that someone doesn't vote for Glavine is with the idea that he's so likely to either a) get in or b) remain on the ballot, that the vote in question would be better allocated to a candidate that deserves enshrinement (perhaps less than Glavine) but is in far more danger of falling off the ballot. The case for this method has been made using a more secure player such as Greg Maddux, who is almost assured of induction, but the concept remains the same. There are good intentions behind this idea, but it represents the failures of the electorate more than anything else. If a Hall of Fame ballot does not include Maddux (or to a lesser extent Glavine) then something, somewhere, has gone horribly wrong.

It's rare that a player with near slam-dunk hall credentials is not even the best pitcher from his own rotation up for enshrinement, though this is very much the case with Glavine. While membership in the 300-win club has meant enshrinement for every other member (with the exception of Clemens), it doesn't necessarily imply immediate induction. While Warren Spahn, Tom Seaver, Steve Carlton and Nolan Ryan were all first-ballot inductees, the likes of Gaylord Perry, Early Wynn, Phil Niekro and Don Sutton all needed multiple tries. The clearest argument in his favor is that no matter how you view his numbers, at his best (career numbers) he raises the Hall's standards, and at his worst (peak numbers) he clears the bar already set. Glavine's resume renders him quite qualified for the Hall of Fame. With this ballot though, there are no guarantees.