Share All sharing options for: Best baseball GIFs and images of 2013, Part II

Welcome to Baseball Nation's favorite GIFs of 2013. Sometimes the GIFs don't move. We call those "pictures." But most of them are GIFs.

Here are living things that shouldn't be on a baseball field.

If you want to read about Field Stormers, you're in the wrong place. The archive is here. This is one of the better examples, though.

The setup of the GIF is sublime. One fan clapping behind home plate in anticipation. A pitcher biding his time before getting out of the way. An umpire and catcher looking thoroughly annoyed. And the reveal, oh, man, the reveal. Would it have been better if the scofflaw were tackled in the act? No way. Absolutely not, no way.

I'm assuming he stood in the on-deck circle, raised his palms to the sky, and smiled as he disintegrated and beamed up to the stars. That's the beautiful part about a GIF like that: You can't prove me wrong.

You see the poor security guard being good at his job early. He's getting out of the way. That's what he's supposed to do.

Finally, you see the security guard being good at his job again. He's calmly and patiently armadilloing, waiting for the storm to pass. Everything's a mess, no sense in making things worse. If you're tallying this up at home, that's two things right for every one thing wrong. And to think, we spent days making fun of this guy.

First off, that's a rough, 2-0, front-door slider. Second, that bird was a total dick. A.J. Pollock didn't stand a chance. How many times have you seen an entire section make crotch-chop motions to athletes attempting field goals or free throws? How many times has it worked? It never works.

One bird, though, and you have professional baseball players acting like they've never seen a feathered land-creature before. And if you're still reeling from my foul-mouthed description of the bird, here's what it did after ruining a pitch.

You pick a better word.

Here is a man twirling a broom at bees in Angel Stadium. He also has a Gatorade bucket:

It's not very effective.

That's the only GIF of any note from the beepocalypse, so maybe it shouldn't qualify for a best-of. Except I do love these still shots. Here's Mike Trout saying, "LOOK, BEES." 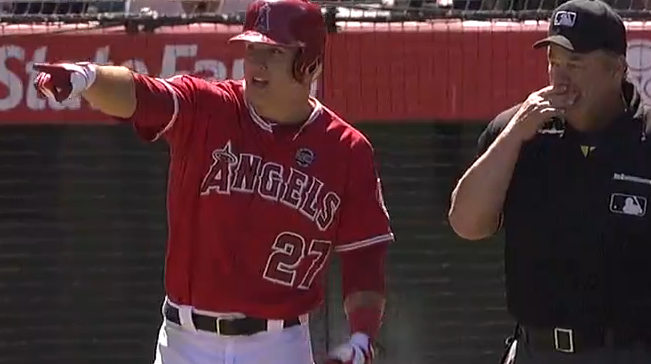 To be fair, he could have been saying, "LOOK, OVER YONDER, BEES" or "HARK! BEES!" Really, there are a lot of possibilities. Meanwhile, the umpire is smelling his own fingers.

Then there's this guy. 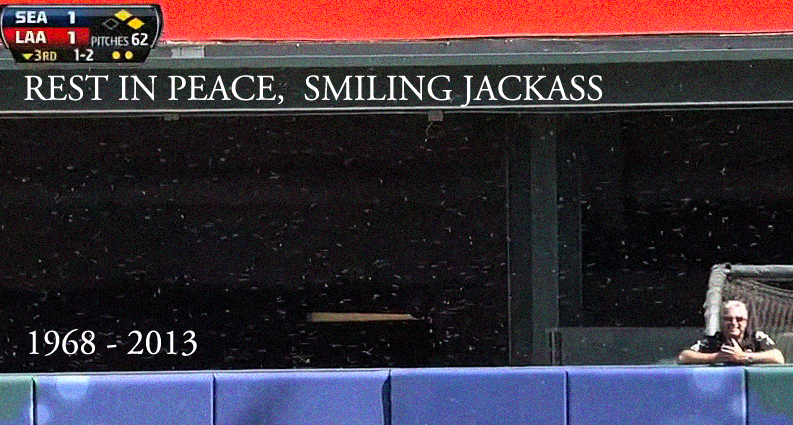 First note: Reports are that the bat was presumably better and released an inning later. Bats are generally good. They eat mosquitoes, which are the worst thing in the world. If I had a lot of property, I'd build bat houses in trees around the perimeter. It's sad to see a poor ol' bat struggling like this.

Nope nope nope. I'm not touching that on a dare. Paul Janish is a brave, stupid man.

The best part about the story, though, wasn't the GIF of a poor creature flopping around. It was the person sent to collect the poor creature from the field. 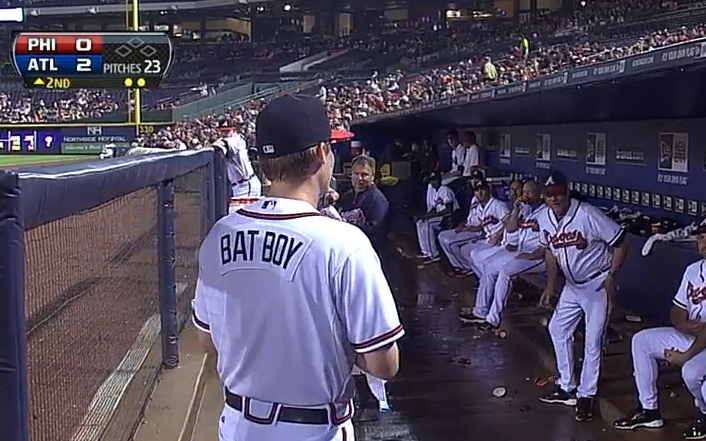 You had a joke, but you forgot it. That's because the idea of a bat boy scooping up an on-field bat ruptured your pun gland. At least it was worth it, you dying in a puddle of your own pun bile. 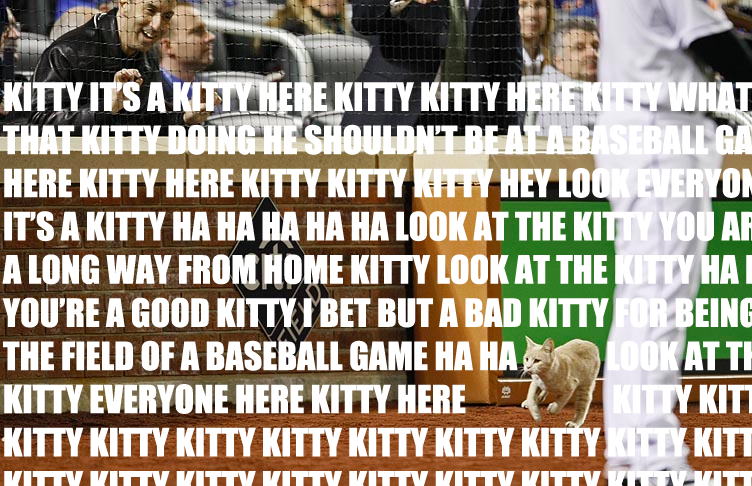