Best Baseball GIFs of 2013, Part V: Baseball players being bad at their jobs

Share All sharing options for: Best Baseball GIFs of 2013, Part V: Baseball players being bad at their jobs

In the last installment, we explored baseball players getting hurt. Of course we did. That's one of the primary reasons GIFs are made. 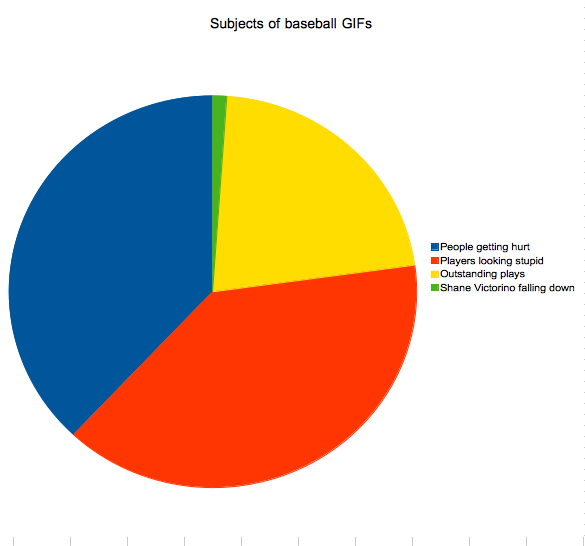 We're going to focus on another of those popular subjects, now: baseball players being bad at their job. There are a lot of possibilities. Really, just a ton. Can't include them all. For example, this doesn't make the cut:

That's just a regular ol' catcher flub. And I think the runner was out. This doesn't make the cut, either:

That's Melky Cabrera covering a Raul Ibañez song. And it's funny. But for this professionally curated year-end list, you need something more to make the top five. For example, take a look at #5 on the list.

There you go. The original. The master. Throw it on the pile. This guy invented it. He is Eddie Van Halen, and he's tapping notes on the neck of his guitar for the first time, opening up new worlds for us. Well, he's tapping the notes with his nose, and there's a cable wrapped around his ankles. Still, same thing.

Raul Ibañez's defense has been funny for a while. In 1997, when Jurickson Profar was four, Raul Ibañez played his first inning as a major-league outfielder. I'd like to think a coach sidled up to the manager and said, "You know, he's going to hurt someone out there." I wonder if they thought he would improve with experience, or if his ineptitude was a foregone conclusion.

Fast-forward to 2013. Sixteen full seasons later. Raul Ibañez is still playing the outfield for a major-league team. Do you know how many 41-year-old outfielders there have been in history? Nineteen. Two of them were so long ago, Baseball-Reference.com doesn't even know their full names. As for the rest, here's a partial list: Ty Cobb, Sam Rice, Al Simmons, Enos Slaughter, Ted Williams, Stan Musial, Willie Mays, Barry Bonds, and Rickey Henderson.

One of these days, there's going to be a way to give at-bats to hitters who can't field. A way to "designate" them as hitters only, if you will. Until then, we're just going to have to keep watching Raul Ibañez in the outfield. Thank goodness.

4. Asdrubal Cabrera and his face

This one is hypnotic. And it benefits from still shots, too. 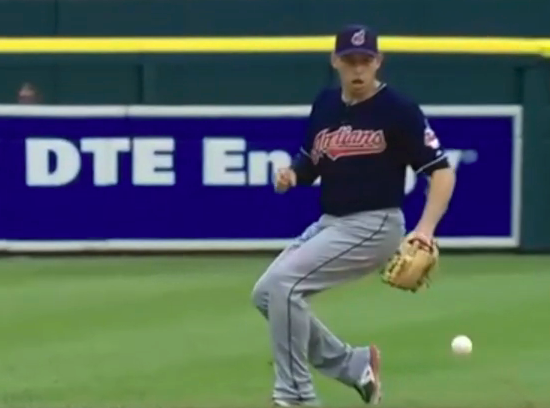 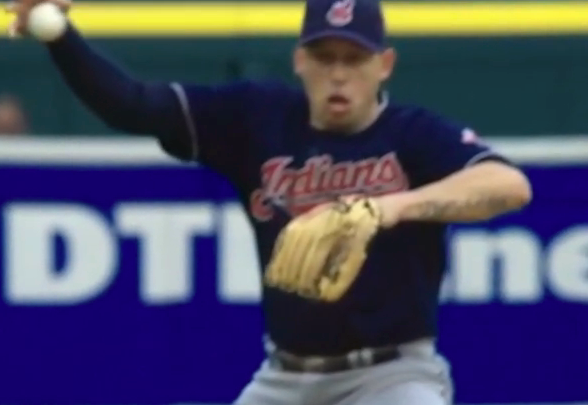 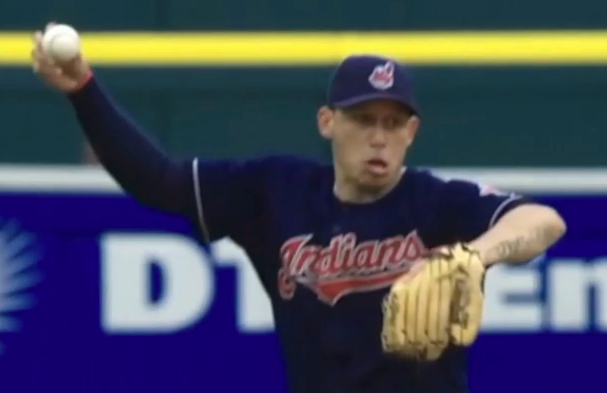 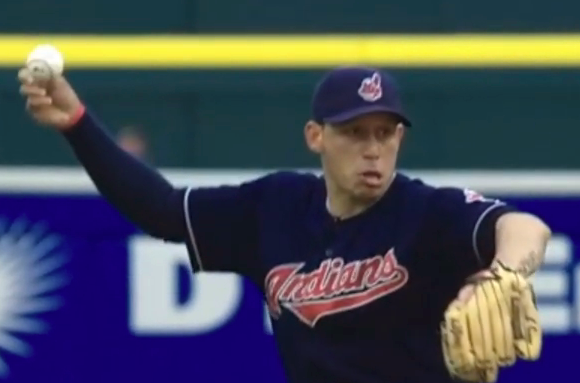 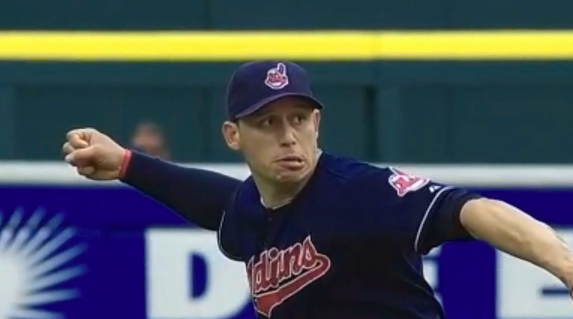 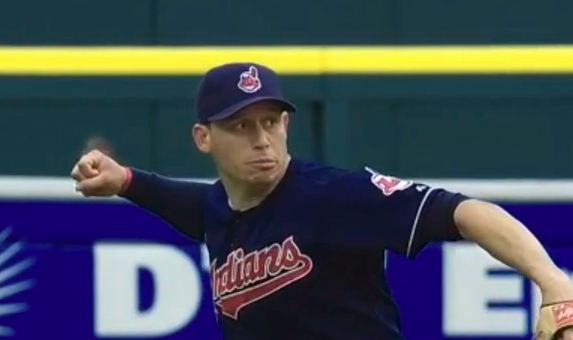 This one benefits from a little extra context. The whole play was far too long to GIF, so just a snippet made it.

The video's better than the GIF, right? Except I love, love, love the part where Darwin Barney almost throws Luis Valbuena's wrist to first base. Instead of screaming, "FIRST FIRST FIRST" or something like that, Barney would rather have the ball. Valbuena, being a baseball player, is completely unused to someone taking the ball from his glove by force, and his instinct was to hold onto it. That would probably be everyone's instinct. Like, I'm not going to just give you the ball, man.

This was in the running for my favorite GIF of the year. And unlike the Segura blunder, this one benefits from no context. In fact, context would futz it up.

There's a lot to love about this GIF, but I think what makes it work so well is the ambiguity of the dirt. You can't see the grass that separates the base paths, so it looks like both players are using the same path to get to the same base from different angles. It's like something out of a Double Dare physical challenge, where both players had to start at opposing dugouts and get to the same base.

And poor, helpless Joe Espada, looking like a man trying to get two different cats into the same car. This does not go on his résumé. This does go on the 2013 Marlins résumé, though. And once they figure out how to animate program covers, it's going on there next year, too.

Again, these are only the GIFs I made this year. There are probably dozens more that deserved consideration. Post some in the comments section, if you will. Let this be a true archive of baseball players playing poorly.