Derrick Rose, Reggie Rose and the unfortunate twists of The Return

Everyone wants Derrick Rose to return to the Chicago Bulls healthy and at the height of his powers. So why is there such tension between the team and Rose's handlers?

Share All sharing options for: Derrick Rose, Reggie Rose and the unfortunate twists of The Return

Forgive Reggie Rose if he doesn't have the most nuanced understanding of the collective bargaining agreement, the new mechanics of the repeater tax or the hard-capped realities currently facing the Chicago Bulls. The eldest brother and guardian of Chicago's homegrown superstar Derrick Rose has always had more important things to worry about.

Reggie is being painted as a dolt in Chicago this afternoon after comments made to ESPN Chicago's Scott Powers on Thursday about the future of the Bulls and how it ties to the immediate future of his brother Derrick, whose recovery from a torn ACL remains the most buzzed about topic in the city. Reggie's comments were tactless and poorly timed; his main request was also sort of impossible. But Reggie Rose is no idiot. If there were more older brothers like Reggie, the city of Chicago would be a lot better off.

Reggie has always been the leader of the Rose clan, and one who helped guide Derrick through the minefields to make it where he is today. Oh, there were many minefields.

The Rose's native Englewood is perhaps in the roughest neighborhood in Chicago, a place where coming home safe from school isn't the given that it should be. Ben Wilson didn't make it out of Simeon Academy, but Derrick did. He did largely because of the tremendous support system put in place by his family, led by Reggie. They helped him navigate the treacherous waters of the local recruiting scene. They sheltered him from media during those early days when he was entering the national consciousness as a high school junior. They fought off street agents and hangers-on and everything else that pops up when a down-on-its-luck community realizes one of its own is a prodigious talent. 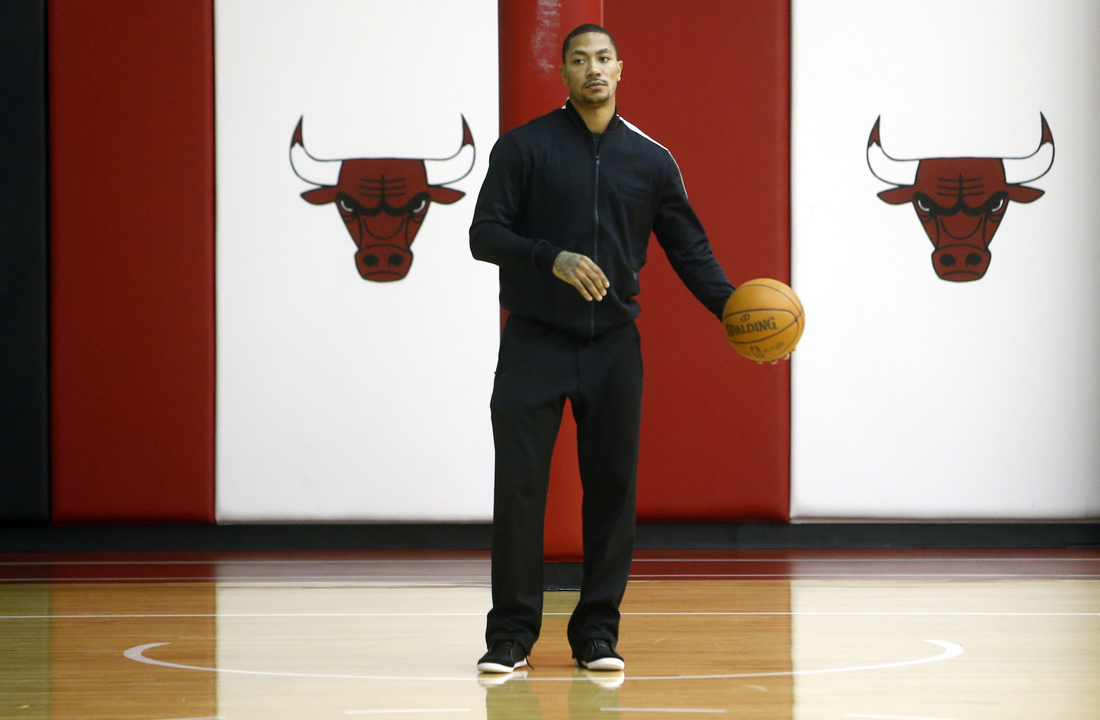 Instead, the Bulls did nothing, ensuring the franchise will pay the luxury tax for the first time in its existence. That it was on this day that Reggie Rose decided to blast the organization for failing to put better pieces around his kid brother was a clear misstep, if not downright illogical.

The comments came without warning or reason. They also gave everyone in Chicago something just short of a mild anxiety attack.

It's the latest twist in what's devolving into a nightmare for the Bulls and their fans. Everyone wants the same thing: for Derrick to come back this season, healthy and ready to carry the Bulls in the playoffs. Somehow, without either party saying much of anything at all for the better part of nine months, everyone still said too much.

Rose broke his silence last week in an exclusive interview with USA Today that provided more questions than answers about his potential return. Rose casually dropped the possibility of missing the entire season when everyone expected him back sometime after the All-Star break. He also said he isn't coming back until he's "110 percent healthy".

Some took the comments as an indication that Rose would be more cautious in his return than, say, Iman Shumpert, the Knicks guard who tore his ACL on the same day as Rose and has been back on the court for over a month. I thought it was a classic case of over-analyzing the clumsy tongue of a star athlete. I didn't believe an interview set up by Rose's agency was supposed to be anything more than a fluff piece. Somehow, it turned into a brewing controversy.

Rose spoke with local reporters the next night in Boston and only muddle matters further. He said he couldn't yet dunk in off stride, even though teammate Jimmy Butler said he saw Rose dunking in early January. He also again raised the possibility of missing the season, hinting that this was something more than a recovering athlete just trying to cover his bases.

And now there's tension. And now there might be a rift between the Bulls and Rose's camp. Members of the local media are already openly wondering who's at the controls with Rose, the Bulls or his team of handlers and endorsers. That it's gotten to this point is all sort of ridiculous. 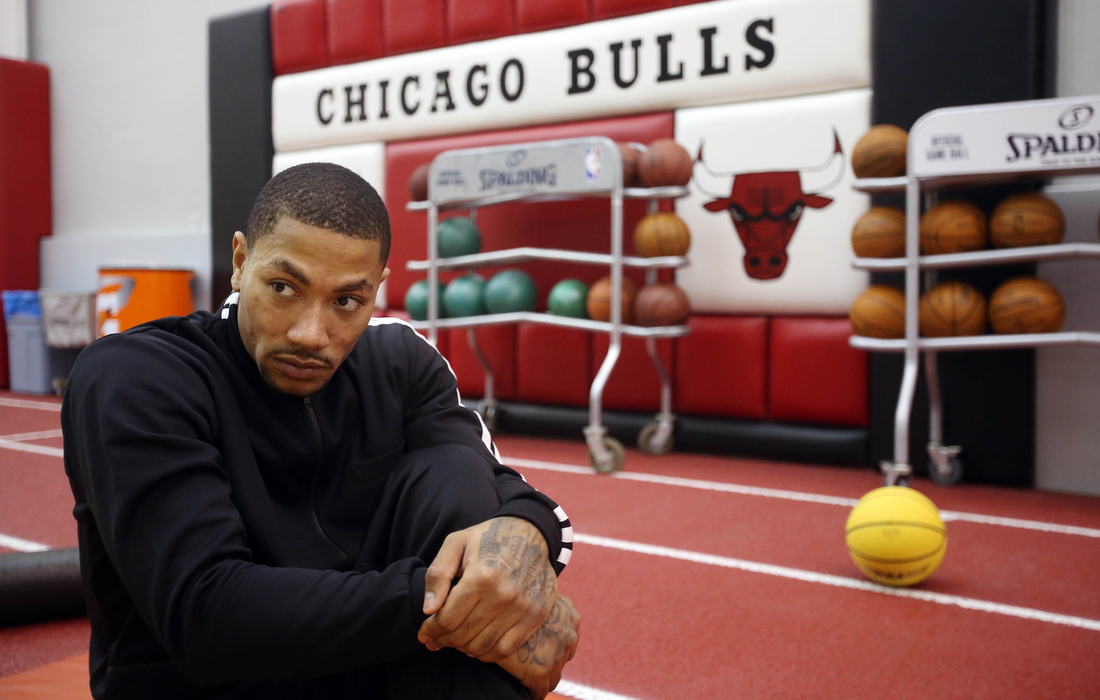 The problem, it seems, is that most of Chicago thought Rose's return was right around the corner. There were memes made and friendly wagers conducted over the exact date of his return. With the Bulls winning 59 percent of their games without the one-time MVP, most insiders viewed Chicago as the biggest threat to the Miami Heat in the Eastern Conference. This was all assuming Rose could come back at about 90 percent of his original superpowers.

Turns out Rose isn't as healthy as was suspected, and that he's certainly not going to risk long-term injury by carrying a gritty-but-flawed squad in the playoffs. This should be viewed as a good thing. The Bulls were never going to beat the Heat in the playoffs this year anyway. Anyone who held such delusions either hasn't been paying attention or believes life is a fairytale. The most important thing is that Rose gets healthy and stays healthy, and is ready to come out guns blazing when he is.

Derrick Rose can't afford another serious injury, and he knows this. He'd be letting a lot of people down.

But still, there's this tension. There's this rift. Or maybe there isn't. We won't know for sure until Rose is cleared to play.

There's now the growing possibility that Rose won't return when the team clears him, if the team is foolish enough to do so publicly.

The Bulls trainer is Fred Tedeschi, a man mostly notable for clearing injured players that coach Tom Thibodeau then uses and abuses. This happened to Omer Asik in the 2011 playoffs. It memorably happened to Joakim Noah in the 2012 playoffs, when the Bulls' All-Star center returned to the court after an ankle injury and proceeded to limp around until he injured it further.

There's now the growing possibility that Rose won't return when the team clears him, if the team is foolish enough to do so publicly. One would hope they're smarter than that. The Bulls have a superstar in Rose, and superstars are the currency of the NBA. There are 30 teams and only five to seven superstars. Chicago can't risk pissing off the 24-year-old who should be leading the team for the next decade.

All the while, Reggie Rose is saying the same things the fans have been. That the Bulls need to start using their big market status to their advantage. That a team with three All-Stars and arguably the best head coach in the league still might need a talent infusion.

There's some truth in Reggie Rose's words, and most recognize it. The Bulls deserve to be called out for slow-playing their hand when Rose was on his rookie contract, for dismantling their prized bench this offseason, for making more money than any team in the NBA over the last few years but still refusing to incur the fine for having more good players.

The Bulls and Rose never needed these comments, though. It's elevated the situation from uneasy to acrimonious while becoming a national talking point. Reggie Rose wasn't inherently wrong, and he's proved that his heart is always in the right place. When it comes to the well-being of his little brother, everyone seems overly anxious to kick-start to what's sure to be a long reign of winning.

There's one salvation here, and it's basketball. For the city and the player, the return still can't come soon enough.