NFL free agency: Why you don't want to play in any city

Are you an NFL free agent about to get a big money contract? Sucks to be you. Every NFL city is a hellhole, especially the one that you live in. Let Robert Wheel explain why your NFL city sucks.

Share All sharing options for: NFL free agency: Why you don't want to play in any city

I feel bad for NFL free agents. Choosing a new city to live in is pretty terrible; you don't know anyone, moving is a pain and good luck coordinating everything with the cable company.

But NFL players have it even worse than the rest of us because every NFL city is a dump that they don't want to move to.

Arizona Cardinals: The Cardinals play in a county run by a crazed elderly man that's constantly verging on the edge of chaos. If there were a zombie outbreak in Phoenix, nothing would change because that's just how things go there.

Atlanta Falcons: Welcome to a city whose greatest cultural landmark is either a retirement home for strippers or a grocery store where people get killed.

Baltimore Ravens: The Wire was way too positive about Baltimore. The Road was a more accurate depiction of what you'll find there.

Buffalo Bills: This is practically part of Canada except you don't get legal pot or free health care. All you get is lake-effect snow, seasonal affective disorder and bad doughnuts.

Carolina Panthers: Charlotte is just a whiter, frattier, lamer version of Atlanta. The traffic is better, though, so you'll be able to get to Chili's in no time!

Chicago Bears: Only the offensive linemen will weigh more than the average local resident. On the bright side, snow's never as pretty as when it's blowing in your face sideways at 40 miles per hour.

Cincinnati Bengals: "Oh, we have to go to Kentucky to have a good time." This is something that Cincinnati residents say every day.

Cleveland Browns: You probably heard that the Cuyahoga River caught on fire. That's because it was trying to get high so it could forget that it lived in Cleveland.

Dallas Cowboys: Are you changing planes? Do you have a cocaine problem? Are you laundering money into Mexico? If you answered no to all three of those questions, then you have no reason to be in Dallas.

Denver Broncos: Denver: The city for people who've given up on themselves! Seriously, the city's logo is just a guy wearing a company-branded polo shirt and driving a Ford Taurus.

Detroit Lions: You probably know that Robocop was set here. You know what else was set in Detroit? The Book of Revelations.

Houston Texans: Welcome to the World's Largest Superfund site! Texas is America's ass and this is the butthole.

Indianapolis Colts: If you want to have fun in Indianapolis, go to the airport to hang out. The people there are ecstatic because they're leaving Indianapolis.

Jacksonville Jaguars: Do you love the ennui of living in Florida but hate the terrific weather and attractive women of Miami? Then move to Tampa. Jacksonville is only for hobos and debt collectors.

Kansas City Chiefs: Kansas City is a city in the sense that Dr. Dre is an M.D. It's nothing but a string of public restrooms choked with barbecue shits. 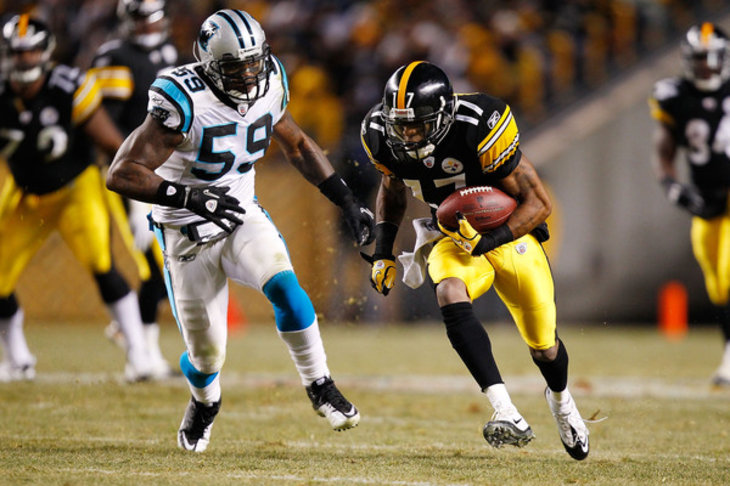 Miami Dolphins: Remember the Miami video by Will Smith 15 years ago? All those women are now dead of samurai sword attacks or hepatitis because they live in Miami.

Minnesota Vikings: Just like the ice planet Hoth, except Minnesotans smell worse than the tauntauns.

New England Patriots: The Fighter was an accurate portrayal of the Boston bar scene: women with bad skin and worse hair and guys who want to beat the shit out of you.

New Orleans Saints: The reason New Orleans is so fun is because the cops don't care what you do. You don't so much buy things in New Orleans as you rent them until someone breaks into your house to take them.

New York Giants and Jets: Hey neat, you get to live in New Jersey, the state that has electricity 11 months a year!

Oakland Raiders: If you move to Oakland make sure that you don't wear any gang colors. Have fun dressing in chartreuse every day because they've taken everything else.

Philadelphia Eagles: If you like a place for people who were too annoying to live in Washington, D.C., but not smart enough to make it in New York, then Philadelphia is the city for you.

When they moved the Rams from Los Angeles to St. Louis, the players reacted like you did when you found out that your Christmas present was a book and not a video game.

St. Louis Rams: When they moved the Rams from Los Angeles to St. Louis, the players reacted like you did when you found out that your Christmas present was a book and not a video game.

San Francisco 49ers: San Francisco is cool but this team is moving to Santa Clara. Hope you like neighbors who won't shut up about the latest TED Conference.

Seattle Seahawks: Sure, Seattle sucks when it rains, but it is even worse when it's sunny because everyone can clearly see that they live in Seattle and they get even more depressed.

Tampa Bay Buccaneers: Great if you want to get a DUI on your personal watercraft, work as a stripper life coach or buy an illegal Christmas tree. Horrible for everything else.

Washington Redskins: There are men here who wear their work IDs on the outside of their suits, to bars, to impress women.

So apologies to the NFL free agents out there. Maybe you could go back and get your masters? Your college town was pretty fun.