Share All sharing options for: Gnawlins: the heavenly pork shoulder at Sylvain

I can never say what my favorite meal is for the same reasons I can never pick a favorite song or movie or book: there are simply too many to cherish, to celebrate, to recommend to others. To select just one as a favorite is a slight to countless other works of art, but I do have a short list of favorite dishes: the bo ssäm at Momofuku, the pork neck and wings at Pok Pok, the braised rabbit at al di là. Since going to New Orleans for the Super Bowl, I've added Sylvain's pork shoulder with grits and greens to that short list.

Sylvain is a gastropub that draws inspiration from the Spotted Pig, a West Village landmark where Sylvain founder and owner Sean McCusker often ate while he worked in the publishing industry in New York. He's behind the bar when Vox Studios executive producer Chad Mumm sat down with our brilliantly made Old Fashioneds. The bitters in the drink stands out: more aromatic and spicier than Angostura, so Chad asks McCusker what kind he used.

"It's actually called Old Fashioned bitters," he replies. "It's basically cheating." While McCusker manages the busy bar, Chad and I feed him compliments about the décor and music and ask for appetizer recommendations. He responds by doling out complimentary shots of limited-edition Jack Daniel's ("You can't get this anywhere else, because I bought all of it") and recommending the beef belly and the veal sweetbreads. We listen to him. 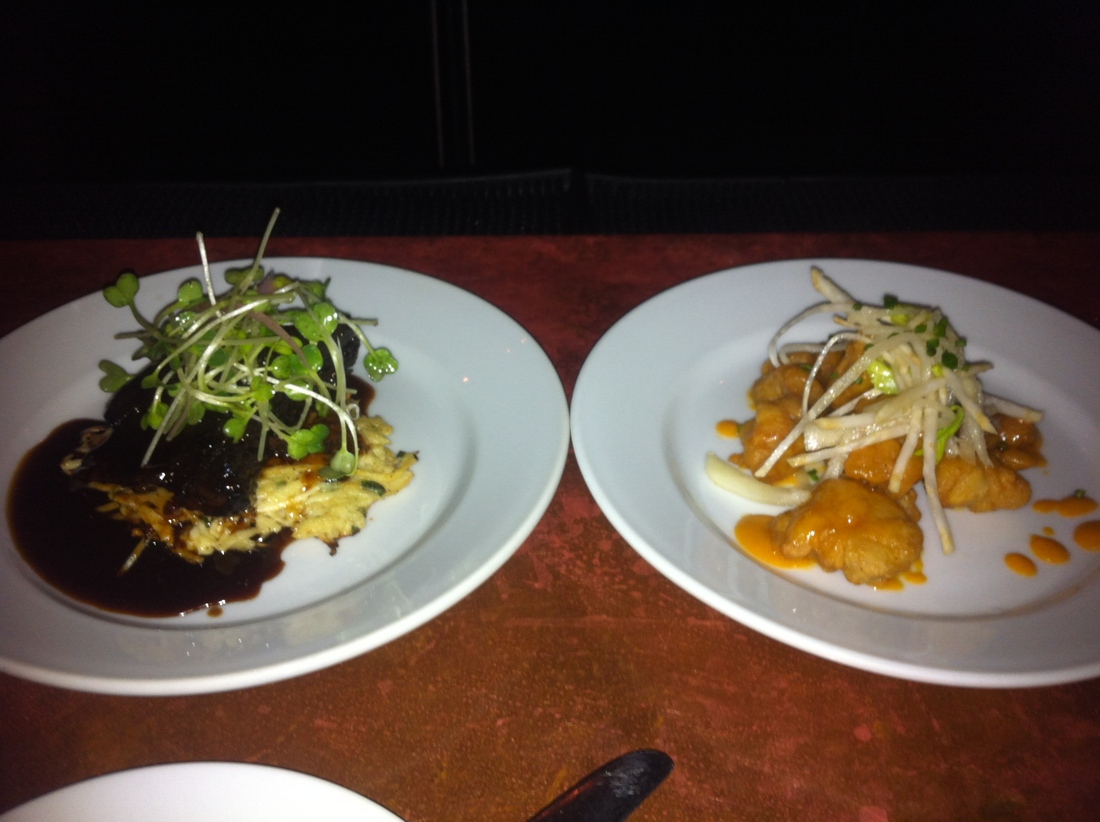 The culinary world dresses up unappetizing things in pretty words, because diners are more likely to order "squab" than "pigeon." This is especially true of sweetbreads. Just so we're clear, the dish on the right in the photo above is fried calf glands doused in Buffalo sauce. AND THEY ARE DELICIOUS. The taste is similar enough to chicken, but lighter -- less meaty -- and the fried crunch is equally light, reminiscent of lightly battered Korean wings. Sylvain's Buffalo sweetbreads are a perfect execution of the gastropub ideal: hifalutin cuisine with a bar-food spin, a delicacy made accessible.

For the entrée, I order the pork shoulder with grits and greens. This decision is based on the rave review of Brett Dykes, the editor of UPROXX and a New York Times freelancer who spends his off hours selling people on the idea of eating at Sylvain (Andy Staples of SI is a convert, and Sylvain also serves as the backdrop for Dykes's chance run-in with the mayor of New Orleans that appeared in the Times). The pork shoulder, Dykes writes to me, "is my favorite entrée of any restaurant in the world right now." Chad orders the braised beef cheeks (left) like a sucker. 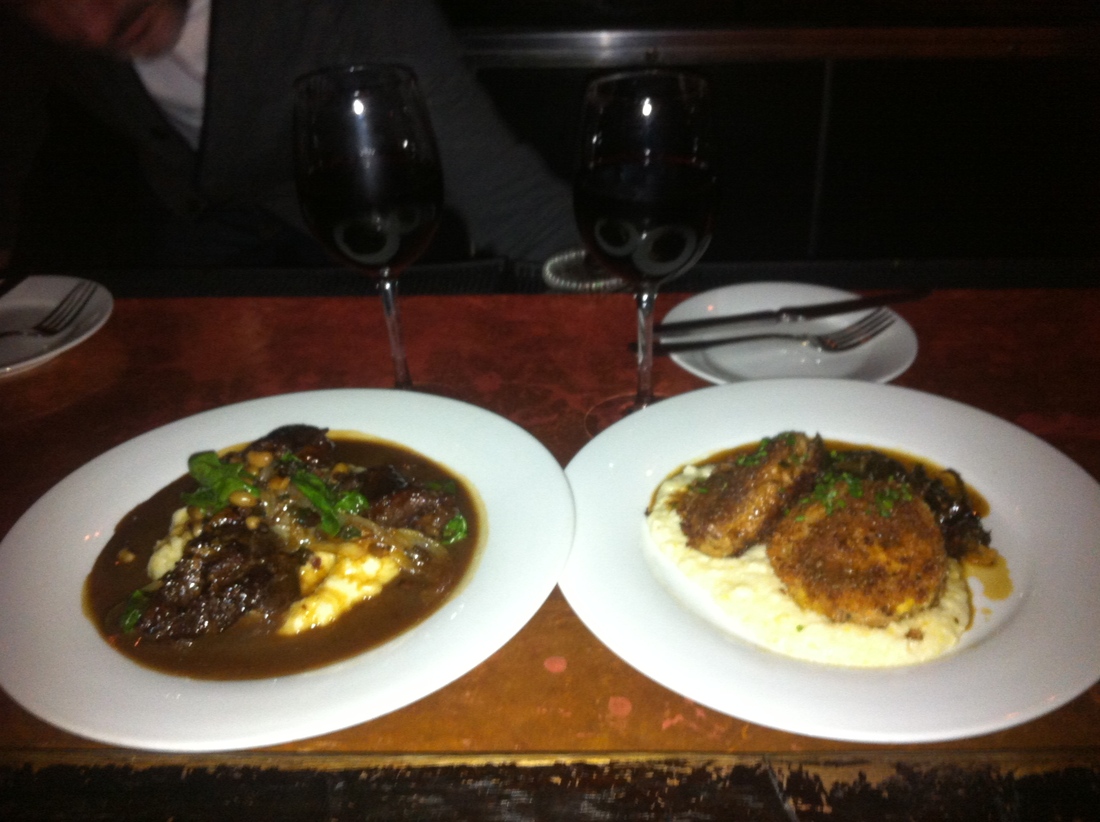 This is not to say the beef cheeks are bad. The beef cheeks are delicious. But the pork shoulder ... the pork shoulder is ambrosia. Whereas the Buffalo sweetbreads are delicacies prepared for a bar crowd, the pork shoulder is the opposite with the same effect: comfort food made with exquisite care, talent and vision. The two hunks of tender shredded pork are pan-fried, giving the meat a crispy exterior that keeps it moist and intensifies the flavor, rich and savory with tones of mustard. Paired with the impossibly creamy grits, it is one of the best things I have ever tasted -- and I don't even like grits. The texture and flavors are so beautifully matched and balanced that I'm emotionally shaken: my eyes literally well with tears as I eat the meal. I am consuming art. Maybe that sounds like bullshit to you, but if you haven't eaten Sylvain's pork shoulder, you're in no place to judge. Get your ass to New Orleans and see for yourself.