Seminole fans tomahawk chop without mercy as they cheer on Florida State, who they hope is doing the same.

Florida St.'s 9-9 record in the AAC might not be all that fearsome, but its tomahawk chop is. Here's a picture of it in action, via Bomani Jones. 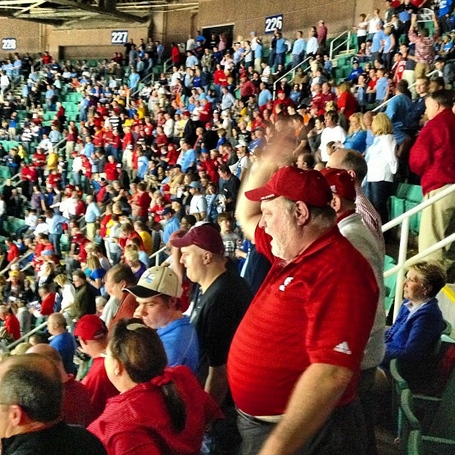 This gesture, fondly known as the 'Nole chop, can make any Seminole fan look fearsome. Hopefully for the fans, the team resembles the chop as they play North Carolina in the ACC tournament quarterfinals Friday night.