Where do you find the best values in the NBA? Unsurprisingly, it's in the draft and on the free agent scrap heap.

Share All sharing options for: Value added: Late draft picks, cheap veterans the most cost-effective producers in the NBA

Grantland's Bill Simmons has long done an annual look at the best and worst contracts in the NBA -- this season's list of the bad was topped by Joe Johnson and Amar'e Stoudemire. Simmons has also widely and loudly sung the praises of Chandler Parsons, the Rockets small forward who produces consistently on a dirt-cheap contract. Parsons came out of the second round of the 2011 NBA Draft. (Remember that, because he's not the only cost-effective producer out of that class.)

I wanted to do a straight math look at the most cost-effective producers in the league. Basketball-Reference's superb data made this possible. Using their salary information and 2012-13 production data (pulled a week ago, so about three to four games out of date), I took a look at who were the best values in the league.

I needed a way to measure production, though. I ended up using a simplified version of John Hollinger's PER (Game Score, really), which isn't perfect but was tenable and explainable. Basically: you add up the good things players do that show up in a box score with appropriate values placed, you subtract the bad things and you have your number.

And yep: Chandler Parsons is the most cost-effective player in the NBA. 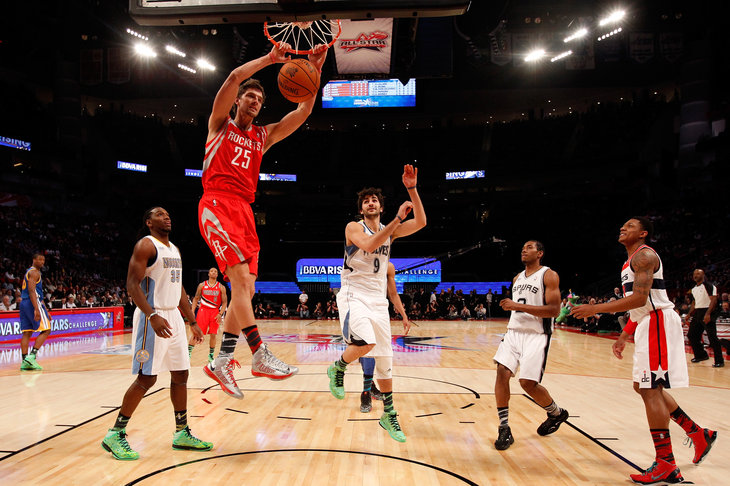 No. 2 on the list is another player who was taken in the second round of the 2011 NBA Draft: the Kings' Isaiah Thomas. As of March 10, Isaiah had cost just $1,350 per unit of production. His production is worth $7.8 million; he's making $762,000. He basically pays for himself and Marcus Thornton's salary. (Somewhere, a Maloof's ears perk up.)

Here's the rest of the top 10 in dollars per unit of production.

The next two names on the list: Andray Blatche and Matt Barnes, who are each being paid a bit more than $1 million and have produced nearly $6 million worth. Are you sensing a theme?

Parsons, Thomas, Stephenson and Taylor are all recent second-round draft picks. (Stephenson came out in 2010, Parsons and Thomas in 2011 and Taylor in 2012.) Vasquez and Faried are recent late first-round picks. Roberts, Prigioni, Robinson and Beverley (as well as Blatche and Barnes) were veteran free agents this past offseason.

Among this group, you won't find any max players, lottery picks or big name free agents. But of course, you're not winning championships with these guys as your best players. Having these players allows you to have salary cap space to spend on the more expensive players whose production you also need. If you can get starter-level production out of your $800,000 second-round pick or your $1.1 million bargain bin free agent, you can spend big money on players who can produce but come with a much higher price.

There's another way to look at this, too -- by how much in real dollars players outproduce their contracts. After all, while Parsons and Brian Roberts are comparable in terms of cost per unit of production, one of them (the Rocket) is producing a ton while the other is just really, really, really cheap and also somewhat productive.

So here are the 10 most underpaid players in 2012-13 based on the measures we're using.

A few of those names are pretty damned interesting. Harden's production indicates he'll be more than worth his max contract, which kicks in next season. (Keep in mind that these players have another month of production to add in.) Curry's extension, which also kicks in next season, will pay him an average annual salary of $11 million. If he plays like he is this season, he'll earn every dime. Lawson and Holiday are in similar boats. When you consider that all four of the aforementioned players are still quite young and would be expected to improve, those extensions look wonderful.

Walker has had a pretty strong season, and looks like a keeper for the Bobcats. The No. 9 pick in 2011 has two more seasons on his rookie deal. Parsons, Vasquez and Faried have been productive enough to make this list, and Paul George is a star on a rookie deal that was outside the lucrative top five. 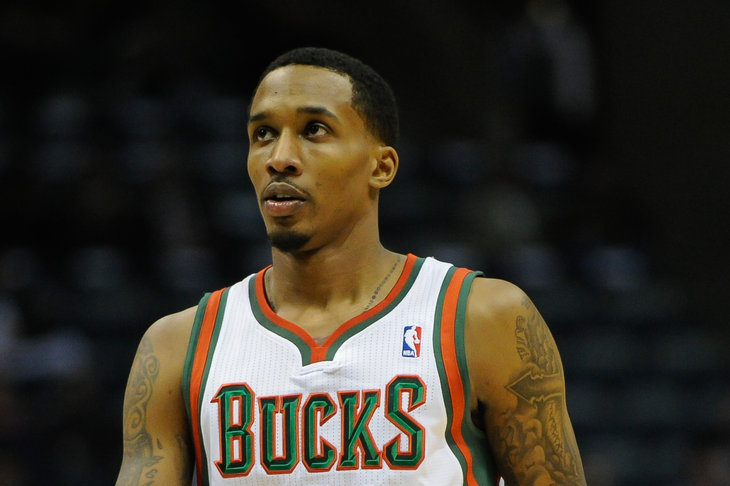 But the craziest name here is Jennings, who will be a restricted free agent in July. He's been talking about a max deal. We all laugh. (Well, most of us laugh.) Yet this little study says he's worth the same as Paul George, Jrue Holiday and Ty Lawson ... at pretty darned close to max salary. If Jennings' production stays the same through season's end, he'll have been worth roughly $14.5 million in production this season. A max contract pays $15 million in Year 1. That's pretty damn close.

And to answer the question you're all asking: the production measure used here does penalize for turnovers and missed field goals. Jennings still rates highly. Defense is what is under-represented in the measure, though blocks, steals and defensive rebounds are all included.

Despite the importance of the draft, Damian Lillard (No. 11) is the only rookie in the top 50 in surplus value. But every player in the top 21 is on his first contract. (Then there's a string of veterans: O.J. Mayo, J.J. Hickson, J.R. Smith, Robinson, Blatche and Barnes.) Kevin Durant and LeBron James are the only two players worth more than $20 million through March 10; a couple others could join them by the end of the season. We'll take another look at this leading into free agency, especially with regards to Jennings. And soon we'll look at the worst contracts. (Obvious point: Derrick Rose and Andrew Bynum look quite bad right now.)

• The morality of Lakers trolling