A day in the life of the Cactus League

Looking for self-indulgent ramblings from a guy who went to spring training? Good, good, you're in the right place.

Share All sharing options for: A day in the life of the Cactus League

March 13 started with a one-sentence e-mail: 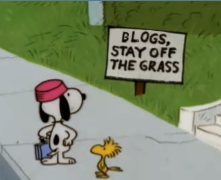 Yeah, that. It doesn't matter which organization sent the e-mail. There are still a few of them who don't like the Internet. But it was a reminder that even in 2013, sometimes bloggers still need to post their cat pictures with a raised fist.

The spring-training complex of the Cincinnati Reds is a shiny new facility in Goodyear, Arizona, with four fields, an unbelievable workout facility, and a hill. One of the conditioning coaches was involved in the planning of the complex, and he said something like, "You know what should go right here? A hill." So they put a hill there. It has a big ol' Reds logo on it. And in the early-afternoon heat, there were a bunch of Reds running up and down the hill. Apparently, it's just about the most popular piece of real estate in the entire complex. No joke.

The Indians share the complex, but they don't have a hill on their side. There is, to paraphrase General Turgidson, a hill gap. The Indians split the cost of the place, but there they go like a bunch of jerks, totally without a hill. Remember that in September.

About a quarter-klick from the hill, there were three fields, all crawling with minor leaguers. It was hot. Arizona gets hotter, but this was hot enough. And on one of the fields, some baserunning drills were going on. Players would jog to second or third, a coach would whap a ball into right, and the players would pretend it was a game situation. When it was over, different runners would run out to the bases. This went on indefinitely. It's probably still going on. It's the scene that plays in the head of the people who claim baseball is boring.

At this point, I don't think you can be cynical about Prior's comeback and say, "Well, sure, when there are millions of dollars at stake …" That can't be it. He's already made close to $13 million. More than that, though, how close do you think those potential future millions really seem to Prior? He hasn't appeared in a major-league game since 2006. He's pitched 73 innings in the minors since then. He's spent more time out of baseball than in, and now he's a 32-year-old man surrounded by teenagers and 20-somethings, sweating and watching baserunning drills for no good reason.

Or maybe for the best reason.

Your level of profundity may vary. But it's easy to think of rehab as something that happens in an isolation tank, where players get in and pop out a year later, like the crew in Alien on a long space flight. Phew, that felt weird, and I need to stretch, but other than that, ready to go, Skip! Instead, there can be a lot of sitting around, arms folded, watching other people play five percent of a fake baseball game. Oh, there's also several hours of intense daily conditioning.

Not like you were looking for a reason to root for Mark Prior, but if you were …

Lesson #2: George Foster is aware of his own merchandising

I owned a George Foster garbage can growing up.

You would think that would be a good pickup line. You would be absolutely correct. While I was oh-for-three using it myself, that was a small sample size. Those are basically spring stats, and you can throw them out the window. It's a great line. It's also true. For no apparent reason, mingling with the Giants and A's paraphernalia that dominated my room as a kid, there was a metal garbage can with a cartoon George Foster on it.

Or was there? As I got older, I started to doubt the existence of said can. It was like a fever dream, the kind of thing that a baseball obsessive would see in his own brain as he peered over the tipping point.

At the Giants/ Reds game, George Foster was sitting at a folding table on the concourse behind third base, signing autographs for $10. There wasn't a line. The first time I walked by, a Giants fan made a crack about the trade that sent him to the Reds, which was going to be my opening. Damn. I decided I didn't need to …

The garbage can. I had to ask him about the garbage can. So I paid the ten dollars, shook his hand, and told a grown man that I had a once had a garbage can with his picture on it.

He squinted for a second, and said, "What?" Now I figured I had made it up. It was something my subconscious invented when I was twirling at a H.O.R.D.E. festival one year, and now security was going to mace me.

But he finally said, "Oh, yeah!" and recounted the slogan on the can: "Up the middle, or just goodbye: another Foster R.B.I."

Validation. Sweet, sweet validation. So if you think players don't know what kind of junk they're allowing their likeness to grace, that's not always the case. Sometimes they remember the metal garbage cans.

So I was watching that Reds/Giants game with Jeff Sullivan from FanGraphs, and around the fifth inning I said, "Hey, you know what would be cool? If you and I got an apartment down here together," and then he got really quiet and didn't say much for the rest of the game, even though I was just kidding, and even if I weren't kidding, I was just talking about a rental in March to save us money, nothing weird, and it's like, man, some people just can't take a joke.

Lesson #4: Spring training is kind of a big deal

The day started with a grumbly e-mail from a team official telling me that he didn't spit issue no credentials to no bloggers no how. The day ended with me (and some Rob dude) going on the Diamondbacks' radio broadcast with Steve Berthiaume and Tom Candiotti around the seventh inning of the D-backs/Brewers game. There's a temptation to make a Big Point with the contrast. Instead, the little point is more appealing: It was kind of funny.

Two quick points: The first is that it's really, really hard to pause at the right time and let the announcers call the game. Like, amazingly hard and awkward. So maybe it's time to stop giving Michael Milken so much crap.*

Second, if the point of watching baseball is to be entertained, then trading Daron Sutton and Mark Grace for Steve Berthiaume and Bob Brenly is like trading Willie Bloomquist for Mike Trout. If you're spending three hours every day with announcers, don't underestimate how much they contribute (or don't contribute) to your enjoyment of the game. And that old crew was almost without peer. Not in a good way. Diamondbacks fans will be more entertained watching baseball now, which is the point.

For most of the game, we sat in the stands at Talking Stick, though toward the end we walked around. And lesson #4 is this: It's almost incomprehensible that the place exists. It's a brand-new baseball facility that holds close to 13,000, which is how many show up just about every night. When the Diamondbacks play (they share the site with the Rockies), it's usually a sellout. The outfield lawn seating was like a Hieronymus Bosch painting, with young, drunk, giddy people buying a ticket that explicitly allows them to stay on someone's lawn.

The gleaming new park is like something you might have seen in Rapture before the water came in -- someone's idea of a sterile, idyllic baseball paradise. And it's pretty danged close to just that. Looking at the overstuffed stands, with people in shorts roaming around eating $7 cotton candy, it's hard not to think of baseball in the '70s:

The crowd at Talking Stick was more than half the teams were averaging in 1976. And those are the announced attendances; you know there was a little fudging going on when it came to actual people in the seats. Look at Wrigley up there. I can't stop staring.

It's not this anymore, though: 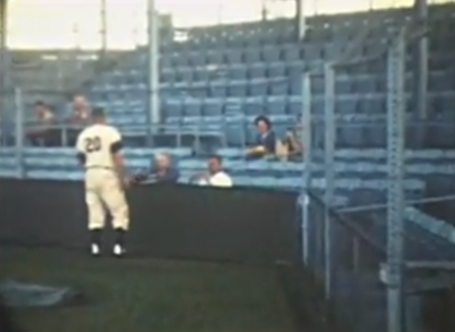 It's a big deal now. And when you're there, watching baseball hundreds or thousands of miles away from a much colder home, you kind of get it. The real surprise is that it wasn't a big deal all along.