Andrew Bynum, Derrick Rose and what little we actually know

Andrew Bynum and Derrick Rose are both questionable to return this season. How we view each remains stunningly different. But what do we actually know about them?

Share All sharing options for: Andrew Bynum, Derrick Rose and what little we actually know

It's not hard to whip a jump rope around in a circle and find someone willing to call Andrew Bynum a bum. Try doing the same to Derrick Rose and you'll have an entire city cracking its knuckles in your general direction. The two injured stars have been the foci of speculation on whether they'll return during this season or push it to October. And that's where the comparisons end.

Rose, a former MVP and guy renowned for his humility and tact, gets a consistent benefit of the doubt. Bynum, who has been marked as a malcontent a few times already, gets none. And that might be fair to some degree: there's a reason Rose is respected and Bynum draws eye rolls. Bynum is the type of kid who would allegedly decline Kareem Abdul-Jabbar's coaching, who would delay knee surgery to attend the World Cup, who would go bowling while nursing a knee injury, who would give a Playboy bunny a public piggyback ride while nursing a malady. Rose works hard, trains harder and devote time and energy to programs trying to stem gun violence among Chicago's youth. They are different people, and that factors into how differently they are seen.

To keep or not to keep 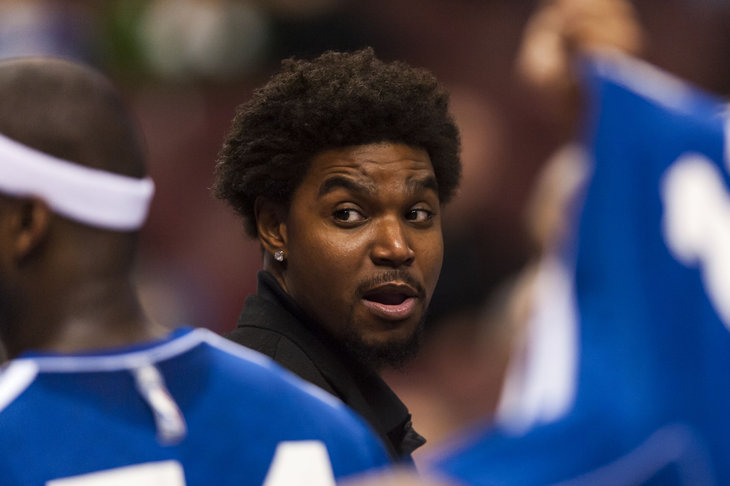 Is that fair? In the aggregate, yes! You are what you do. Bynum does things that look selfish at best, and he comes off surly in his best moments. That's stuff he can fix if he wants to be seen differently. Obviously, it hasn't been all that important to him. Meanwhile, being a nice person is important to Rose. So he's nice. Cheers to that. He's a real benefit to the greater NBA and Chicago communities.

But in this specific instance, with two players who are injured and who both are very obviously doing the work necessary to test their bodies and get back on the court, is it fair that we see them differently? Is it fair that we lionize Rose for working hard to return while smacking our foreheads and screaming into the clouds at Bynum's lack of progress? Does Bynum -- no matter how much of a jerk he's been over the years -- deserve some deference?

What worries me is not that Bynum is going to get unfairly sullied; again, you are what you do, and Bynum has a certain reputation for well-reported reasons. I'm worried about the precedent it reinforces. Yes, reinforces -- this stuff has been around forever. In recent times,Vince Carter and Tracy McGrady picked up the tags of weak, soft and disinterested in basketball ... all because of injuries. T-Mac had the chronic back issues and migraines. Vince did a lot of grimacing to show pain. Both were made fun of endlessly. Vince turned out to be pretty darned resilient. T-Mac was eventually prescribed some sleep regimen to deal with the headaches, and eventually played with two surgery-requiring injuries in the 2008 playoffs.

Questioning anything about injuries is dangerous business. Too often fans misplace frustration at situations as frustration at players. You're damned right that this Bynum issue is frustrating: the Sixers gave away a top-5 perimeter defender in Andre Iguodala, Moe Harkless and the quickly improving Nikola Vucevic and have literally nothing to show for it right now. But this isn't Bynum's fault: he'd prefer not to be injured. Anyone who thinks otherwise is a fool. Free agency is months away. Every night in a suit hurts his chance at inking a max deal. Even if you think the worst of Bynum -- that he's totally selfish and cares not about the fate of his team or teammates -- you still have to realize it's in his best interest to get back into action. He's not tanking his own opportunity to get paid.

Back on the bench 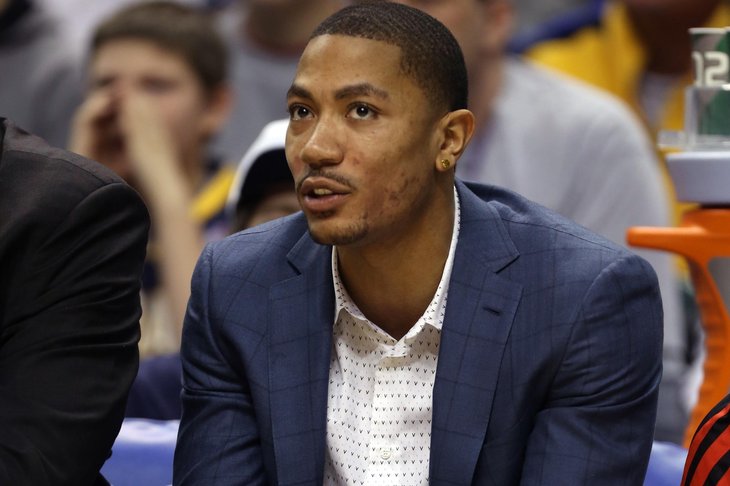 Derrick Rose joined his teammates on the bench in Indiana. Blog a Bull wonders if this means anything

I fear that though Bynum deserves little leeway in general, this whole episode will only reinforce the worst we think of him, with no proof he deserves this incident is more of the same from him. There's a distinct lack of compassion when it comes to Bynum, as if he deserves that which befalls him. It's something we as a community of basketball fans apply selectively based almost wholly on media projections of who these rich young men actually are. I've never met Rose, I've never met Bynum. I know only what I've been told about these two guys. It's frightening to think about that, and to think about what I think about the players, and to think about how their injuries affect my opinions of them.

For all we actually know, which is little, the exact opposite of our assumptions could be true. So who are we to pick and choose who we award deference to? Who are we to consider Rose a fighter and Bynum a chump? The whole situation makes me uncomfortable, ever more so when another fan casts aspersions on the one with the already-bad reputation.

Tim Duncan is almost 37. On Saturday, in 26 minutes of action, he had 16 points, 11 rebounds, six assists and five blocks. Since 1997-98, Duncan has 22 games with at least 15-10-5-5. Shaq recorded the same number, and Kevin Garnett has 17. Marc Gasol has a couple of recent ones. You'd think Roy Hibbert could start racking these up every now and then.

* Bill Simmons teased out the best bargains in the NBA in a column. Simmons does a nice job of categorizing the typical bargains into groups. It's worth noting that there are bargains within those groups as well. As for second-round picks, the ones with 3- to 4-year deals loaded up with team options reign supreme; Gary Neal is still on one for theSpurs, and the Kings have Isaiah Thomas locked into one. The risk with a 1- to 2-year deal for a second-round pick is that if the prospect pans out quickly, you're not getting a bargain at all behind that initial timeframe. In fact, the ability to reach a second contract more quickly is a reason some players projected to go late first would prefer to drop into the second round. It's a crazy balance between guaranteed money and the potential for an elevated salary within a couple years; we all remember Gilbert Arenas signing a fat contract after two years in the league thanks to being a second-rounder.