Changes in the way the NFL does business could signal rough times for veteran free agents who are not at the top of teams' want lists.

Middle class decline. Those buzzwords astutely summarize the last decade or so of economic trends. You're probably familiar with the concept yourself if you've moved out of, or more likely moved into, your parents' basement in the last six years. The economy is replacing middle-class jobs with low-wage service positions, accelerating the slide toward two distinct income brackets. Something similar is happening in the NFL.

"There is a lot of discussion right now about the shrinking of the middle class in football. Elite players continue to get paid at high levels and there are no more $3-4 million players. A lot of that is because teams are getting better at scouting college players and the draft has become efficient."

We certainly saw the "elite players" part of that on Friday when the Ravens signed Joe Flacco to a gargantuan deal making him the highest paid player in the NFL. (Insert your own Flacco elite joke here). 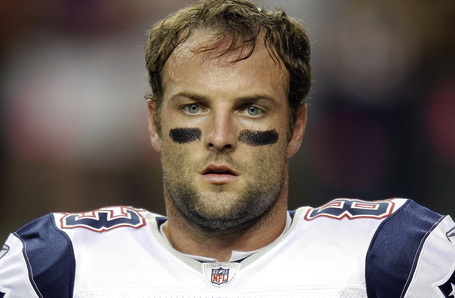 Which players are due for big contracts this year, and which ones will be part of that disappearing middle class?

Free agency starts on Tuesday, March 12. As usual, you'll see the big names get snatched up early with rich contracts. There will probably be a few players on the fringe of that top tier holding off, exploring all their options while waiting for the market to set a natural price point. Free agent moves could ebb noticeably after that, when teams used to turn to Plan B and Plan C, signing an outside linebacker or a third cornerback for the $3-4 million or so Demoff suggested.

There figures to be a real crunch further down the spectrum of free agent players, like the guard who signs a $1 million contract to round out the depth chart or the defensive tackle who would have been guaranteed part-time work as a rotational guy to take 20 snaps a game as a run-stuffer.

The second and third day of the draft is rife with role players and even the occasional starter. There's another factor at play here beyond smarter scouting departments. NFL writers and fans got their first extended look at the option offenses last season thanks to successful debuts by a trio of talented young quarterbacks. College fans have been seeing similar things on the field for years now.

Scouting departments only have to do part of the work, albeit the lion's share, because linebackers, defensive ends, offensive tackles, cornerbacks, etc. are seeing the variety of offenses at the college level, from the pistol to pocket statues.

Teams can rely more on rookies today because coaches no longer have to get them adjusted to a completely different version of football at the pro level. The most famous example of this is Mike Shanahan lifting pages right out of Baylor's playbook for RGIII or Greg Roman getting an advanced course in the pistol offense with Colin Kaepernick. The same goes for linebackers, tackles, etc.

A few more side effects of the NFL's shifting labor economics:

1. It stands to reason that a handful of those $4 million players will eventually find work this season in the NFL. Teams will get a better sense of what their rookies are capable of once they go through the draft and the spring practices that follow. General managers can then seek out veteran middle-class free agents to fill spots they didn't address in the draft and learn more about what the rookies are capable of. Needless to say, that $4 million free agent will be more like a $1 million free agent at that point.

2. Unlike pocket passers or do-it-all running backs, injuries are not going away anytime soon. Concussions, torn ACLs and ripped triceps all mean job openings for those middle class players. For teams it means a slightly richer pool of street free agents to fill needs in October. Of course, that too means depressed contract values for veterans.

3. Cheap labor to replace a fullback is one thing, but I'm anxious to see how this principle applies at quarterback. Every team in need of a signal caller is hoping to find the next Russell Wilson, a franchise quarterback with a mid-round pick. It's not that easy. Or, can teams find a guy who can get them by for a year or two, someone with enough speed to run the ball that can serve as a cheap fill-in? Think about what John Fox did in Denver with Tim Tebow. Quarterbacks as limited as Tebow are unlikely to find their way into the first round again, but smart coaching staffs might see just enough from a player to keep the team reasonably competitive until the front office can find a more permanent solution.

4. Middle class veterans will always be of some use to rebuilding teams and franchises bringing in new coaching staffs. They can turn to trusted veterans to help implement a system or lead a locker room, without breaking the bank on the upper class free agents.

In the end, this may just be a temporary issue, driven by a relatively flat salary cap since the NFL and NFLPA agreed to the most recent collective bargaining agreement in 2011. The league agreed to a lucrative extension with broadcast networks CBS, FOX and NBC in 2011 that increased fees some 63 percent. Along with the league's other deals with ESPN and DirecTV, the NFL is expected to reap nearly $3.1 billion a year in broadcast revenue from 2014-2022, up from $1.9 billion this year, according to the Wall Street Journal.

The cap is tied to revenue. Additional money from TV deals will affect the 2015 cap, pushing it up higher than the two percent increase it saw this year. Couple that with a requirement for teams to spend an average of 89 percent of cap money on player contracts and a league-wide average of 95 percent spending over the next four years, and it could mean a more robust middle class again.