The number of injuries continues to rise as a result of the bombing at the Boston Marathon.

A total of 176 individuals have been admitted to area hospitals as a result of Monday's Boston Marathon bombing. Three are confirmed dead with 17 others suffering critical injuries. Local, state and federal officials updated the media on the situation at a Tuesday morning press conference. 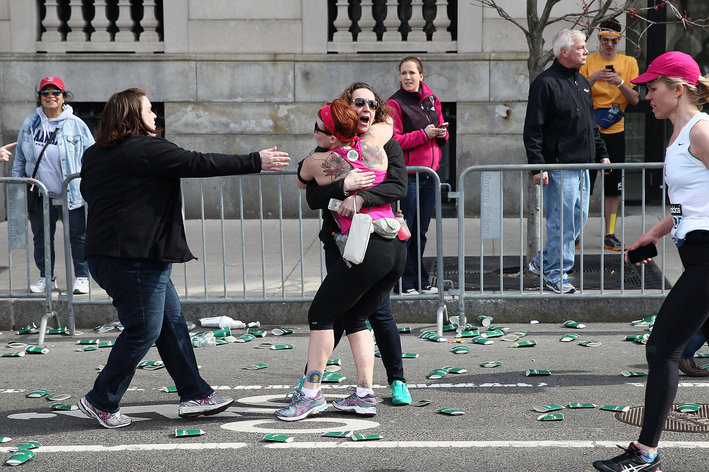 The two initial explosive devices detonated near the Boston Marathon finish line remain the only found within the city, according to a press conference with Boston officials on Tuesday morning. Reports of initial devices turned out to be untrue.

Law enforcement officials have not detained anybody in connection with the bombing. Boston police commissioner Ed Davis called the affected area "the most complex crime scene in the history of the department." Police are expected to continue the investigation in the Copley Square area for another two days.

National Guard and State Troopers are deployed near major transit hubs, including Boston Logan airport and metro stations, even though officials believe that the threat has likely passed. Superintendent of Massachusetts State Police Timothy Alben said the enhanced presence is to provide comfort to the public, solicit cooperation, and seek out tips. Many officials asked those with pictures and videos of the scene to come forward.

Davis added that residents should "live their life" but requested space near the crime scene area as the investigation continues.