Share All sharing options for: The taxonomy of pitch faces: Boston Red Sox

Welcome to another episode of pitch faces, in which we look at the stupid faces professional athletes make while doing their jobs. Do you want analysis? Here's something on major-league salaries. History? Check out Rob's great piece on 42's villains. There's actual content here sometimes, we promise.

But every so often, you just want someone to categorize and classify stupid faces. We're here for you. The alternative was a piece that was essentially "We know two weeks of April stats doesn't mean anything, but here's something about April stats." Instead, here are some Red Sox and their stupid Red Sox faces. 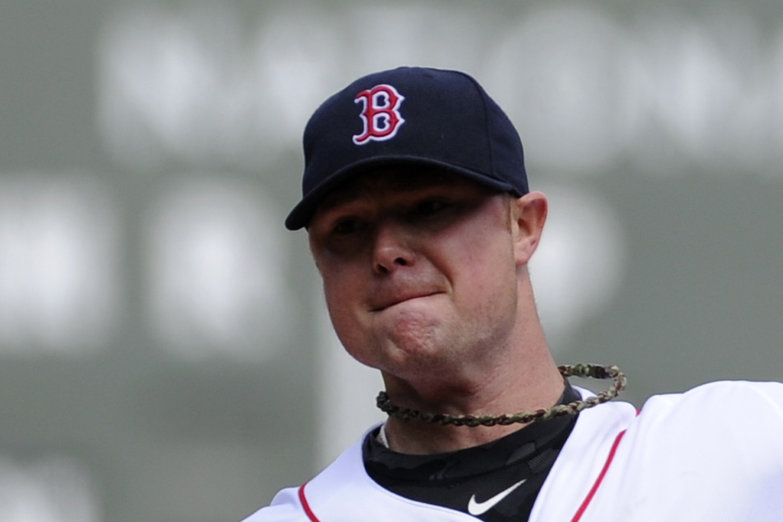 Ice Cube: "Either they don't know, don't show, or don't care about what's going on in the hood. They had all this foreign shit. They didn't have shit on my brother, man."

Saltalamacchia: Wait, are you crying? 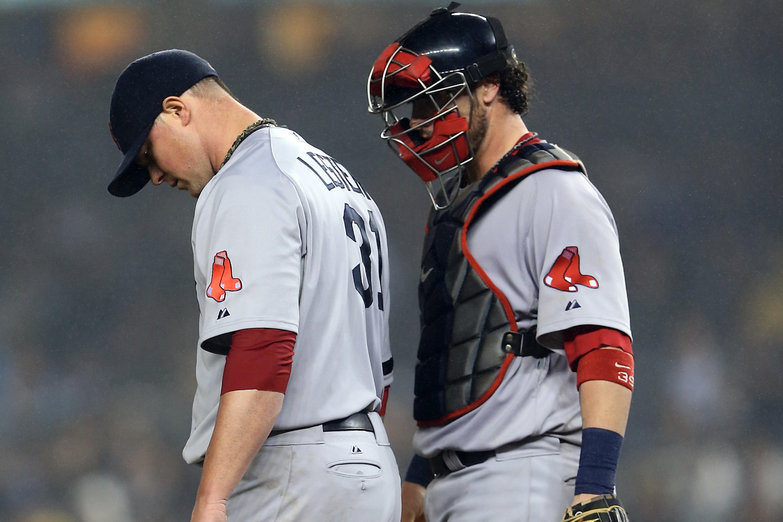 Lester: do you think that really happened

Lester: do you think they really found out he got into usc after he died 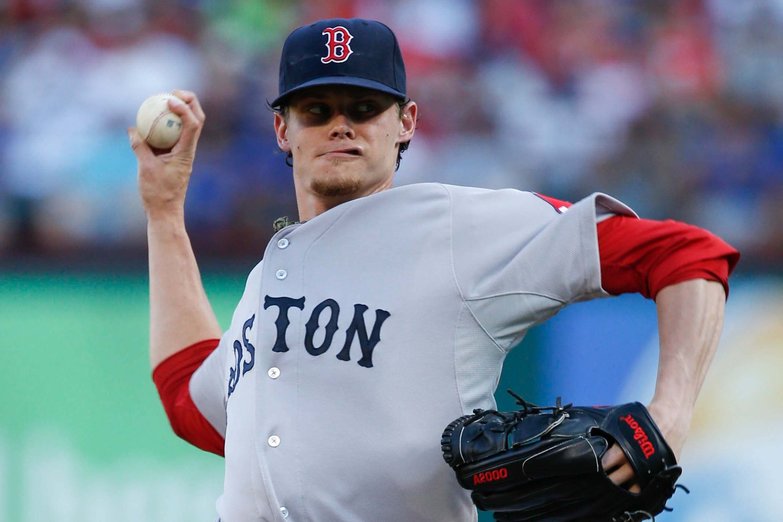 He's into the scene, no doubt. Loves the music, loves the sense of community. These people are like his brothers and sisters, you know? The family he never had. No one can take that away from him. Who cares what everyone else says?

But why do they have to spray Faygo all over the place? Some of it gets in his mouth ... his lips curl up. Nasty. He smelled like cotton-candy soda for a week last time. And Diet Frosh? That stuff tastes like liquid pennies. What is wrong with these people? And, wait, this music isn't very good. This music is actually kind of horrible.

Hold on, just hold on, he thought to himself. What am I doing here? 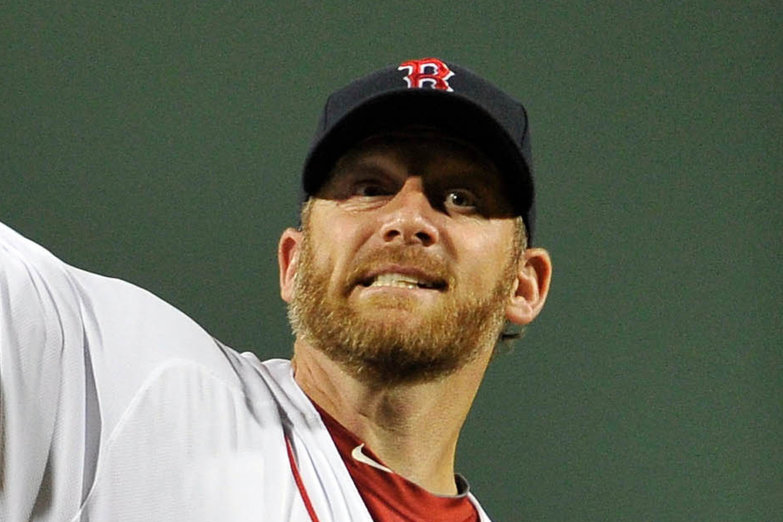 We get it. It's good to be prepared. I agree, set some foodstuffs aside. Make sure you have a can opener. Extra batteries are always a smart idea.

But Dempster is the guy who's a little too into the whole scene. He'll corner you and talk to you for an hour about how to kill a turtle with a rosin bag. Did you know that a pine-tar torch can last for eight hours? What you call a "rain tarp" he calls "the McMansion of the apocalypse."

It's not fear in his eyes, though … it's glee. This sick freak wants the collapse of society. It's like a means of social mobility for him. Think of a reason you have to go anywhere else, quick. 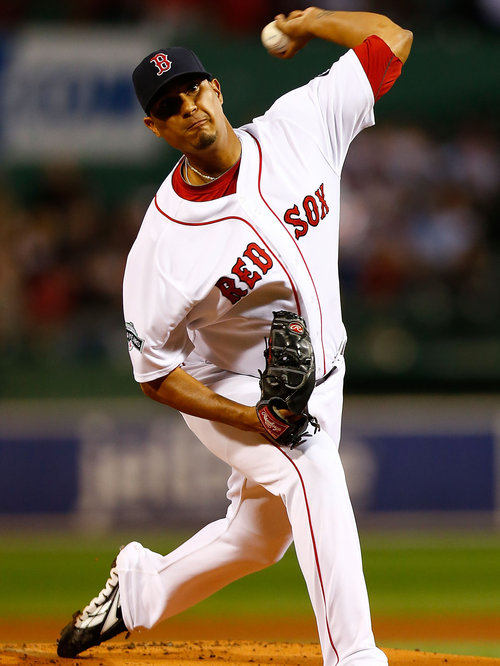 Maybe I'm just a guy who's looked at too many pictures today, but this picture is weird to you, too, right? It's like an optical illusion, a cubist LeRoy Neiman painting. The feet are pointing one way, the head's looking another, the arm's going toward first … he's trying to murder the first-base coach with this pitch. That's what's going on. He hates Mick Kelleher.

More: Complete Red Sox coverage at Over the Monster

Wait, you don't see it? Huh. Yeah, I guess you're right. It looks normal to me now. Okay, okay. I'll think of a pitch face. Maybe I'm just tired. 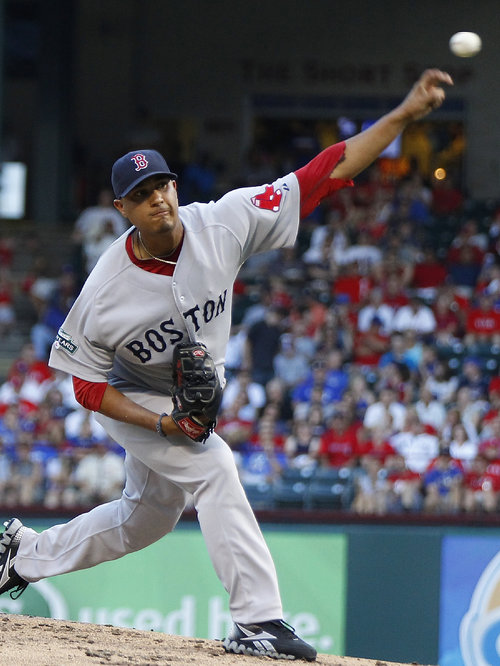 There! There! He's doing it again! He's contorting his entire …

... wait, no, now that I look at it again, there's nothing wrong with it. That's just a picture of a guy pitching. Unless … aw, hell, forget it.

Oh, and Doubront also looks like he's 1.4 seconds into the Cinnamon Challenge. 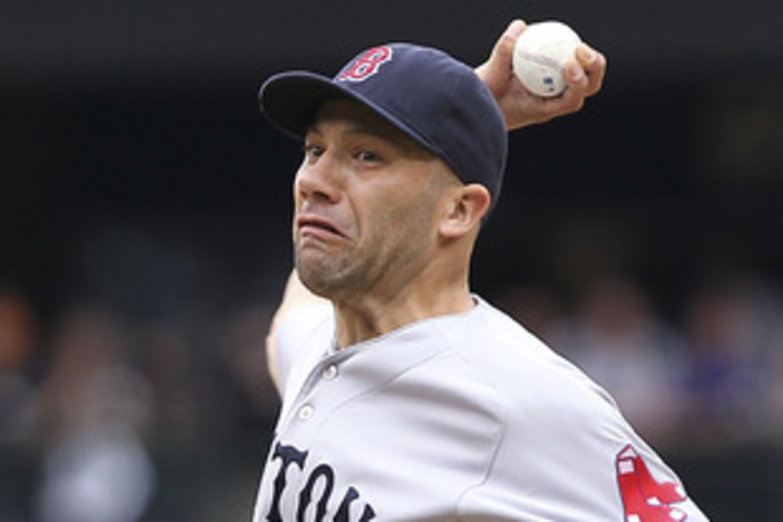 (Here's the previous entry of the series with the Blue Jays, and here's the first installment with the Giants.)