Finally, the Miami Heat have an official champagne for the NBA playoffs

Share All sharing options for: Finally, the Miami Heat have an official champagne for the NBA playoffs

95 percent of the PR e-mails we get at SB Nation are pretty much useless. But every now and then an e-mail comes along and everything is just perfect.

I am reaching out with regard to Moet & Chandon – the world’s most iconic Champagne – which has just announced its partnership with the hottest team in the NBA, the Miami HEAT. Moët Ice Impérial is now the Official Champagne of White Hot: The 2013 HEAT Playoffs!

Moët Ice Impérial, which will be served in distinctive white goblets (image below!), will become a courtside staple, with all of the celebrities sipping Moët Ice as LeBron James, Dwyane Wade and Chris Bosh heat up the AmericanAirlines Arena. 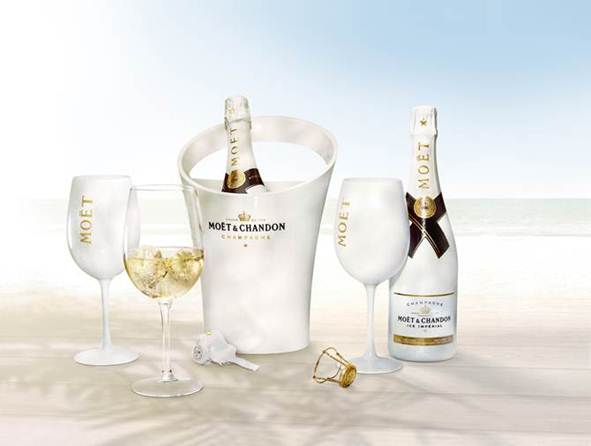 Damn son, those goblets are so distinctive!

This promotion doesn't involve the players, unfortunately, but just for fun, let's all take a second to imagine LeBron and Wade giving all their post-game interviews wearing sunglasses and sipping Moet from those distinctive goblets. It won't happen, but it should happen.

The Heat may have exorcised the demons and won a title and evolved into the most terrifying team in the NBA, but none of it makes them any less ridiculous. Remember the Beijing suit party earlier this year? Or look at LeBron's outfit right here.

The Heat are the greatest.

Like a late-90s hip-hop video brought to life as a basketball team. And as they get ready to defend their title now, you might have been wondering over the past few days: "Wait, does this basketball team have an official champagne for the playoffs this year?"

Of course they do. Because life is great.