Jimmy Haslam FAQ: The Browns, the Pilot fraud affidavit and what's next

Jimmy Haslam's company is being investigated by the FBI and IRS for fraud and other criminal charges. What does it mean for the Cleveland Browns' new owner?

Share All sharing options for: Jimmy Haslam FAQ: The Browns, the Pilot fraud affidavit and what's next

Running a truck stop company has a lot in common with running an NFL team. That was the thrust of Jimmy Haslam's statement at the league owners meeting last October, where he was approved as the new owner of the Cleveland Browns.

"I had five people that reported to me at Pilot Flying J," Haslam said then. "They're all smarter than I am, and they're all better at their role than I am, and we let them do their jobs. On the other hand, we question them, we push them, we challenge them, we hold them accountable."

In hindsight, that management style may have led to some serious problems for Haslam's truck stop empire. The company is now being investigated by the FBI and the IRS for allegedly fraudulent practices that bilked Pilot's corporate customers for millions of dollars in a fuel purchase rebate scam.

Haslam hails from Tennessee, and his company is based in Knoxville. Pilot's corporate headquarters in Knoxville were raided earlier in the week by the FBI and IRS. The two agencies searched and confiscated personal computers (including Haslam's), network servers, boxes and boxes of documents and more physical evidence that they will use to piece together the government's case against Haslam's company.

While the bulk of the investigation is happening in eastern Tennessee, the impact stretches nationwide, where Pilot's regional sales representative allegedly carried out the fraud. The investigation and its eventual outcome could also be felt by long-suffering football fans in Cleveland.

So what exactly is happening here? An affidavit filed to a federal court in Knoxville to obtain the search warrant offers some insight.

What exactly did Haslam's company do?

If you've been on an interstate highway for 100 miles or so, you've probably seen one of the company's more than 550 truck stops. It's the largest chain of truck stops, or travel centers if you prefer, in the country and sells an awful lot of diesel fuel to trucking companies that move goods across the United States. And that's where the trouble started.

Will Haslam lose the Browns? 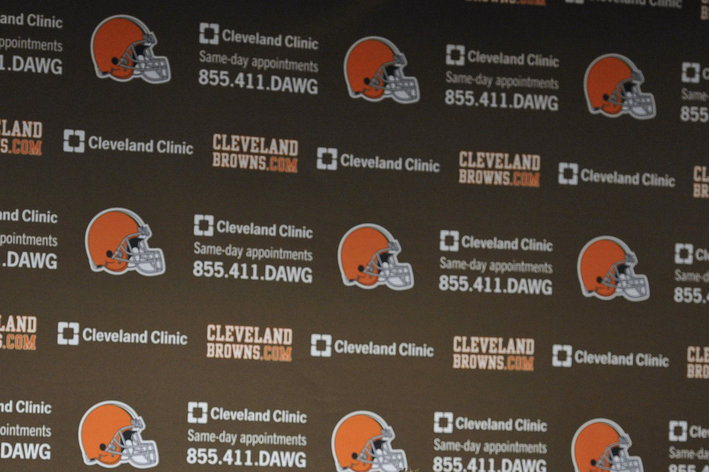 Pilot and its commercial trucking customers enter into agreements to purchase fuel. As part of the deal, Pilot offers its customers rebates or discounts on diesel purchased in volume. Companies buy it on credit extended by Pilot itself, and Pilot sends them bills reflecting the agreed-upon discount. Other companies buy the fuel using credit from a third party. Those customers usually get their discounts in the form of rebate checks.

According to the FBI and IRS, Pilot was intentionally withholding rebates and discounts from unsuspecting customers to increase its overall profits and up the commissions of its sales team.

How much was this fraud reportedly worth?

Millions. One customer identified in the affidavit, Morehouse Truckline, reported a shortage of $146,564.55 for the purchase of more than four million gallons of fuel over a seven-year period. In what might be the best anecdote in the affidavit, one company noticed that it was owed $1 million. Pilot was prepared to pay the company, but Western Express didn't want a check for seven figures. It wanted something even more tangible.

John Freeman, Pilot's VP of sales, explained. From the affidavit:

All told, the affidavit estimates, through the recorded conversations with informants, that the company was pocketing up to $90,000 per month from the practice. The feds got wind of it and started the investigation in 2011.

How did the customers not know what was going on?

Essentially, they thought customers would be too dumb to notice. The transcript from one recorded sales meeting has a company official noting that some customers "don't know what a spread sheet is." Staff used a manual system to calculate rebates and discounts. They were advised to pick and choose targets based on the savviness of each customer.

Based on the amounts mentioned above and the details of sales meetings from the affidavit, the practice was fairly widespread throughout the company.

From the affidavit, here's Freeman discussing the practice with regional sales directors:

Hey, this is a game. We're playin' fuckin' poker with funny money, and its liar's poker with funny money because of all this cost-plus stuff. So, you know, I'm not, I don't want to get into a moral or ethical conversation, because I believe that if a guy's gonna butt-fuck you then we got to go to butt-fuckin' him harder than [unintelligible].

So what about Haslam, how much did he know?

Haslam's name also appears in the recorded conversations as being knowledgeable about the alleged fraudulent practices. In one instance, the CEO reportedly thanked one staffer for saving the company money.

The thing to remember here is that the case in the affidavit and the final case against Pilot will look different as investigators start working through the evidence and making connections. The affidavit is prepared so as to give law enforcement as strong of a case as possible for obtaining a warrant.

From this angle, it looks like Haslam presided over a toxic corporate culture where fraud was widely accepted and even encouraged. The recorded conversations don't sound all that different from those that leaked out as part of the case against Enron more than a decade ago.

Selling Haslam as a criminal conspirator in front of a jury is another matter.

And what happens with Haslam and the Browns?

Nothing happens, for now. The NFL will not suspend Haslam while the investigation proceeds, the league said on Friday. Nor should it. This is the turning point in an eight-year investigation, but it's still proceeding. As damning as the affidavit reads, there is still that innocent-until-proven-guilty thing.

It's not going to be resolved anytime soon. Sorting through the confiscated evidence alone will take investigators months. From there, they'll have to refine their case and work their way up the food chain, making the claim that this was not a smattering of isolated incidents carried out by a handful of rogue sales people.

If Haslam does get hit with criminal charges, that's when the league will have a decision to make. If he is charged and convicted, it stands to reason that the league would follow the precedent established with former 49ers owner Eddie DeBartolo, Jr. He was suspended for a year when he was convicted of failure to report a felony as part of a scheme to get a riverboat gambling license. Subsequent legal troubles forced him to sell the team.

There is no set policy for the NFL here. Commissioner Roger Goodell and the owners make the rules. However, the NFL, especially under Goodell's reign, keeps going out of its way to protect its image as a clean, competitive sport worthy of national attention and billion dollar media deals. An owner convicted of fraud would seem to run counter to that image.

Are the Browns cursed?

It certainly looks that way, but we're not qualified to speak on supernatural matters.

This investigation is going to be a huge distraction for the Browns and their fans throughout the season and maybe beyond. I was at the owners meeting in Chicago last October. Haslam was the star of the show. Goodell was positively beaming, in as much as the square-jawed stoic is capable of beaming. The truck stop magnate with a fiercely competitive side was billed as nothing short of a savior for the league's most moribund franchise.

"We're going to work hard," Haslam said in October. "We're going to be focused. If you think about an NFL franchise, it's all about the people. The franchises that win and win consistently have the right people."

Cleveland is once again left wondering whether or not the Browns have the right people.