On Tuesday, a trade sent Jaromir Jagr from the Dallas Stars to the Boston Bruins. This sent casual hockey fans everywhere scrambling for Wikipedia, because:

- Wait, Jaromir Jagr was on the Stars?

Yes, it turns out that Jagr has been in the NHL since 1990, which is prettttty crazy. He's been playing so long that at one point he had hairstyles like this: 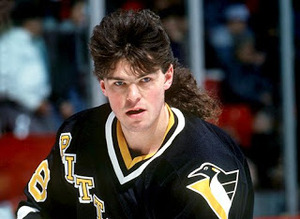 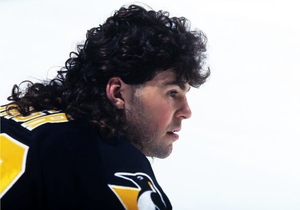 And those were considered viable hairstyles at the time. Also please note that it was an era where helmets weren't mandatory, because why would you ever want to obscure that bitchin' 'do?

But if you need some harsh reminders of just how long ago it was that Jagr made his pro debut, here are some tidbits about what the world was like in 1990:

- The USSR was still a thing

- Robert Griffin III was born. Jaromir Jagr has been getting paid to play hockey for as long as the starting quarterback of the Washington Redskins has been alive

- The top film was Ghost. Kingergarten Cop made over $200 million dollars

- The Jackson 5 and Spandau Ballet broke up

- The Simpsons finished its first season and started its second

Also please keep in mind that Jagr is only 41 and was leading the Stars in points and goals prior to the trade. In 2013. He'll probably be playing in the NHL long after we're all dead.

UPDATE: Courtesy of WEEI's Big Bad Blog, here is a picture of Jagr EIGHT YEARS into his hockey career. The young boy on the left? That's Milan Lucic. 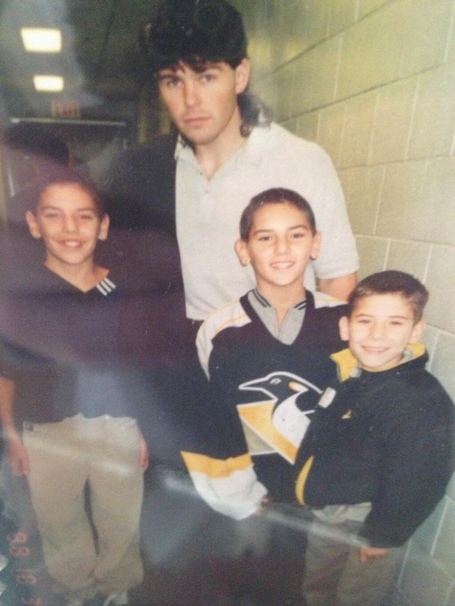