Chris Paul is a nightmare, and other lessons from the NBA Playoffs

Chris Paul is a dangerous man, and he's healthy this year, which means the rest of the West should be very afraid.

Share All sharing options for: Chris Paul is a nightmare, and other lessons from the NBA Playoffs

He is a scowling menace to everyone and everything in his way, and when he's healthy, he's more or less unstoppable. Saturday was a good reminder.

Look at the L.A. backcourt against the Grizzlies in Game 1:

Not all of this evil was the work of Chris Paul, but it started with him.

In the most even matchup of the weekend, the difference was the Clippers superstar could do exactly what he wanted all night long and the Grizzlies superstars couldn't. With the Clips pushing things up and down all night, Memphis' offense was reduced to depending on Jerryd Bayless to keep pace with the Clipper juggernaut. By the fourth quarter, the game was already out of reach when Paul unleashed a vicious crossover and step-back three to put an exclamation point on everything.

Zach Randolph and Mike Conley never got going for Memphis, Marc Gasol wasn't enough to keep pace, and a Grizzlies team that wants to play in the high 80s and low 90s wound up giving up 112 to L.A. 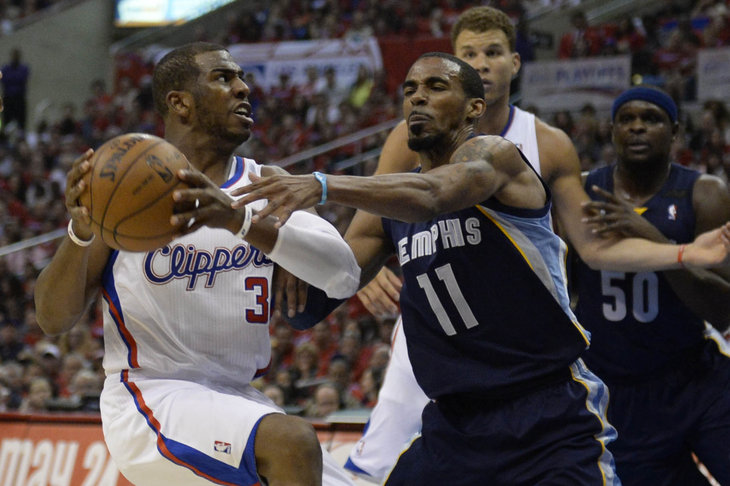 Obviously L.A.'s backcourt won't be that unstoppable in every game this series, and Memphis' offense won't be that awful, but it's tough to shake the feeling after Saturday that CP3 controls pretty much everything here. Paul wasn't totally healthy last year and it showed, but he's been getting extra rest all year, and with a better supporting cast than last year, Game 1 could just be scratching the surface.

It's easy to overlook CP3's evil genius because he doesn't put up the same surreal numbers we see from aliens like KD and LeBron, but Saturday night was a two-folded reminder. (1) He's every bit as talented and as surreal as those guys, and (2) if Chris Paul dominates for seven games against Memphis, there's no way L.A. loses.

It's still early and Memphis could make all this look stupid as early as Monday night, but watching Saturday, you couldn't help thinking ahead. If Paul plays like this for the next month, doesn't L.A. have a pretty good shot against Oklahoma City, too?

A healthy Chris Paul is a dangerous man.

Now, let's look elsewhere in the NBA Playoffs this weekend ...

Bad Ass Yellow Boy is BACK. Everyone should've signed Kenyon Martin this year. Especially the Celtics, who got zero production from any big man on their bench Saturday, while Martin spelled Tyson Chandler for the entire afternoon, and finished with 10 points, nine rebounds and two blocks.

The Celtics offensive collapse had a lot to do with what went wrong in the fourth quarter Saturday, but K-Mart certainly helped the cause. It's all a good excuse to remember one of the better Sports Illustrated covers of all time, one that prompted millions of sports fans to squint and ask, "Does that say... wait ... 'bad... ass... yellow boy'?"

So, my official Knicks-Celtics analysis after Game 1: It's good to have the bad ass yellow boy back in our lives. The series still feels like it's going six or seven games, but once again the Knicks methodology has been validated: "If you're going to sign over-the-hill veterans desperate for one last paycheck, sign as many as you can. Then when one is injured or struggling (Chandler) you can just plug in another (B.A.Y.B.) and hope for the best until Carmelo takes over at the end, and it might actually work." Hooray Glen Grunwald!

When you reach the gates of hell, you are greeted by Dwight Howard and Will.i.am.

Mamba is inescapable. "Guess I will be Coach Vino the rest of this season," Kobe said last weekend when he found out his season was over. And he meant it! Kobe Bryant is actually coaching from Twitter, or at least doing his very best to undermine the Lakers' actual coach. But of course he is.

Kobe wouldn't be Kobe if he weren't upstaging everyone else on the court with behavior that's either passionate or selfish depending on your perspective.

I see my tweeting during the game is being talked about as much as the game itself. Not my intention , just bored as I guess #notagain

Let's hope we didn't already ruin the Mamba Twitter for the rest of the playoffs, because really, between his affectionate back-and-forth with Phil, his excellent use of hashtags (#realtalk, #nervousresponse, #fanmamba, #rulechangescoming), and his subliminal shots at D'Antoni, we're just scratching the surface of the Mamba Fan Experience.

There's no way this can end well, and that's why it's so great.

Deron Williams is a problem. Deron Williams just keeps dominating, and at some point here we're all going to have to admit he's back to being one of the three best point guards on earth. We're not quite there yet, but it's hard to ask for a better start than Saturday vs. the Bulls.

#FreeAlHorford. Al Horford only played 28 minutes Sunday against the Pacers, which is funny because he's far and away the best player on the Hawks. The Hawks lost, 107-90. All of which is to say, we're like nine months from the day we all decide it's unfair for one of the NBA's best young big men to be stuck in Atlanta, and the internet starts a campaign to emancipate Horford from the throes of Jeff Teague and Larry Drew. It's actually surprising this hasn't already happened.

Welcome to the Playoffs, Jeremy. From Jason Patt and SBN's recap of Linsanity in OKC:

Lin looked completely overwhelmed against Russell Westbrook on both ends, with Westbrook nearly notching a triple-double with 19 points, 10 assists and eight rebounds. Westbrook used his strength to back Lin down in the post on several occasions, and consistently used his speed to burn the Rockets' point guard.

Lin was pulled several times in the second half in favor of Patrick Beverley. ... SB Nation's Rockets blog The Dream Shake called Lin's playoff debut "painful" and lamented his sloppiness with the ball. Lin had several key turnovers at the end of the first half as the Thunder closed on a 14-3 run. Lin's poor defense against Westbrook was also highlighted, noting that things got progressively worse as the game wore on.

He's not as overmatched as he looked Sunday, but pitting him against Westbrook is just cruel. But then hey look on the bright side, it can't get any worse than Game 1! 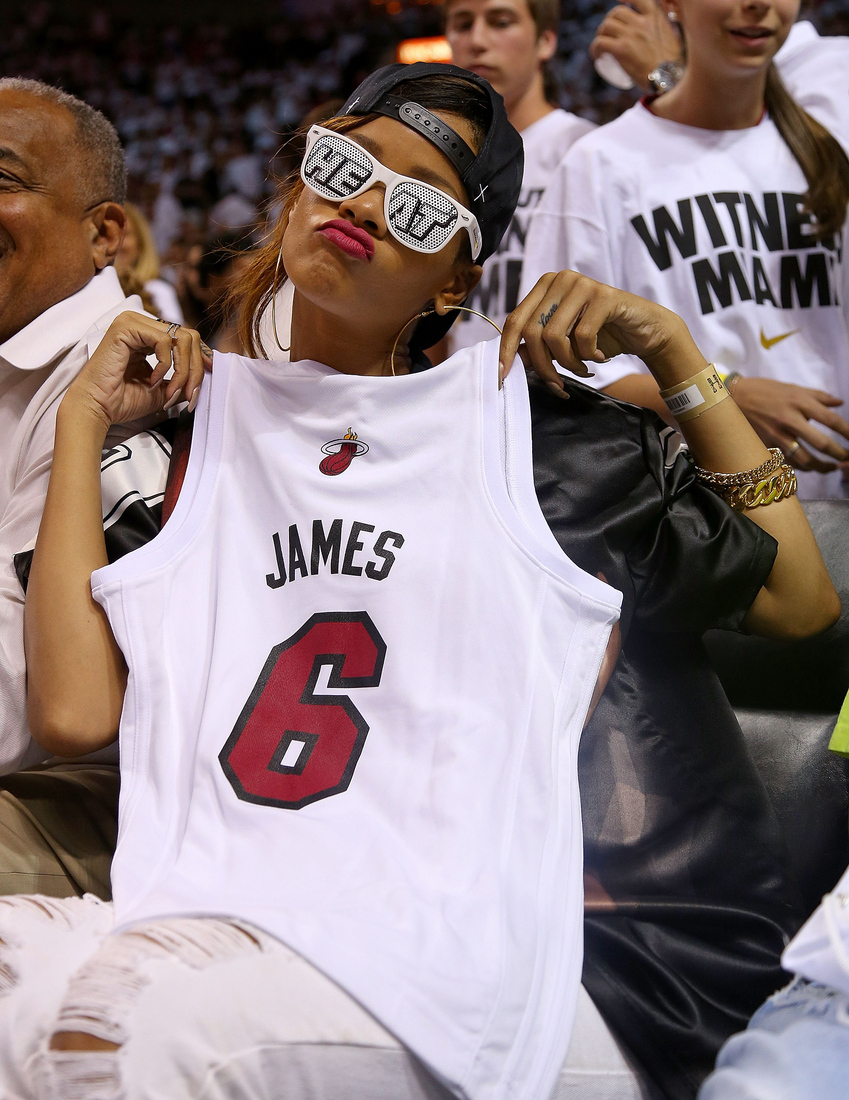 The Most Important Lesson Of The Weekend. We, as a nation that claims to be the greatest country in the world, need more halftime shows with dogs jumping rope.

Yo the half time show / in okc was Phenomenal , never seen anything like it

Until then, enjoy the games!