Mike Brown is back with the Cavaliers, and it is only fitting we honor this moment in time appropriately.

It's not entirely unique to Cleveland, but the constant revolving door of coaches with the longing for the times when things weren't quite so bad seems to fit the mood of the city and its sports teams quite appropriately. This is a place that doesn't quite know who it is or what it wants. It hasn't since the ships stopped coming into port and the rails were torn out so that everyone can drive around all the time.

Cleveland wants to be real. It wants to be a player. But it doesn't know how, and every time it is met at an inflection point, it finds a way to regress back in on itself like a frightened turtle. "You aren't from Cleveland. You don't understand. We're cursed. It's just Cleveland."

Sure, there are efforts made, and even good ones. Hey look, I'm comparing Kyrie Irving to Ohio City, basically, and Joe Haden is like our burgeoning culinary scene, and also health care oh yeah let's call that Michael Bourn.

Where did Mike Brown's offense go wrong the first time? 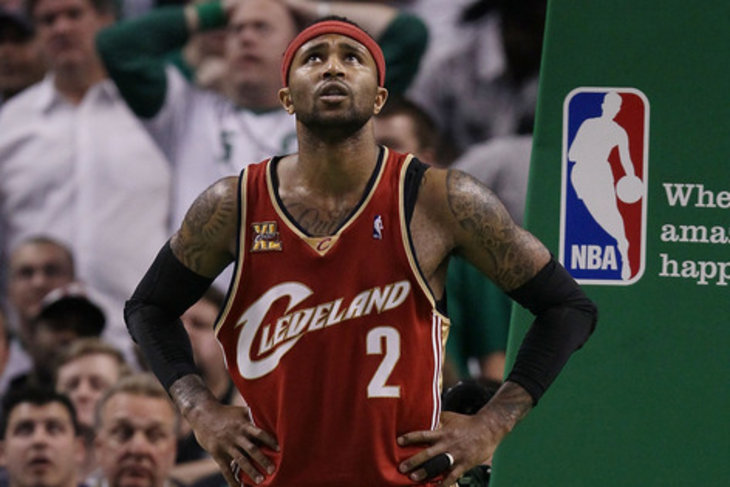 Fear the Sword looks back at the Achilles heel of Brown's old Cavaliers teams.

But a collection of individual tactics and players does not a successful city -- or championship team -- make. There's an attitude, the feeling they belong on that stage, the belief anything is possible that Cleveland lacks. At the end of the day, the city expects bad things to happen. There's an understanding the bottom will drop out at any time.

Which is why the fascination with removing coaches in the city in hopes of landing a big fish who will suddenly wipe away the decades of malcontent doesn't quite make sense. What inevitably happens is after the initial rush of Oh my God we might get Phil Jackson oh wow look at all the candidates hey at least we won't hire Doug Collins probably maybe is haha wouldn't it be funny if they just hired Mike Brown again that'd be so Cleveland wait that was a joke no really we were kidding don't hire him please don't hire him oh no they're actually doing it sigh sigh sigh sigh sigh.

And that's where the city will always be until something cataclysmic -- stuck in the desire for a time that wasn't quite so bad, but still wasn't really all that great because now actually is so bad. It has been fascinating to watch the tweets of Cleveland fans as they go through their stages of grief repeatedly from season to season. They maintain a sick sense of humor only decades of ennui can foster.

So, here is a poem for Mike Brown, using phrases and themes taken directly from things Cleveland fans have said over the last week.

Designer glasses
Stare blankly,
Motionless
A grimace
This has to be a joke
Mr. Potato Head
Spitting always spitting
At least we'll take charges
There was no list
It started and ended with Phil
Maybe he was never supposed to leave in the first place
Maybe we were held hostage
Lame duck
Fair shake
We're young
The window is closing
What if he leaves too?
There wasn't any defense
Did you expect anything else?
Echo chamber
No one gets a chance
Handshake agreements
Based on mutual interest
He'll never come back
What is the definition of insanity again?