The All Star ballots are out, and they're absolutely ridiculous--as usual.

Share All sharing options for: All-Star Ballots Released: The Terrible Price of Democracy

Are you excited for the 2013 All Star Game at Citi Field in New York? Have you been thinking about your ballots? Boy, I hope so, because even though we still haven’t exited the first month of the season, even though no teams have played more than 21 games and some have played as few as 17, Baseball wants to know who you think deserve the free trip to The Big Apple. The polls, my friends, are open.

I love (LOVE!) how early the All-Star ballots get released every year. The representatives on the ballot for each team were submitted back in the last days of spring training, so in many cases teams were just guessing about how the rosters would play out. Even when Ryan Ludwick went down with a dislocated right shoulder on Opening Day, it was too late to replace him with Chris Heisey (not that Heisey deserves inclusion, mind you, given that he’s hitting .183/.205/.310).

Even had they the time to replace Ludwick, there’s no guarantee the Reds would have done it. The Brewers knew all along that Corey Hart would be out for at least the first six weeks of the season, but he still made the cut. Ditto Curtis Granderson, Derek Jeter, Adam Eaton, and Delmon Young, none of whom have suited up yet in 2013. Jamey Carroll remains on the ballot as the Twins’ second baseman, even though he’s backed up Brian Dozier all season and only started four games, and you can still vote for Brett Wallace of the Astros in spite of the fact that he’s playing for Oklahoma City of the Pacific Coast League right now. There’s no evidence teams take this any more seriously than does Johnny Superfan, who stuffs the ballot box with guys from his favorite team.

As a result, every year the ballot offers some unintentionally hilarious choices. I’m fine with fans voting, but to see hundreds of thousands of fans lining up to punch the chad next to Josh Rutledge, Ronny Cedeno, and Kirk Nieuwenhuis is embarrassing. Baseball needs to take some time at the start of the year to limit the field somewhat, perhaps choosing five or ten finalists from each league for each position so as to make the choices a little less ridiculous. The fans of Jeff Keppinger will just have to understand.

In honor of their misguided efforts, I am voting 35 times (you get 10 extra votes for signing in with your MLB.com account) for the most inappropriate group of players I can to start the 2013 All Star Game. What can I say, some men just want to watch the world burn. Here’s my ballot, and I encourage you to vote likewise. Viva chaos:

Brett Wallace
Wallace has been a complete bust since the Astros acquired him for Anthony Gose. After getting one hit in his first 26 plate appearances, Wallace was farmed out to OKC, where he’s currently hitting .167/.231/.417. Don’t expect him back before the break.

Casey Kotchman
See, it’s so dumb that ever team has to submit a player for every position. Even if Kotchman hadn’t gotten hurt in game two, nobody would select him anyway. As it is, Kotchman might be the first candidate in history to get a negative vote total.

Josh Rutledge
He has a .299 OBP for Colorado. FOR COLORADO! I was torn between him and Donovan Solano, but really we could populate this whole list with Marlins and Rockies if we were so inclined. 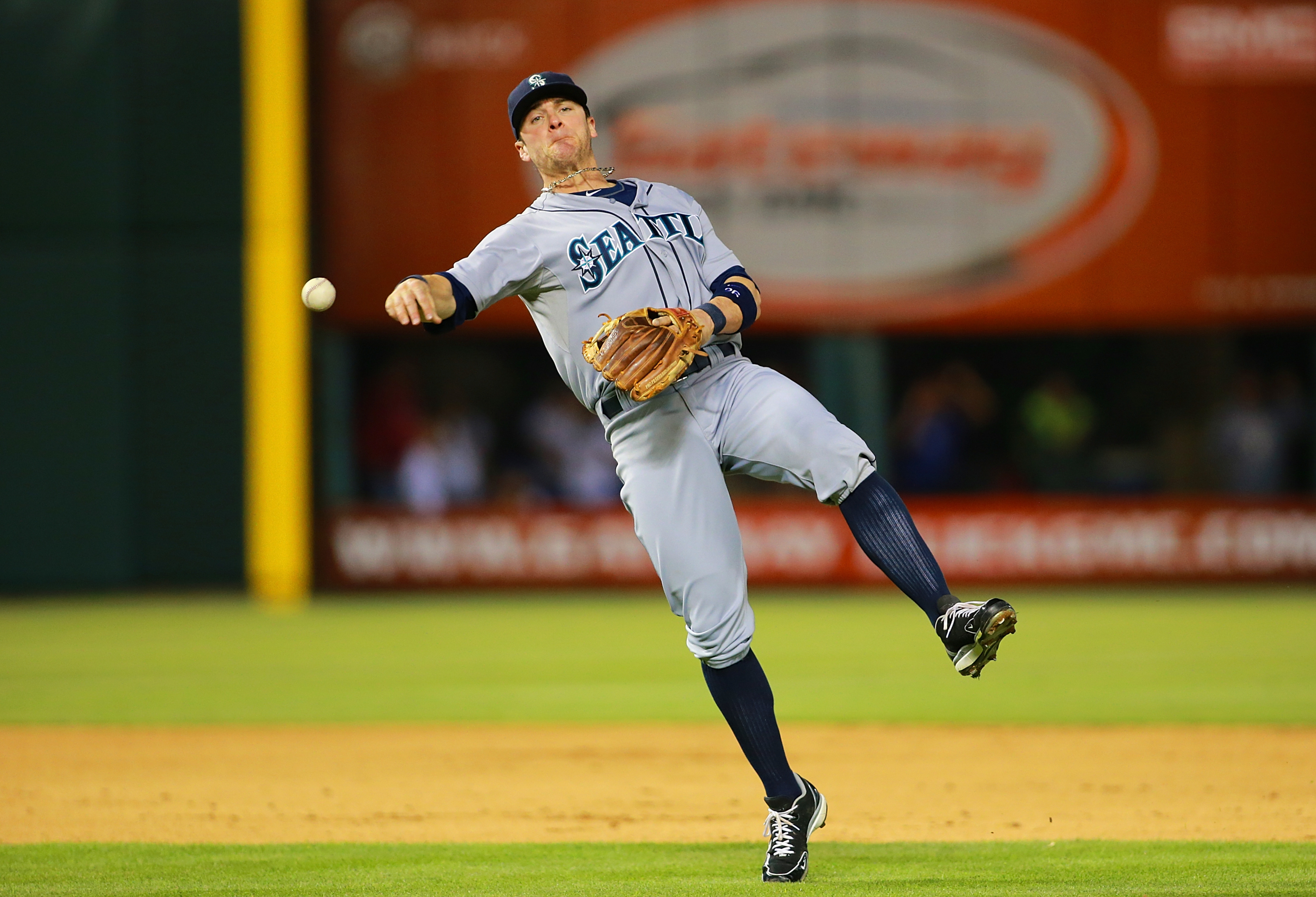 Brendan Ryan
Ryan lost his job today to Robert Andino, thanks to a .143 batting average in 63 plate appearances. Losing your job to Robert Andino is like losing an arms race to Belgium.

Clint Barmes
I actually thought the Pirates made a decent pickup two years ago when they signed Barmes. Since then, he’s hit .219/.261/.305 with 22 walks against 120 strikeouts in 551 plate appearances. It’s safe to say I was wrong.

Jeff Keppinger
I’m obsessed with finding the last guy to draw his first walk in a given season. Keppinger has come to the plate 78 times and gotten four balls in zero of those trips. That’s 17 more plate appearances than the next closest guy, Wellington Castro, who at least has the good sense to be hitting .328. Keppinger, on the other hand, is hitting .171/.167/.184.

Chris Nelson
Okay, one more Rockie. I mean, how do you have a sub-.300 OBP while playing half your games in Colorado? Vinny Castilla used to hit.300 there. VINNY CASTILLA!

Jesus Montero
What is wrong with the Mariners? Dustin Ackley and Justin Smoak should probably be on this list, too. Montero is hitting .208/.232/.283 with two walks and one homer in 56 PAs, and it’s not like he has his defense to fall back on.

Brian McCann
I’m sorry. McCann is a big name. Hopefully he’ll be a good player again when he comes back from his shoulder problems, but he continues to have setbacks and I feel like we can’t really count on a triumphant return in 2013 at this point. Plus, Evan Gettis just keeps hitting. 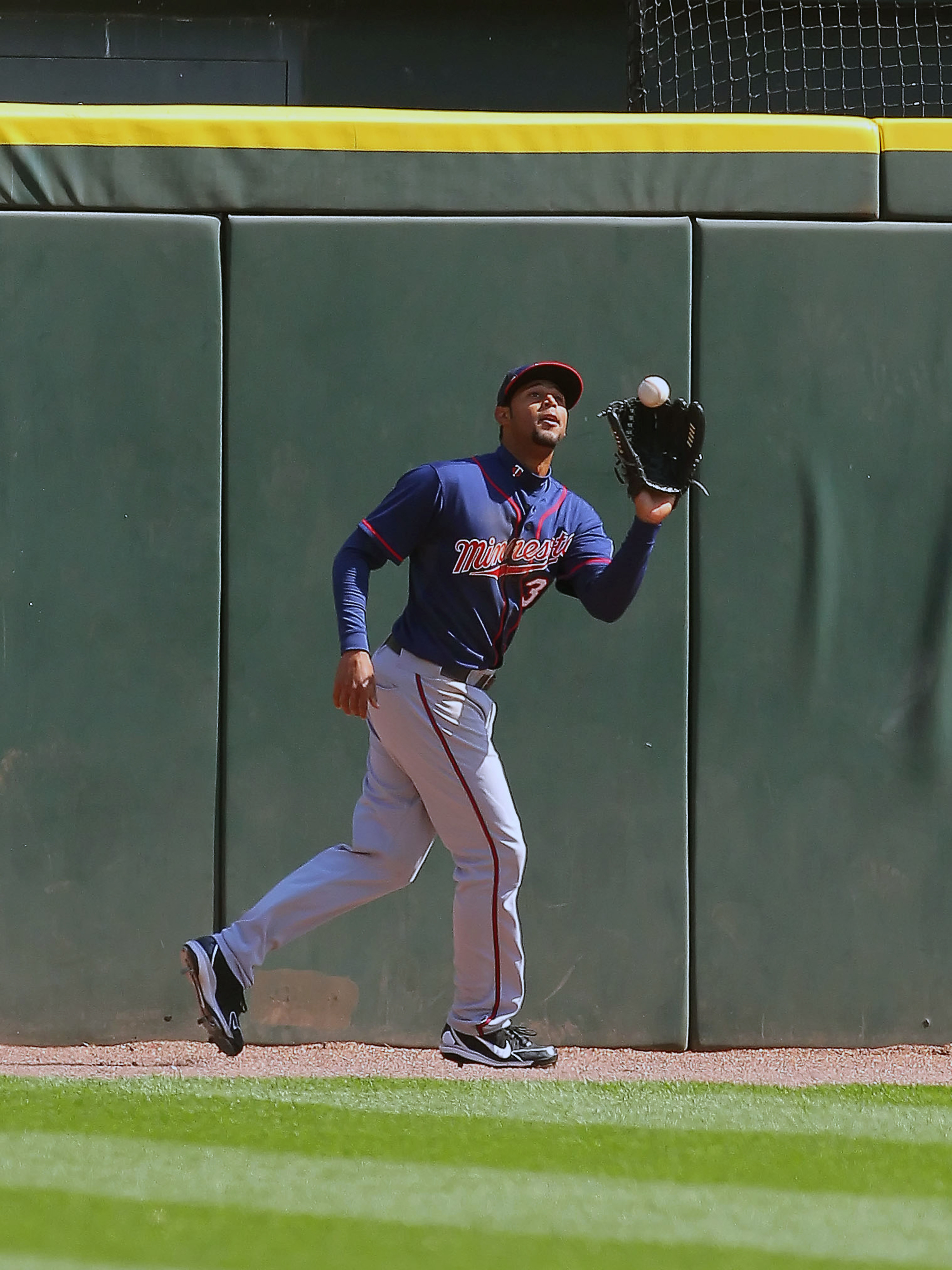 Aaron Hicks
I feel badly for the kid, who has only four hits in 67 plate appearances, but at least his walk rate is and he’s shown better strike zone judgment in his last 10 games. Maybe this won’t look completely ridiculous come July, but for now he’s hitting .073/.224/.073.

Jeff Francoeur
Sure he’s hitting .258/.281/.355, with one walk and one homer in 64 plate appearances, but he leads the league in being a nice guy and unearned sportswriter accolades.

Melky Cabrera
Look, MLB, don’t blame me. You’re the ones letting me vote for him .

Ben Revere
I love my children a lot, but if I had to choose between them and Ben Revere, I’d have to think about it for a second. Putting him here pains me more than you know, but dude, he’s hitting just .205/.241/.229.

Delmon Young
I cannot wait for the inevitable meeting of Delmon Young’s defense and the Philadelphia Phaithful. I might have to write a lame poem about it.

• On the annoying subject of pitcher home runs

• World Series of the Week: Tigers vs. Royals