Trainer Todd Pletcher sends out the probable favorite in the 2013 Kentucky Derby: Verrazano. 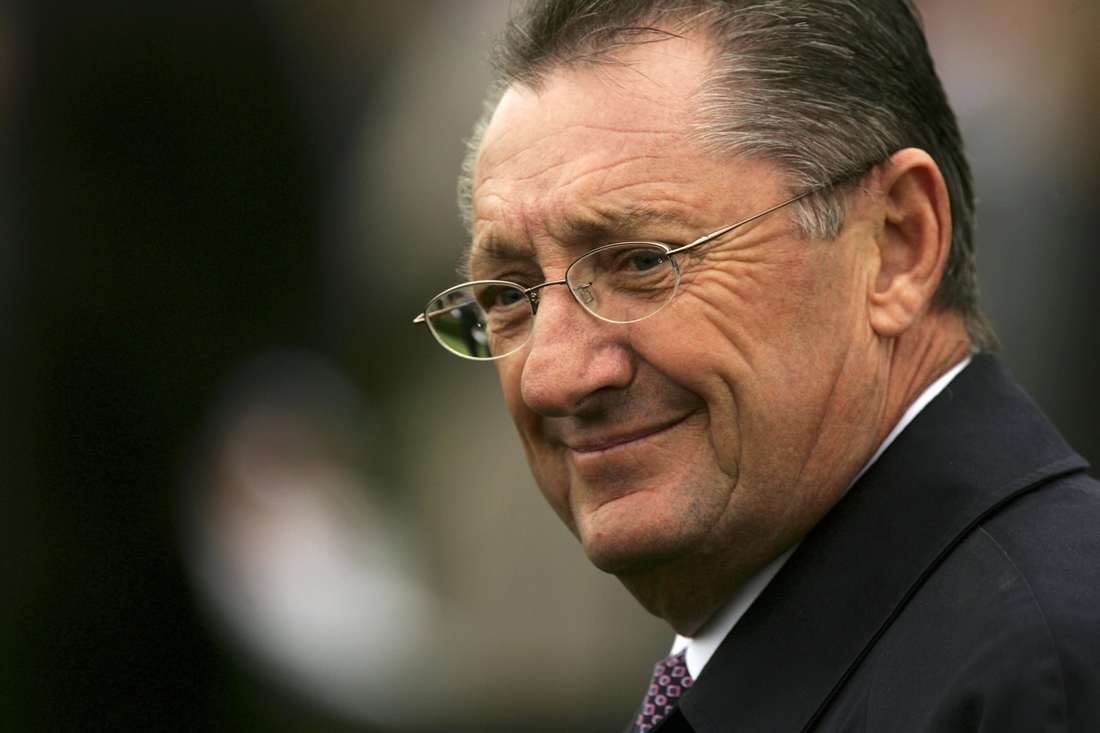 Derrick Smith (pictured above) & Coolmore are quickly acquiring an immense amount of high quality bloodstock that shows brilliance at a younger age. First, Uncle Mo was brought to Ashford. This was quickly followed by Hansen. Last year, Magnier, et al, went out and bought a sizable interest in Shanghai Bobby. Now they've bought an interest in Verrazano. It seems they've changed tactics to buying before the horse wins a graded stakes race. But with the pedigree he has, it seems like a no-brainer. (Photo: Julian Herbert/Getty Images Sport)

Positives: Undefeated in four lifetime starts, Verrazano has done little wrong so far in his brief career at the track. His victory in the Wood Memorial marked the first time he faced a tough challenge from his rivals and he passed the test with flying colors. He'll likely roll into the 2013 Kentucky Derby as the morning line favorite and he's sure to attract a lot of attention at the betting windows.

Beyond Verrazano's perfect record is his steady improvement each time he races and his excellent tactical speed which allows him to run near the front of the pack in the early stages. If jockey John Velazquez is able to navigate a smooth, trouble-free trip, Verrazano is going to have an excellent chance at victory.

Negatives: The Curse of Apollo

No horse has won the Kentucky Derby without racing as a two-year-old since Apollo in 1882. That's a lot of history to overcome, regardless of the significant changes in breeding and training over the years. Of course, it's important to note that Verrazano made his racing debut on Jan. 1, 2013; had he debuted a day earlier we wouldn't even be discussing Apollo. So perhaps the "historical significance" of one day is overblown.

Whether we want to refer to the Curse of Apollo, or simply focus on his light racing career, the issue of Verrazano's foundation is the biggest question mark heading into the Kentucky Derby. At four lifetime starts, Verrazano is only ahead of Govenor Charlie (three starts) as the horse with the fewest amount of races under his belt of this year's Derby contenders. And while the number of starts does nothing to diminish Verrazano's obvious talent, it's difficult to predict how this colt will respond when he faces adversity in the toughest race in America.