Florida Derby winner Orb rolls into Louisville as one of the top choices to win the 2013 Kentucky Derby. 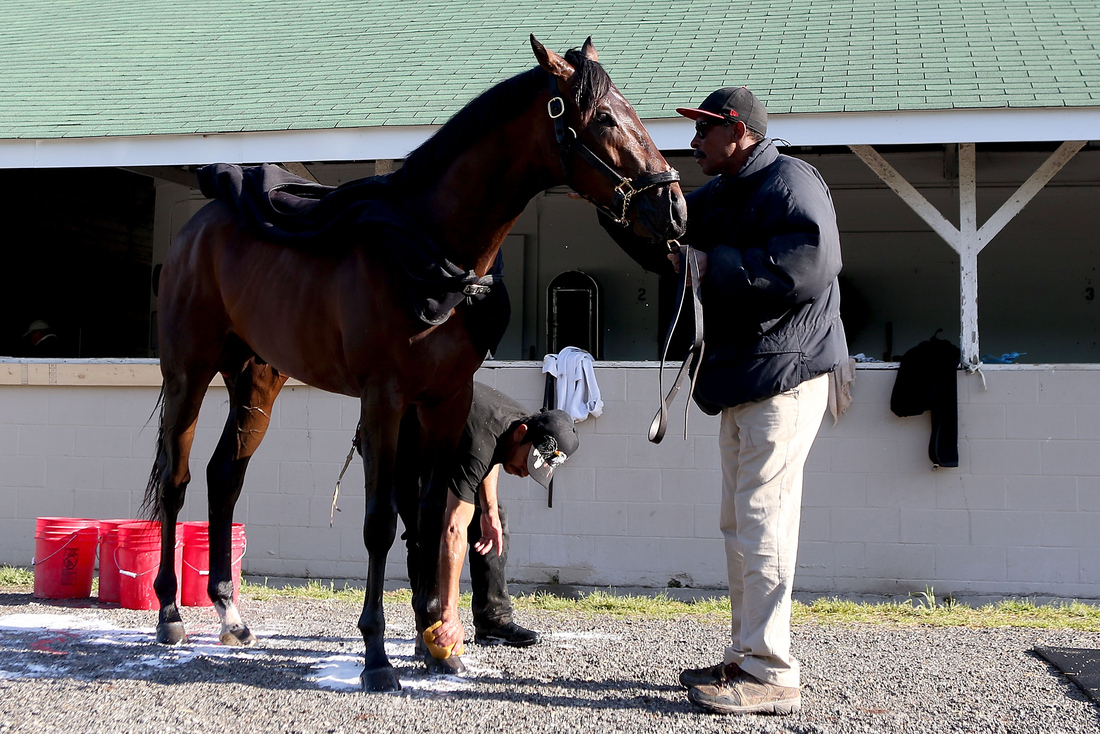 When you see a horse owned and bred by Stuart S. Janney III & Phipps Stable, and you see the dam, the siblings, and nearly all of the family owned and bred by the same, you know you have stumbled upon something good. Bred on the emergent and productive A.P. Indy - Unbridled cross, Orb is as well bred as they come. (Photo: Matthew Stockman/Getty Images)

Positives: A winner of four consecutive races, including back-to-back scores in graded stakes at Gulfstream Park in Florida, Orb comes into the 2013 Kentucky Derby with a big chance to give trainer Shug McGaughey his first ever win in the Run for the Roses.

The positives for Orb are seemingly endless: He's trained by a Hall of Fame trainer, ridden by one of the top jockeys in the country, impeccably bred by one of the giants of thoroughbred bloodstock, and he's been flawless since breaking his maiden in late November at Aqueduct.

Orb doesn't do a whole lot of running early in his races, preferring to come from several lengths off the pace in the final furlongs. That's a good recipe for Derby success as it allows the rider to position the horse in the early stages, as opposed to battling to run near the front, and diminishes the importance of the post position draw. While nobody wants to see their horses draw the dreaded post of death, post position one, a horse that prefers to run from off the pace, like Orb, can break from anywhere in the gate and probably not see their chances of winning diminish much.

Negatives: It's tough to find negatives with respect to Orb, but if we're nitpicking, the decision of jockey John Velazquez (Orb's rider in the Fountain of Youth and Florida Derby) to ride Verrazano instead of Orb could be a bad sign. On the other hand, Joel Rosario will replace Velazquez in the irons for the Derby, and Rosario is a big time rider. At the end of the day, it's hard to come up with any serious knocks against Orb.