ESPN pretty much just having a Bryce Harper celebration this week

ESPN will have a special, two games and an interesting broadcast format will highlight the star outfielder this week.

Share All sharing options for: ESPN pretty much just having a Bryce Harper celebration this week

Usually ESPN centers its hype machine around basketball or football stars (well, "stars" if you base it on the Tebow phenomenon), but this week baseball's newest young phenom will get put through The Worldwide Leader's ringer.

The network is already scheduled to air two games from the Nationals vs. Braves series from Atlanta this week. ESPN is planning to try and pump it up with a special broadcast format for Wednesday night's game, and a documentary starring Bryce Harper on Tuesday night. All in all, nearly three nights of ESPN dedication to the young outfielder.

It all starts on Monday, which is the most straightforward. ESPN's Monday Night Baseball will cover Game 1 of the Nats-Braves series. Dave O'Brien (play-by-play), Aaron Boone, Rick Sutcliffe (color) and Tim Kurkjian (reporter) have the call. That game is scheduled to feature both Harper and Stephen Strasburg starting for Washington.

WORLD SERIES OF THE WEEK: Nationals at Braves 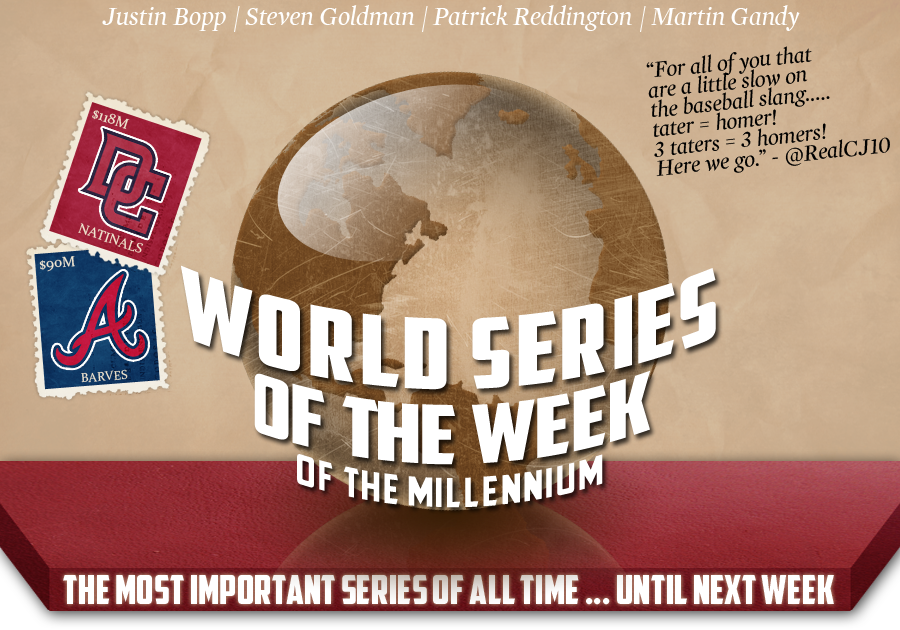 Tuesday night, ESPN will air a one-hour, MLB Productions-made special, Bryce Begins at 9 p.m. ET. It's described by ESPN PR as a show that "documents Harper's journey from a young teenager to MLB star. The special includes rare footage of Harper, his family and the years leading up to his MLB debut through the present day." Everybody loves a good origin story.

ESPN will wrap up the Bryce bonanza on Wednesday, when the Braves play the Nationals on the Worldwide Leader yet again, but this time, with a different broadcast. Sean McDounough will do the play-by-play of the game from the typical broadcast booth. His analysts Doug Glanville and Mark Mulder, however, will be positioned near the dugouts to provide a different view of the game. This is sort of half-NBC Inside the Glass, half-Fox with Tony Siragusa, so it'll be intriguing to see how it works out. Good to see ESPN trying to put a little extra into its baseball coverage this season.