The Africa map run in the "Where in the World is Carmen Sandiego?" game show was one of television's great mental-physical challenges. Two decades later, it seems like a wonder that anyone completed it at all.

Before we talk about Where in the World is Carmen Sandiego?, let's talk about the 20-yard shuttle run. This is what it looks like, if you aren't familiar.

In this drill, the participant sprints five yards right, touches a marker on the ground, sprints 10 yards left, touches the ground again, then dives five yards left to return to the original starting point. They run this drill at the NFL Combine to test a player's acceleration and ability to change direction. B.W. Webb, owner of the best shuttle time at the 2013 Combine, completed the drill in 3.84 seconds; in other numbers, he was moving at about 10.6 miles per hour.

So imagine you're 10 years old. You only have to move about half as quickly as the fastest shuttle-runner on the planet, but you have to keep it up for 45 seconds, not four. Also, you have to lug around a beacon that's almost as tall as you are. Oh, and you must simultaneously demonstrate a thorough knowledge of African political geography. Oh and hey, and the map is upside-down.

I. THE GREEN SLIME BATH OF THE SOPHISTICATED CHILD.

Where in the World is Carmen Sandiego?, which ran on PBS from 1991 through 1995, presented more personality than any other game show of its era. Most others were run by Marc Summers or a passable Animalplannetty facsimile who would ceaselessly repeat "good tryyyyyy" or "good joooooooob," coaxing a rabble of clueless children through a series of circus tricks and slime baths. There was some of that in Carmen Sandiego, since no children's game show is complete without repetitive instructions through gritted teeth.

But in their own way, Greg Lee and Lynne Thigpen transcended the medium. Thigpen, "The Chief," was the head of the ACME Crime Agency. Greg wasn't the "host," but rather a "special agent in charge of training new recruits," the title of a man buried deep within the bureaucracy of a bloated, largely ineffective crime agency that spent five years trying to find a woman who never used an alias or changed her clothes.

It was a game show, but at times it seemed as though they wished it weren't. Greg and The Chief would abruptly end a quiz round with this silly shit:

I have no idea. They broke the fourth wall in a game show. The game show had a fourth wall to begin with. This was the green slime bath of the sophisticated child.

There were also an emphasis on guest stars. Sesame Street, what with its Hillary Clintons and Cab Calloways and Bo Jacksons, will forever remain the king of public-television guest-starring, but they never did this: 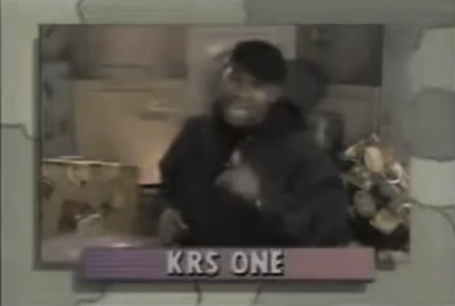 I'll cop to not having known who KRS-One was when I was 10 years old, but it didn't really matter. I was a map kid. I wanted to stare at countries and borders and roads all day. I would shove atlases straight into my backpack at the school library, since they were reference books I wasn't allowed to check out. How did Russia get so much land? I'd wonder. Why is Lesotho completely surrounded by South Africa? Oh man, Detroit is right on the border. I wonder whether Cecil Fielder could hit a ball into Canada.

I was supremely confident, then, that I could destroy the final round of Carmen Sandiego if given the opportunity. The contestant was given 45 seconds to run around on a giant map, without labels, and told to identify the locations of countries by placing a series of beacons on them. The map in question varied from episode to episode. I would have breezed through the United States map. Europe would be tougher, given all its brand-new post-Soviet breakaway nations, but I'd study. Asia would be fine, so long as I could remember which one was Cambodia and which was Thailand.

Mali is nearly twice the size of Texas. Most of us don't know which continent it's on.

Mali is just one of 54 African nations, not including miscellaneous territories. Carmen Sandiego's Africa map was the one we all feared. Still: your average preteen, if given time to study, could probably memorize the location of each one.

It would certainly help if the map wasn't upside-down. 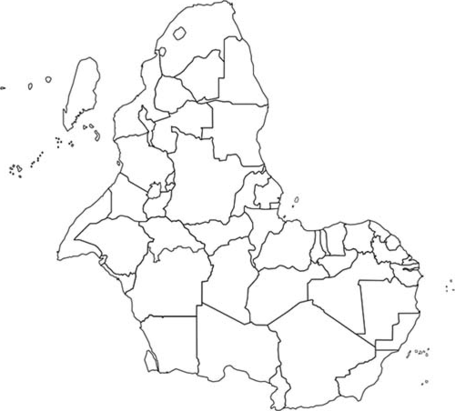 On television, the maps always appeared right-side-up. But for reasons likely related to presentation, the kids and their beacons were situated at the top of the continent, so this is what they saw. Before seeing it upside-down, I didn't know where Mali was. Now I really really really don't know where Mali is. I also don't know what, why, how, or even whether Mali is. I also have surrendered my understanding of abstract projection, and believe that I am staring through my hollowed-out computer screen and into a squiggly network of lines that are floating in the middle of the living room. I'm all broken, it's all gone.

Here's how that tended to play out, more often than not, for our little heroes.

Within a 45-second span, she needed to correctly place seven markers in order to win. She got precisely one.

She missed terribly on some of them -- for one, she thought Mauritania was Zimbabwe, when in fact Mauritania is roughly as close to Zimbabwe as it is to Maine. She came as close as she possibly could have to Côte d'Ivoire without hitting it, though, having guessed the two nations right next to it. Geographically, 10 relatively small nations run along the Western African coastline. Senegal, The Gambia, Guinea-Bissau, Guinea, Sierra Leone, Liberia, Côte d'Ivoire, Ghana, Togo, Benin. How many of those can you point out on a map in 45 seconds?

OK, well, what if the map was right-side-up? Better?

Back to that shuttle run, which is not completely unlike Carmen Sandiego's map round. Let's review the differences between the two. 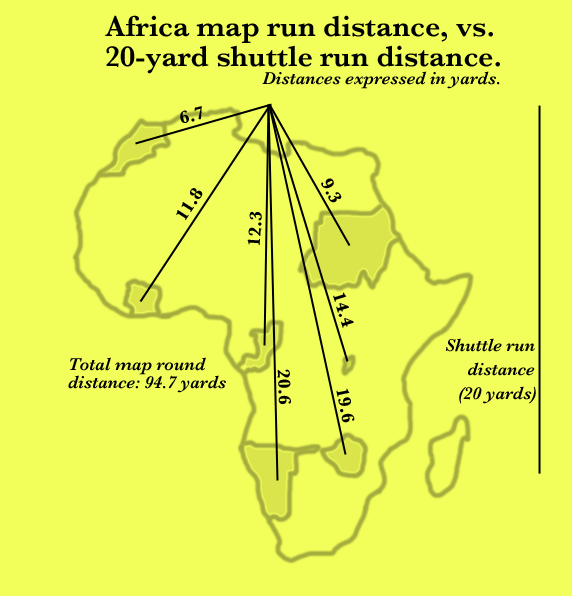 The Africa map run is a simultaneous shuttle run and Wonderlic. It seems impossible. And yet, several kids across the five-year run of the show were able to successfully complete it -- though they always needed nearly every one of those 45 seconds. Give me a world atlas and a couple days to study and I might be able to do it.

Hit it, awesome band that was so innately 1990s that it could not possibly have broken into the mainstream at literally any other point in history!

For further adventures in the world of game shows great and terrible, check out other episodes of Lowlights for Children.