Getting Vladimir Guerrero back to the major leagues

A simple four-step plan that 29 teams will approve of.

Share All sharing options for: Getting Vladimir Guerrero back to the major leagues

I know it's 2013, and we're all quite enlightened, but this still surprised me: In Vladimir Guerrero's final season, he hit .290.

Of course, it was an empty .290. No power, no walks. But, still, when it came to the simple task of getting a hit, Guerrero did it better than about 300 other players who tried. After the season, because he couldn't do anything other than hit for an empty average, Guerrero couldn't find a starting job. He went to the minors with the Blue Jays last year, but he never got called up.

This is news now because Guerrero is going to be a Duck:

"Like so many hitters before him, including Ruben Sierra, Jose Canseco, Ricky Henderson and Carlos Baerga, Vlad has decided that the Atlantic League offers him the best opportunity for a return to the Majors Leagues," said Atlantic League Executive Director, Joe Klein. 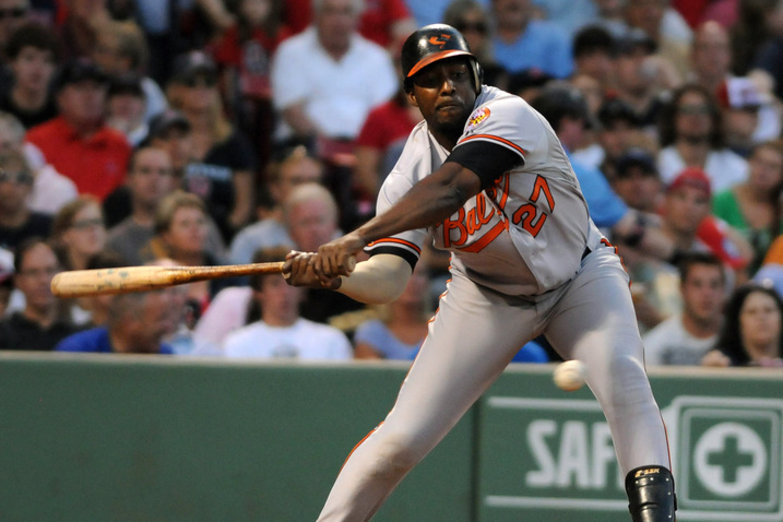 This is Vladimir Guerrero: 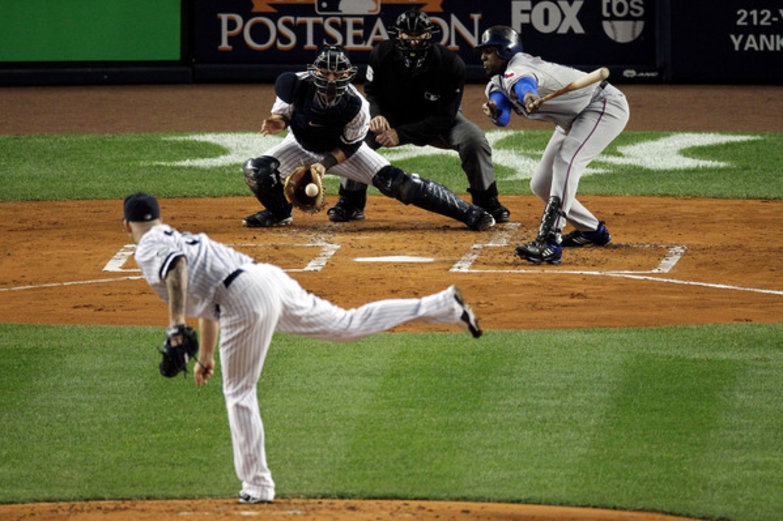 And this is Vladimir Guerrero:

At least, those all used to be Vlad Guerrero. He's one of the greatest talents in major-league history, and the button that makes him swing is in the same cage as a dog trying to get more treats to drop. It's a brilliant combination, and I want to see him in the majors again.

Now we just have to figure out a path for that to happen. Here's the plan:

Step #1: Make sure he hits well in the Atlantic League
Because if he can't hit as a Duck, he's not going to hit against the A's. So let's see some gaudy numbers from Guerrero against independent-league competition. Remember that list of former Ducks from that press release snippet? Baerga had a .905 OPS in the Atlantic League. Sierra's OPS was .932, Canseco's was .966, and Henderson's was .930 over two seasons. If Guerrero can do even better, he'll get some looks. Not a lot of looks. But some looks.

Step #2: Wait for Vernon Wells and Ben Francisco to disappoint the Yankees
Okay.

Step #3: Spam Brian Cashman's inbox with videos of Julio Franco hitting baseballs as a 73-year-old
I don't know if Franco is the best comp -- he had a modicum of patience, after all -- but he's just about the closest comparable you can find for a player a) missing a major-league season, b) in his late 30s, and c) having some sort of extended success. Franco could also help his team as a first baseman. If Vlad sees the outfield again, it's because he ran really hard down the first-base line.

Step #4: Wait for the obvious
The Yankees looked for a right-handed hitter off the bench all offseason. Do you know what Francisco did last year? He hit .190/.261/.262 in a handful of injury-riddled at-bats in the minors, and .240/.285/.385 in the majors. Vlad could do that. And he would be much, much more interesting doing it.

So here you go: A plea for Vlad Guerrero to do well and for the Yankees to sign him. Sorry about that, Yankees fans. But I want the option to turn on a baseball game and watch Vlad Guerrero still, and there aren't a lot of other options. Is there a Kickstarter I can work up? A community-action agency I can join? C'mon, give me something to work with. The game is just a little duller without Vlad. We can fix that.

To see if Yankees fans are thrilled with (or even discussing) this idea, visit Pinstriped Bible!

• There’s no word for "pitch count" in Japan

• Who is baseball’s most valuable pitcher?