Over WrestleMania weekend, we had a chance to ask some WWE wrestlers their opinions on issues that at times threaten to tear the Internet asunder. Here is what they had to say.

Share All sharing options for: WWE Superstars weigh in on important Internet debates

EAST RUTHERFORD, N.J. -- WrestleMania rolled into the New York/New Jersey area over the past weekend. SB Nation was on hand at Fan Axxess and was able to get quite a few interviews with WWE Superstars on Saturday and Sunday. Naturally, we used that opportunity to see where some of the biggest, meanest and toughest people in the world stand on popular Internet arguments.

1. Would you rather fight one horse-sized duck or 100 duck-sized horses? 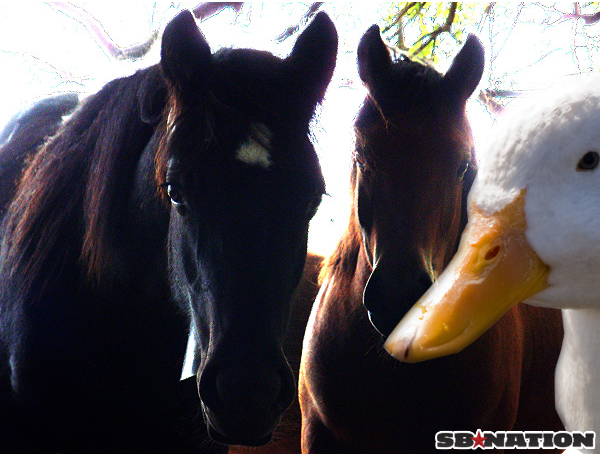 Lita: One horse-sized duck. I had ducks growing up, so I feel like I would have an advantage into their psyche and I could outsmart them.

Antonio Cesaro: That's a weird question. I don't fight animals. Actually, I would fight a bear! Why would I fight a duck? I would fry a duck. Can I say that?

Roman Reigns: Wait ... what? I'll go with the hundred, because I think that big duck would be too easy.

Dean Ambrose: No way. A horse-sized duck, that reminds me of the Big Show. [At WrestleMania] we'll find out what fighting a horse-sized duck is gonna be like. He's gonna be a big, immobile goof just getting pecked on and beat on.

Seth Rollins: I would do the horse-sized duck as well. A giant duck would be the feather in the cap.

"I'll fight ‘em all together. Stick ‘em all in there; I'll battle royal them." -Wade Barrett

Wade Barrett: I'll fight ‘em all together. Stick ‘em all in there; I'll battle royal them.

Fandango: I'm not falling for those trick questions. What was it? Whatever the first one you said. [A horse-sized duck.]

Tensai: I'm gonna go with the one horse-sized duck. Because you're screwed when you get the numbers. One guy, you're gonna wear him down. You got a hundred, you're up shit's creek. How did you get that question? I've never heard that before.

Heath Slater: Are you the one that tweets us these questions? Because I've gotten that before.

Drew McIntyre: I will battle the one horse-sized duck. I feel like with one specific target to focus on, I have more of a chance; that I can attack from all angles. I was just watching Wreck-It Ralph with all the bugs coming at all angles and I was thinking, you know, that'd be a difficult situation to be in.

Heath Slater: I'd probably go against a lot of little [horses]. I just kick the hell out of them, make them get outta my way.

Drew McIntyre: Yeah, until they start coming in all your orifices. Then you'll be like ...

Jinder Mahal: I'll go with one horse-sized duck. Because I'm going for the jugular.

Jinder Mahal: I'll put him in the camel clutch.

Heath Slater: I can watch all corners of my body. My peripheral vision is awesome.

Natalya: One horse-sized duck. I go big or I go home.

Curt Hawkins: I dunno. I'm stumped on that one completely. Never thought about it.

Alex Riley: One horse-sized duck. I don't move too well, so if it's just one person or one thing, I'd focus on that. And I've got about two or three minutes in me, tops, so the [duck-sized horses] would outlast me, stamina-wise.

2. What is your opinion of mayonnaise? 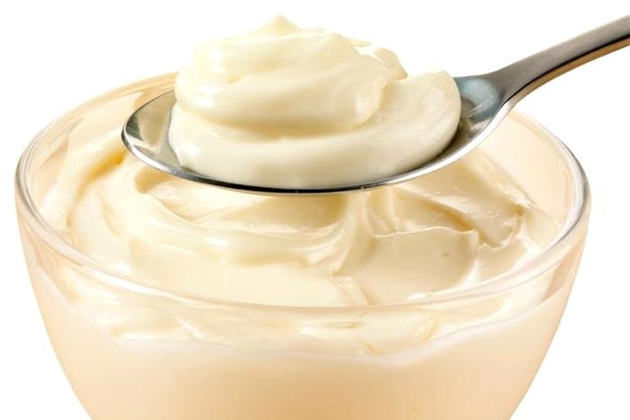 Antonio Cesaro: Mayonnaise is great, for example, on fries, but you Americans don't like that. I haven't had mayonnaise in five years. Or six years, probably.

Roman Reigns: I have mixed emotions. It's kind of a family staple, but I manage to stay away from it. So it's a love/hate relationship. I love it because it's good, but I hate it because so many people in my family eat it.

Wade Barrett: I don't eat mayonnaise, simply because I hate the taste of it. I'm not really worried about calories; I just don't like the taste.

R-Truth: I've heard the Samoans say that's their ... gusto for - you know what I'm saying? I like mayo, but not too much of it. I still have my share of mayo.

Fandango: Sometimes instead of baby oil, I use light mayo to lube down. [Re: using Miracle Whip instead:] No; it's a miracle that I look this good.

"Do people eat mayonnaise on its own? My sister ate butter for a while. That was weird." -Big E Langston

Big E Langston: It's okay in small doses. I don't like a lot of mayonnaise. A little bit of mayonnaise, thinly spread ... It's alright. It has to be with other things, though. Do people eat mayonnaise on its own? My sister ate butter for a while. That was weird. I bet there are people who just eat mayonnaise. I might take a straw poll.

Natalya: If you don't have it with carbs, it's actually really healthy. If you eat a low-carb diet with fats, it's okay. But if you're having bread and chocolate cake at night, it probably won't be a good thing. It'd be like something Brodus Clay would eat. I love mayonnaise. Especially in California rolls.

Curt Hawkins: See, like I friggin' love mayonnaise. I think that's being a New Yorker, because it's all over every sandwich you've had, growing up. To me, I try to avoid carbs, but there's no carbs in mayo, so I'll have a sandwich, no bread and I'll have the mayo on the side. That's my favorite.

Lita: I'm gonna go cake, but I would go both, if that was an option.

Wade Barrett: Pie, every day of the week. And when I say "pie," I mean meat pies. In England, we have savory pies made of meat. Meat and potatoes. Shepherd's pie, meat pies, things like that.

"Definitely cake. ... I want the real icing with the rich thickness, you know what I'm saying? I want that kind of icing" -R-Truth

R-Truth: Definitely cake. I love red velvet, red velvet's one of my favorites, but I'm a vanilla type guy. But I don't want the icing that's like [from the grocery store]. I want the real icing with the rich thickness, you know what I'm saying? I want that kind of icing.

Heath Slater: I'm with Drew on this one.

Curt Hawkins: I'm a big cheesecake guy. If I'm gonna splurge, it's gonna be with that. You know, the real New York style. Pretty much my favorite. I guess that'd be cake, right? Let's do it.

JTG: Pie. I love pie. [Chuckles] Which pie you talkin' about? [My favorite type of pie] has to be uh ... homemade pie. [Laughs]

CONSENSUS: Closer than expected, but pie is the clear winner

• The good, bad and ugly of Wrestlemania

• Why we still care about WrestleMania

• The next step for Mankind

• What it’s like to go to WWE Fan Axxess