Peter Gammons thinks that Hernandez just doesn't like instant replay. Is this plausible at all?

It's two days later, and people are still talking about an umpire screw-up. When a boner like this lasts more than four hours, you kind of feel like the umpire is seeking attention. Angel Hernandez was the only person in the world who thought Adam Rosales hit a double on Wednesday, and people won't shut up about it. That's a good sign that it was a really, really special screw-up.

And now there are theories about Hernandez's willingness to overturn a home run. Peter Gammons told Dan Patrick that Hernandez doesn't believe in replay, and that's why he didn't overturn the call. That would be a dismissible offense, I'd think. That decision isn't up to Hernandez, and I'm a little skeptical he would be that awful.

I think I just defended Angel Hernandez. But for all the problems I have with umpires, "I'm just going to ignore Major League Baseball to prove a point," isn't something I've ever suspected from any of them. There's the standard cowboy arrogance of a few umpires, and then there's ignoring your job description completely. I can't see even Hernandez going that far.

Luckily, there's a way to research this. Over at Retrosheet, they're keeping track of the reviewed homers around baseball. And because of their diligence, we get to see how many home-run reviews Hernandez has been a part of.

Jordany Valdespin hit a home run in the top of the ninth inning despite being a made-up name and person. The call was home run on the field, and a subsequent review confirmed the call. In both cases, the call was right. 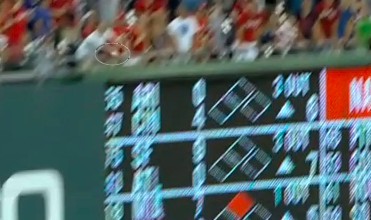 This is the one that helps us develop a theory about Hernandez's reluctance to reverse Rosales's home run. The video is here. The extra money made from you clicking will pay for Bud Selig's new Ducati. Vroom! 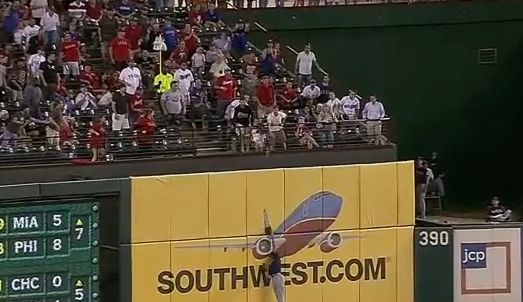 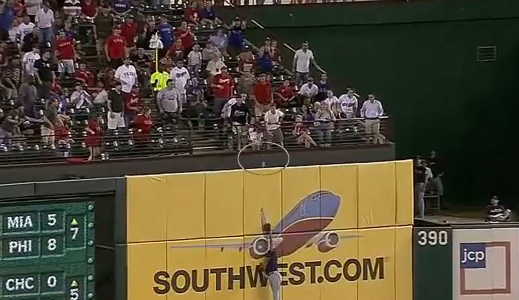 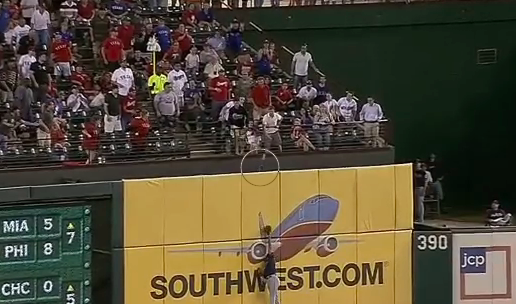 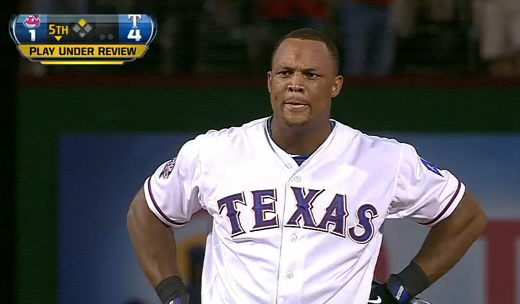 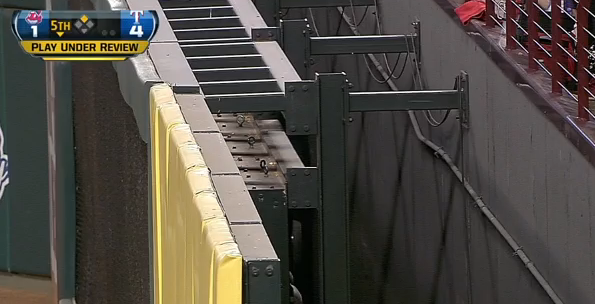 It was probably a home run. And while I'm not sure what kind of super-HD video Hernandez was watching, I'm not sure I would have overturned the call on the field. I'm about 90 percent sure the call was incorrect. I would need to be 100 percent, as would every umpire. But Hernandez overturned the ruling on the field, and Beltre got to run around the bases and get touched on the head when he returned to the dugout.

Here's the alternate theory, then: Maybe this play really bugged Hernandez. Maybe he reversed the call against his better judgement, watched a replay after the game, and ate himself up for impulsively overturning it. Maybe he vowed to exercise more caution.

Alternate theory #2: Someone above Hernandez pointed out that the play was a little too ambiguous to overturn. Not saying it was Selig or Torre, but someone on this list. Maybe it was a gentle piece of feedback. Maybe it was a stern admonition.

Whatever reason, though, I can believe that the home-run review before Cleveland affected the one we're still talking about today. As compelling as the idea of Hernandez defiantly making a stand against replay is, it's probably not the real reason.

Editor's note: After reviewing this article in a dark broom closet for several minutes, the original call stands. Angel Hernandez is still awful.