Serious question: how did Rick Reilly's Jets poem get published?

ESPN's Rick Reilly wrote a sports poem so bad it changed the way I see the world. In the chaos of our new sports media dystopia, we hold a handful of gray ash and wonder: how did this happen?

Share All sharing options for: Serious question: how did Rick Reilly's Jets poem get published?

In Childhood's End, the peaceful alien Overlords that arrive to save humanity from destruction have the physical qualities of Satan: horns, leathery wings, a tail. Arthur C. Clarke explained humans' pre-knowledge of their likeness as a kind of psychic reverberation that echoed through time.

That idea always stuck with me: an event sending a shockwave through time, producing reactions before it ever happens. I'd always thought it impossible, though, until today.

I woke feeling not quite ill, but somehow off. I'd slept enough but couldn't get out of bed. It wasn't just a Monday morning; there was some deep existential dread that kept me from shaving and coming to work on time. I now know what caused that feeling: a poem by Rick Reilly I would read a few hours later.

If you have not read the poem, do not read the poem. If you have read the poem, (a) I'm sorry, and (b) let's talk about it. Discussing traumatic events is an essential part of therapy, and someday, years from now, I hope to move on from the time that I read the 11-time Sportswriter of the Year begin a poem with the words "QB or not QB / That is the question."

The poem is about the New York Jets' woes at quarterback, and while the first line suggests that the Jets are considering doing away with the position altogether, the quatrains that follow merely run through the various candidates for the job. Here is an excerpt, because sharing pain lessens its intensity:

As someone in his 30s who grew up with a Sports Illustrated subscription and now writes and talks about sports, I have a vested interest in Reilly's career. I revered the back page of SI and recognized it as an iconic place, the most important page in every issue that didn't have Kathy Ireland on the cover. In more recent years -- particularly since his arrival at ESPN in 2007 -- I've watched Reilly struggle with the transition to online and televised media: his reliance on dental jokes, his bloated contract, that time he demanded credit on-air for breaking news he didn't break.

And now the poem.

How did this happen? I don't pose this question with the intent to answer it. I am asking it sincerely and earnestly: I genuinely want to know how, in the year 2013, Rick Reilly and the so-called "Worldwide Leader in Sports" published a poem so ham-fisted it barely belongs in a high school newspaper. This is my public and heartfelt plea for answers in a world I no longer understand, a message in a bottle that I'm throwing in the general direction of Bristol, Connecticut: how in the living fuck did this see the light of day?

How many editors died or quit or threw themselves out 12-story windows in order for this childishly amateur work -- and I use the word "work" as loosely as possible -- reach the viewing public? Who was the brow-beaten chump who said, "Sure, okay, Mr. Reilly, let's run with this"? Or is there no brow-beaten chump with the misnomer of "editor" at all? Does Reilly truly have the unfettered freedom to publish without an editor? I'm not kidding: if you work or worked at ESPN and can offer me insight into this, please email me or explain that peculiar alchemy in the comments. 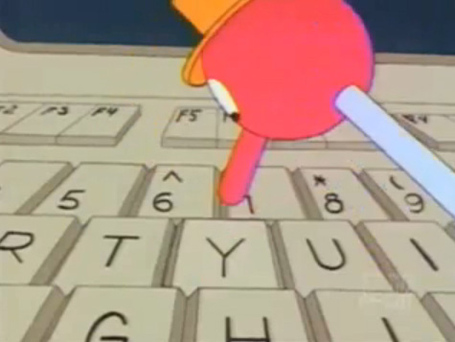 Until then, I'll have to cling to one of three explanations for Reilly's poetry.

2. Rick Reilly genuinely believed that poem was good material. This is terrifying, because no writer capable of such brilliant highs should crash down in an abcb rhyme scheme devoid of musicality. I cannot consider this possibility without acknowledging the cold fear of aging: Will my work worsen as I age? Will younger people laugh at me? Will I not even know that my best work is behind me?

3. Rick Reilly is brilliant beyond our comprehension. The poem is an intentionally artless metaphor about the Jets' futility. The Jets are the furthest thing from poetry, and now something about irony and the phrases "post-modern" and "self-aware." (I've read Slate before, I know which buttons their monkeys hit.)

I don't want any of these to be true, but I want to know how it happened.

I want it to have never happened at all.