The San Francisco/Bay Area community was selected by NFL owners to host the historic Super Bowl 50. It has been a long road to this point for the 49ers franchise.

BOSTON -- Tuesday afternoon, NFL owners voted to have the San Francisco Bay Area region host Super Bowl 50 and Houston host Super Bowl 51. For the city of Houston, this will be the second Super Bowl since professional football returned there in 2002. It has a modern stadium in a major warm weather city, which means it is working its way back onto the list of recurring sites.

For San Francisco and the greater Bay Area, this marks something even bigger.

The Bay Area is a region that has won a combined eight Super Bowls between the San Francisco 49ers and Oakland Raiders, and yet, this is only the second Super Bowl hosted in the region. The first Super Bowl was held at Stanford Stadium in Palo Alto, and that experience sums up the problems this region has faced in creating world class venues. The 49ers defeated the Dolphins at Stanford Stadium in Super Bowl XIX in a game that saw most of the fans sitting on wooden benches. 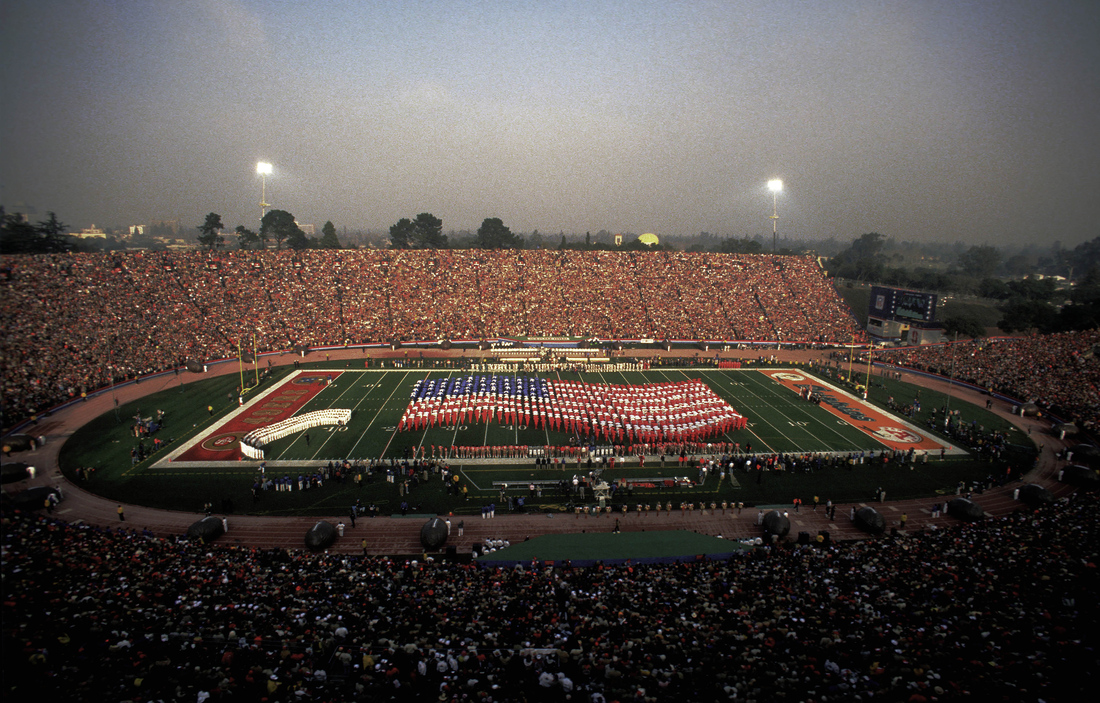 The 49ers spent their glory years playing in Candlestick Park, which was adequate for football, but quickly grew outdated as modern cathedrals were sprouting up throughout American sports.

In 1997, 49ers owner Edward DeBartolo Jr. began developing a plan to get the franchise a new stadium in San Francisco. As the son of the man who basically created the modern shopping mall, Eddie DeBartolo began developing plans for a combined stadium/shopping mall project. The plan was to get the stadium done in time for San Francisco to bid on Super Bowl 37 in 2003.

Unfortunately for DeBartolo, the 49ers franchise, and the fans, legal issues got in the way. DeBartolo was involved in an extortion/bribery scandal surrounding a Louisiana riverboat casino in 1997. He was subsequently forced to give up ownership of the franchise to his sister, Denise DeBartolo York, who shared ownership with her husband, John York. The shopping mall/stadium project went by the wayside, and the 49ers remained in Candlestick Park as the century turned.

The 49ers remained a competitive team early in the new century, but poor cap management and the mind-boggling decision to replace Steve Mariucci with Dennis Erickson did them in for much of the last decade. After a pair of playoff appearances in 2001 and 2002, the 49ers sunk at or under .500 for the next eight seasons. This coincided with an ownership that was struggling to figure out what to do with a new stadium.

In 2005, the 49ers welcomed Jed York into the organization. York is the son of owners John and Denise York, and nephew to Eddie DeBartolo. He grew up with the franchise during the glory years before departing for college in New York.

As he described it to Sports Business Daily, the plan was always to have him come back and join the "family business" once he had more experience away from the team. However, the team's struggles on and off the field resulted in him returning to the Bay Area in 2005. He joined the team and was provided an opportunity to learn the organization inside and out:

Jed York's first job with the San Francisco 49ers was sewing names on the backs of jerseys. And, no, he did not know how to sew before getting the assignment.

When he moved back from New York to receive indoctrination in the football family business in 2005, he spent time with each of the team's units, no matter how far down the food chain.

Once he had learned the organization, he was inserted firmly in the stadium development process as Vice President of Strategic Planning. The shopping mall/stadium project remained in the discussion in San Francisco, but financial terms could never be figured out. A lot of blame went around, but in reality, the situation was the kind of political mess that often pops up during stadium debates.

As it became clear a San Francisco-based stadium was not going to work, the 49ers approached the city of Santa Clara in 2006 about building a stadium near the franchise's current office location. The two sides spent a year researching and discussing the idea, and began negotiations in 2008 that resulted in a term sheet in 2009.

It was during this time that Jed York became the face of the franchise. John and Denise York had run the franchise before Jed's arrival, but he quickly moved up the chain of command. In late 2008, he worked directly with then-general manager Scot McCloughan in deciding to fire head coach Mike Nolan and replace him with Mike Singletary. In the press conference announcing Nolan's dismissal, Jed York acknowledged his parents would remain involved with the franchise, but he would be the face of the organization.

While the Singletary decision backfired, the stadium project moved along surprisingly smoothly. The environmental impact reports revealed no major problems, and it was subsequently presented as a ballot measure in 2010. The measure passed with ease and ground was broken in April 2012. That might seem like a quick glossing over of details, but it really did go that smoothly. 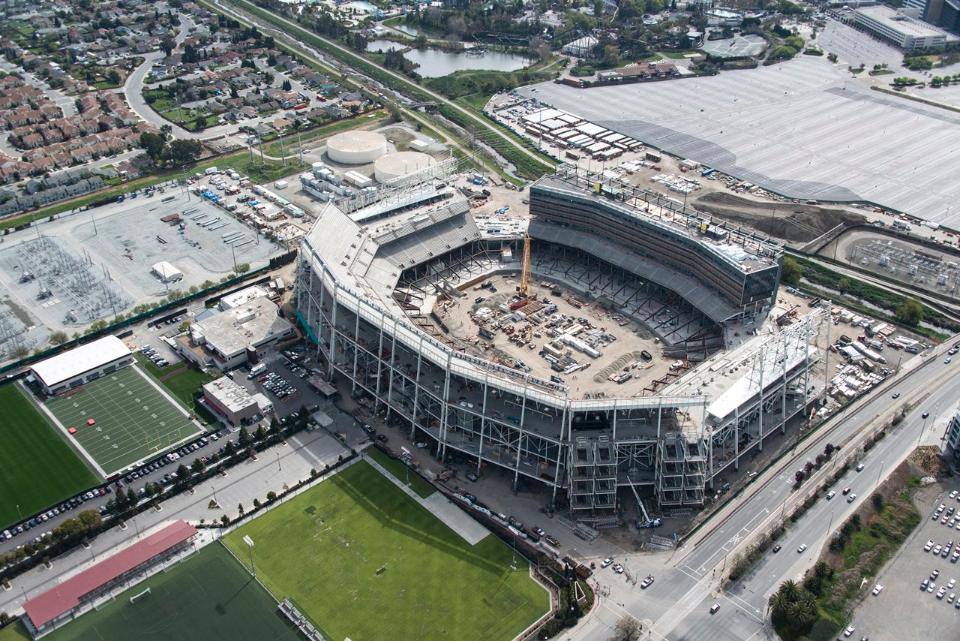 The stadium is now more than 50 percent complete, with construction expected to be completed in time for a summer 2014 opening. The 49ers were notified before construction that this would situate them properly for a chance to bid on Super Bowl 50. The league requires a new stadium be complete for two seasons before it can host a Super Bowl, and this means the 49ers' new stadium will get in just under the wire.

In 1997, the 49ers began the process of developing a new stadium in San Francisco. Fifteen years later, the 49ers have their new stadium, and arguably the most historic Super Bowl to date. The stadium is in Santa Clara instead of San Francisco, but the Bay Area Super Bowl committee has been able to use that to its advantage. Whether it be tee times at Pebble Beach, wine-tasting in Napa, or just enjoying all that San Francisco has to offer, the Bay Area bid was quite extensive.

When the team was still trying to get a stadium built in San Francisco, a political, tumultuous environment inhibited that from happening. Fortunately for the Bay Area and the 49ers, all parties involved have been able to move past that for the greater good of the region. After the announcement, Jed York discussed the teamwork:

After years of struggling to get a stadium built in San Francisco, the 49ers expanded their horizons in the Bay Area and worked out a deal to keep them in the region and bring a Super Bowl to town. Not a bad day's work by Jed York.