The importance of perimeter shooting to the Memphis Grizzlies

While the Memphis Grizzlies lost Game 2 to the San Antonio Spurs Tuesday, they may have discovered an adjustment that could help propel them back into the series.

Share All sharing options for: The importance of perimeter shooting to the Memphis Grizzlies

The Memphis Grizzlies lost Game 2 to the San Antonio Spurs in overtime on Tuesday night, falling behind 2-0 in the series. That's bad. Generally, it's very hard to come back from a 2-0 deficit in a playoff series.

But with that bad news comes a silver lining that could prove crucial in their attempt to come back in this series. In Jerryd Bayless and Quincy Pondexter, the Grizzlies may have found a wing combination that provides them with enough perimeter shooting to get back offensively. The duo was on the floor for a majority of the Grizzlies' comeback effort. From the 4:22 mark of the third quarter on, the Bayless/Pondexter pairing shared the court for over 15 and a half minutes. The Grizzlies outscored San Antonio by eight points during that stretch and would have done so by more if they could hit a couple more open shots and didn't miss a handful of layups near the end of the fourth quarter.

The Bayless/Pondexter combination doesn't start for Memphis, of course, because Lionel Hollins prefers the defense of the Tony Allen/Tayshaun Prince duo. But the problem is that the Spurs are cheating off those two players (more so Prince than Allen) to prevent the Grizzlies from running their patented post offense. It's the same formula San Antonio used against the Lakers, and it had been working the same way.

Look at all these examples of the Spurs helping off Prince (usually) or Allen (occasionally) to jam up the lane. 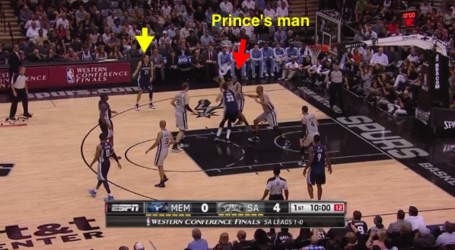 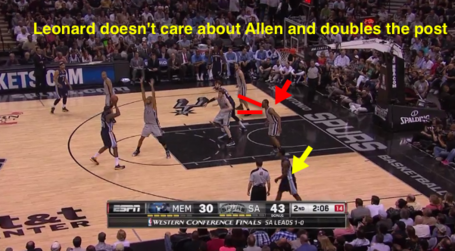 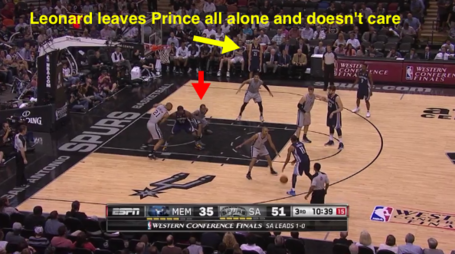 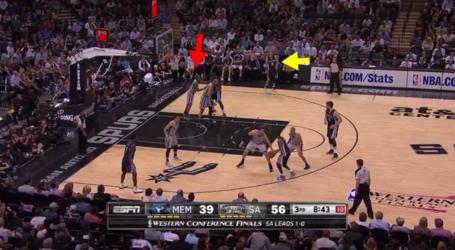 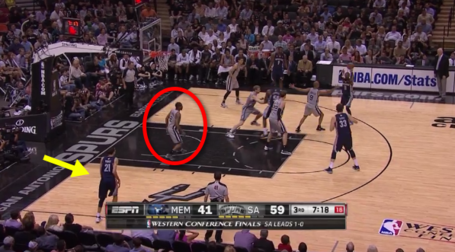 The Spurs would rather risk the possibility that a poor offensive player like Prince or Allen gets an open opportunity if it means shutting off far more dangerous options like Marc Gasol or Zach Randolph in the post. Prince and Allen are so limited offensively at this stage of their careers that they can't make San Antonio pay for accepting that trade-off. When they play together, their limitations only allow the Spurs to send even more resources at Memphis' more dangerous options.

This is where Pondexter has a lot of value. As an excellent three-point shooter from the corners and a solid shot-fake-and-drive player, Pondexter actually has the capability to make the Spurs pay for the way they allocate defensive resources. He's hitting 44 percent of his three-pointers in the playoffs and has hit six of his 13 attempts from downtown in the series. His spot-up capabilities also allow him to do this when the Spurs employ the "Tayshaun Defense" on him. 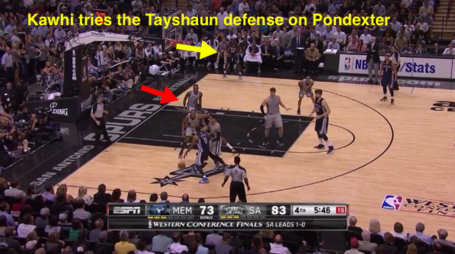 At a certain point, the threat level of Pondexter forces the Spurs to reallocate their defensive resources, which provides more space for Memphis' primary offensive options. This is especially true when Bayless, a much stronger offensive threat than Allen, is in the game with Pondexter. Notice some of the differences in the positioning of the Spurs' wing defenders on these plays. 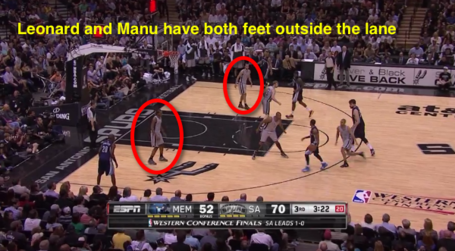 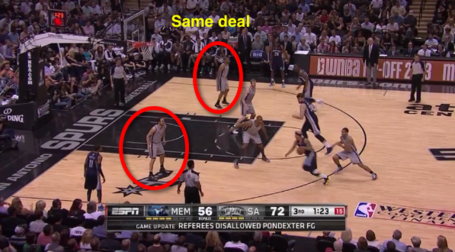 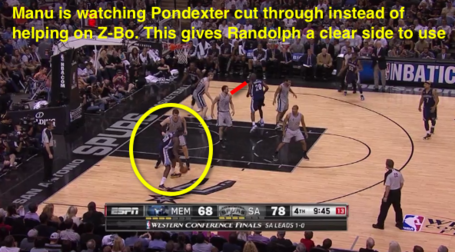 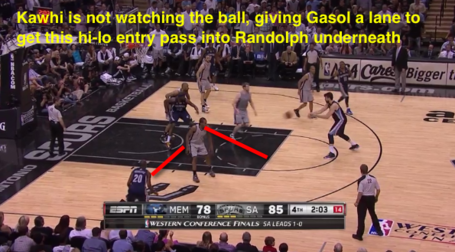 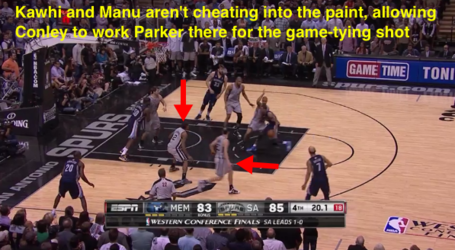 Good shots were created on all these possessions, in large part because Pondexter and Bayless occupied enough of the defense's attention to open other opportunities.

The Grizzlies also did a couple interesting things with Bayless to get him the ball on the move. Here, Conley executes a dribble handoff into a pick and roll to get Bayless an open shot.

On this play, the Grizzlies have Bayless enter the ball to Gasol in a HORNS set, then come off a staggered double screen -- i.e. two screens not set on top of each other -- for an open jumper.

Earlier, the Grizzlies ran a similar set, but had Bayless fake a screen for Conley before coming off a double screen of his own.

Finally, here's a nifty Flex-style set where Bayless fakes a cross-screen in the post for Zach Randolph, then curls to the lane for an open three as Darrell Arthur screens his man. (This may look familiar to some, because it's essentially the Paul George Screen Maze I wrote about before the playoffs).

Bayless has his faults, obviously. He exhibits poor shot selection and struggled mightily at times trying to defend Tony Parker. But these are the kinds of plays the Grizzlies can run with him that they can't run with any of their other wing players. That makes him valuable in trying to address the Spurs' defensive coverages.

This series is far from over, and in fact, there's some reason for optimism for the Grizzlies. They lost the first two games to the Clippers in Round 1 -- with Game 2 acting as a heartbreaking defeat -- but implemented the discoveries they made in defeat and won the last four games of the series. Last season the Thunder dropped the first two games of the Western Conference Finals to the Spurs, but discovered some cracks in the Spurs' gameplan at the end of Game 2 and used that momentum to win the next four straight.

It will be a tall order for the Grizzlies to repeat history, of course, but they have discovered something that works with their wing combination. If they carry the adjustments over properly, they can get right back in this series.