Derrick Rose, anxiety and asking athletes to be more than human

Derrick Rose says he isn't mentally ready to play. Who are we to demand more?

Share All sharing options for: Derrick Rose, anxiety and asking athletes to be more than human

On Wednesday, I wrote about why I wouldn't trust the Chicago Bulls' medical staff after its recent record of clearing injured players who then injure themselves even worse. I wouldn't trust them, so I don't blame Derrick Rose for potentially not trusting them.

Several folks brought up that Team Rose chose the Bulls' doctor, Brian Cole, to perform the ACL repair surgery, indicating that the star guard and his management do trust Cole and, as such, should trust the team's plan for a return this season. (He's reportedly been cleared since February.) We don't know why Rose chose Cole -- expedience? Experience? Location? Comfort? Trust? Who knows? But he did, for better or worse. And while Cole -- as Rose's doctor and a Bulls employee, which is problematic on its own -- has been advising Rose to play, the guard isn't complying.

It's been suggested that Rose looks perfectly Rosian in practice, which indicates that the final hurdle to get on the court is mental. Three thoughts on that angle in all of this.

Living and working with anxiety disorder 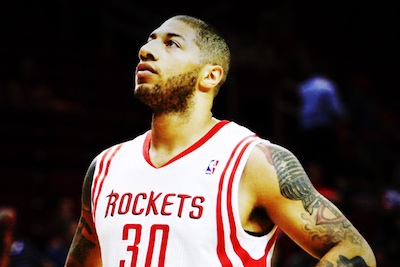 From Scott Neumyer: "I’m not, in fact, Royce White. Physically and financially, White and I are worlds apart. Despite these differences, however, in the one way that might matter the most, I am Royce White."

1. This is the season the NBA and its fans were supposed to figure out why mental health is an important consideration, thanks to Royce White. White slipped down the first round of the 2012 NBA Draft due to well-publicized anxiety disorder. One of its manifestations -- not uncommon for those who suffer from anxiety -- was a fear of flight. The Rockets knew this when they drafted White, and worked to find solutions. Solutions, however, came rarely for White and the Rockets. An outside observer would probably surmise that White's militant stance on his needs, constant public airing of grievances via Twitter and accusations of dishonesty against his bosses caused the majority of problems. But for all we know, White could be right and justified. It's a mystery to those of us not intimately involved. So the lesson White's NBA career was supposed to teach us never materialized in 2012-13.

But that lesson, or a similar lesson, could be taught by Rose if we were willing to listen. Rose's comments a few days ago emphasized his desire to be fully healthy next year. Because of his recent history -- namely a 2011-12 season in which he constantly played through injury only to suffer the torn ACL in Game 1 of the playoffs -- it appears he feels a fresh start in 2013-14 is better than getting potentially chipped up in these playoffs and spending part of the offseason recovering. He fears falling back into the "dinged up" trap, perhaps as much as he fears another catastrophic injury.

Fear is human. We all feel it, and we all succumb to it. Why are we split on whether Rose is allowed to feel it and succumb to it? 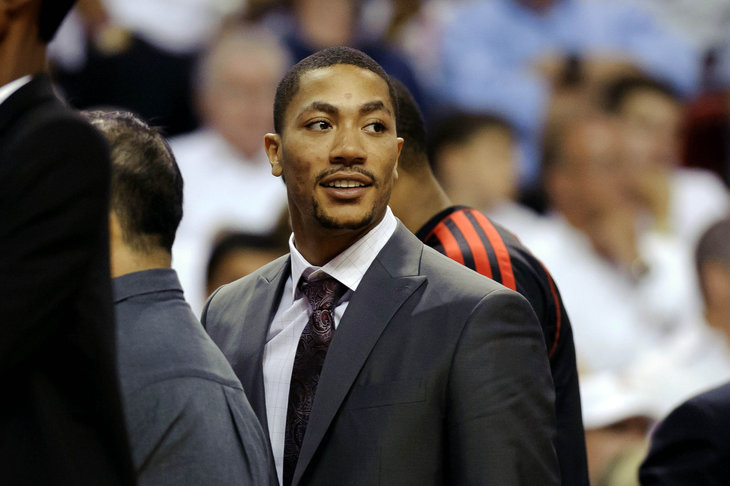 2. Riffing on that question about why we can't allow Rose to feel or succumb to fear: is this an area where the lionization of the greatest athletes has raised the bar to impossible heights? More is expected of Rose because he's the youngest MVP ever, a superstar of the highest order and the heart, soul, arms, legs, back and brain of the Bulls. But he is still a human. Did we forget that? We romanticize our superstars, particularly the stars of yesteryear, when the speed and centrality of media would have made this a much smaller deal in real-time.

MJ played a great game with the flu ... so now every player who sits with the flu in a critical game is soft, despite the fact that flu is pretty nasty and, you know, kills people. When Luol Deng gave his Twitter speech last week about the meningitis and the spinal fluid leakage and insisted he wasn't soft because he spent the day in the ER instead of on the court, I cringed when he wrote that he'd never miss an important game because of the flu. THE FLU IS PRETTY SERIOUS, guys. But because of how we champion our stars' triumph over all opponents -- rivals, the odds and bad health alike -- we set standards for toughness. Suddenly the man who takes a day off with the flu isn't as great as MJ because MJ would have played through it. No. That's not how it should work.

No one is allowed their own timeline, their own comeback from injury or illness.

It's almost like pro athletes are in an eternal, escalating battle against legend. "MJ played through the flu? I'll play on a broken leg." Rose is facing that every time a clever writer tweets that Adrian Peterson had 1,800 yards 12 months after ACL surgery, while Rose has zero minutes played. It's inadvertent one-upmanship by the players who recover quickly. No one is allowed their own timeline, their own comeback from injury or illness. You are judged against the highest standard reached by any man.

(And yes, I know Rose was beat back onto the court by a couple months by Iman Shumpert, who is not considered the greatest at anything but hair perpendicularity. But the Peterson comparison comes up with as much regularity.)

3. If that which keeps Rose from lacing up is solely mental, who are those who urge him to just play to know how best he should address that? I know everyone on the internet is an expert in the fields of law, medicine, history, science, language and the culinary arts. But there's a ridiculous amount of "Britta Perry, Licensed Psychology Major" going on with regards to Rose. We -- fans, writers and most of all the Bulls -- should be trusting any anxiety issues to actual mental health doctors. A team cannot compel a player to therapy or counseling. But it can make those services accessible and recommended. It probably isn't worth traveling that path at this late point in the season, as the Bulls have between one and five weeks left in their campaign. Psychiatry is a long play.

That said, perhaps this whole saga should incite teams to make mental health a key piece of any recovery from catastrophic injury. You have a surgeon, a physical therapist, strength and conditioning coaches, trainers, a shooting coach. Maybe add in a brain doctor, too? The brain is pretty important, all told.

Without that ingredient, we're also just screaming at the terrified passenger to get on the plane and sit down already. How helpful is that?