Share All sharing options for: Jim Leyland's still looking for some (expletive) advice

Wednesday, the Tigers blew a save and lost to the Royals. More specifically, Jose Valverde blew the save. It was his fourth blown save, against nine successes. He's also given up five home runs in 18 appearances. The Tigers do have a semi-comfortable lead in the A.L. Central, but that's only because the A.L. Central is terrible. The Tigers' bullpen is an issue, just as it was an issue last October.

Fortunately for us, USA Today's Bob Nightengale was recently on the spot ...

Detroit Tigers manager Jim Leyland was recently lying on his office couch, baring his soul, as if he were talking to a therapist, and not a room full of news reporters.

He was addressing the No. 1 topic in Detroit these days, the man that has an entire city terrified every time he steps onto the field: beleaguered closer Jose Valverde.

"Sometimes it boggles my mind."

Who should he (expletive) close with? I just had a serious case of déjà vu, as if we've discussed this subject before.

Oh. Right. We have. On a number of occasions.

But just in case you weren't around in April and May, here's an executive summary, roughly chronological, of Jim Leyland's closers in 2013:

Among Leyland's pitchers who haven't been the closer for even a moment: Al Alburquerque, and lefties Drew Smyly and Darin Downs.

Dotel went on the Disabled List shortly after his first (and only) shot at a save, while Alburquerque actually got sent to the minors, where he's been struggling with his control. One guy who hasn't been struggling? Bruce Rondon, who -- stop me if you've heard this before -- was supposed to take over from Valverde this season, but looked so shaky in spring training that the Tigers re-signed Valverde. Rondon opened the season in the minors, pitched well there, got called up, blew a save and otherwise struggled, and got sent back down. Enter: Valverde. And now we're where we're at, with Leyland expletiving like there's no (expletive) tomorrow.

Smyly should get the chance to close 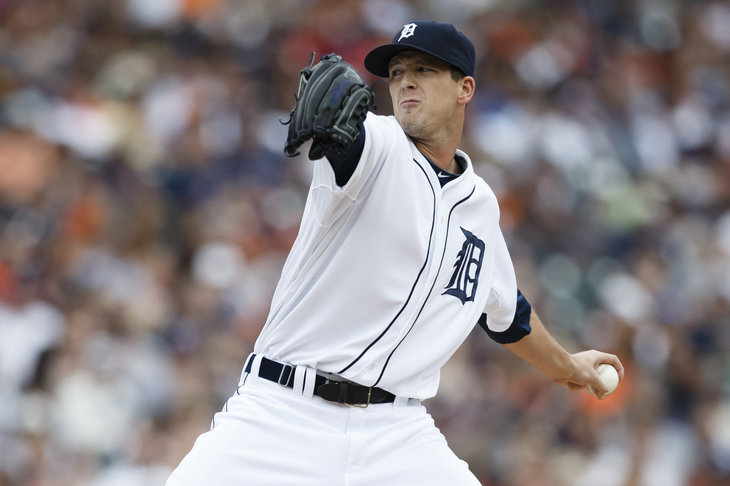 Who the (expletive) should close? Kurt Mensching of Bless You Boys has a suggestion.

Here's the thing, though: Jim Leyland has a lot of options here. He's got five pitchers in his bullpen, right now, with strikeout-to-walk ratios of 3-to-1 or better. Of those five, only Valverde's been particularly home-run prone. Granted, three of them are lefties. So why not get creative? Do a bit of mixing and matching?

This seems to me a problem purely of Jim Leyland's making. He seems frustrated because Jose Valverde's the only Proven Closer™ at hand. Well, tough (expletive). Make a (expletive) commitment to him, then. Or make a commitment to someone else, see if maybe Smyly's got what it takes. Or go with a closer-by-committee for a while; you're supposed to be a Hall of Fame manager, so manage like one. Or bring back Rondon, who's continued to pitch well in the minors; maybe, just maybe, he deserved more than the 2⅓ innings he pitched when he was up before.

This whole thing's just been a mess from Day 1, and largely a mess of Jim (expletive) Leyland's own (expletive) making. Now it's time for him to (expletive) unmake it.

For much more about this developing situation, please visit SB Nation's Bless You Boys.

The Detroit Tigers and their Ninth Innings