As we prepare for a do-or-die Game 7, everyone involved will need to summon up some reserve of energy after a long season and an emotionally draining Finals.

Share All sharing options for: NBA Finals 2013 Game 7 preview: Sleep is for suckers

MIAMI -- Some 12 hours after the Heat and Spurs electrified the country and elevated the sport of basketball to a level unsurpassed in at least a decade and maybe longer, everyone shuffled bleary-eyed back into American Airlines Arena.

That is affirmative. Sleep can wait for the weekend. This is too good right now and Game 7s are too precious to waste moments on something as trivial as sleep.

I've been fortunate enough to cover seven of them in my career, and one in the Finals. The best word to describe that 2010 finale between the Celtics and Lakers is "claustrophobic." Every possession was critical and every shot felt like the most important one anyone would ever take. That game was rough and ragged, but it was as real as anything I've ever experienced from the opening to the final buzzer.

It would be fitting in a perverse kind of way for this wildly entertaining and completely irrational series to conclude with the San Antonio Spurs winning a Game 7 on the road. No one has done it in 35 years -- that would be Dick Motta's Washington Bullets -- so maybe we're due.

Or maybe it's already all over after the Heat absorbed San Antonio's best shot in Game 6 and lived to tell the tale. We don't really know, and anyone who says they do is guessing. Everyone is exhausted, beat up and hanging by a thread. 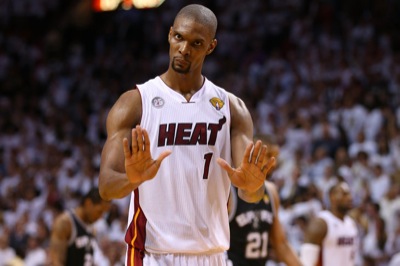 "I don't really care what it's been like for anybody else at any time," Gregg Popovich said. "All I know is we have had a hell of a year, and we have an opportunity to win a championship tomorrow night. That's all that matters."

No one really knows just how much was taken out of the Spurs on Tuesday, but if any team can bounce back on an emotional level, it's them. They went out to dinner as a team after it was all over and swapped stories.

Tony Parker, Tim Duncan and Manu Ginobili could speak from experience after winning a Game 7 against the Pistons in 2005. Parker told the story about how his French national team blew a seven-point lead with 35 seconds left in the European Championships and came back to win the bronze medal. Different times, different stakes, but the same people.

"You know what, it's all about just winning the title," Duncan said. "It's not about situation or what has led up to it. It's a great story for everybody else, but we're here for one reason. One reason only: It's to try to win this game tomorrow. We have had a very good season thus far, and I think we just want to get to the game more than anything. We just want to see what happens and be able to leave everything out there."

There has been a lot of talk lately about legacies and the like, which is a rather new phenomenon in this age of sports journalism. Legacies used to be allowed to happen. Now we have to define them on an annual basis. In this series, it's been more like an every-game deal, and on Tuesday night, it was broken down by possessions.

No one feels that more than LeBron, of course. He is without peer at the moment in this sport and thus there is no one to compare him to except for those who came before him. As Bill Russell so eloquently put it, "You can't play against ghosts."

Could have been worse 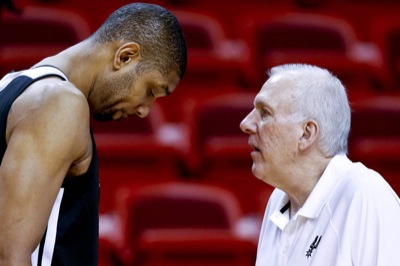 So James performs in an echo chamber. One moment, he's wrecking his career, and the next, he's redefining his greatness. Then he turned it over. Then he made a three. It must be exhausting to live life under such circumstances.

He has shown an admirable ability the last two years to meet these demands head-on and define them on his terms, as best he can, anyway. Consider the question that was posed about whether he ‘needed' to win back-to-back titles.

"I mean, I need it because I want it, and I only came here ‑‑ my only goal is to win championships," James said. "I said it, ‘This is what I came here for.' This is what I wanted to be a part of this team for. As far as validation of me being here, I don't really ‑‑ I don't think so. That side doesn't really matter to me about what validates us coming together. So for that side, no. But I want it. And I'm going to do ... I'm not going to cut no corners. I'm not going to cheat the game. I'm going to work for it. We're not entitled to win it. We have to work for it. So that's what I'm here for."

None of that really matters around 9:10 ET Thursday. It will come down to execution and talent. It will also come down to mental toughness, an impossible quality to accurately quantify, but a real part of this game after 82 regular-season contests and four rounds of playoffs.

It will be grand and fitting and appropriate that the two best teams will play one more game to decide the 2012-13 season. The opening tip awaits and the excitement builds with every sleepless hour.