College World Series 2013: Breaking down the greatest PowerPoint of all time

The Mississippi State baseball team was dismayed when head coach John Cohen informed them before the season that he would not be lifting his ban on player facial hair. So the young men did what anyone does when facing a critical difference in opinion: they made a PowerPoint presentation.

Share All sharing options for: College World Series 2013: Breaking down the greatest PowerPoint of all time

Entering the 2013 season, Mississippi State sophomore relief pitcher Trevor Fitts just wanted to rock a beard. The only problem? The 22-year ban on player facial hair that had been in existence since back in head coach John Cohen's own playing days.

Faced with an unrelenting coach, Fitts fired up his laptop and tackled the issue head-on with PowerPoint, same as any of us would.

Fortunately for mankind, someone in the Mississippi State media department wrangled up this piece of Microsoft Office gold and posted it onto the school's official sports blog last week for all the world to see.

I'm excited to check this thing out, so lay it on us Trevor...*

* We're bringing you a slightly abridged version of the entire 15-slide presentation. 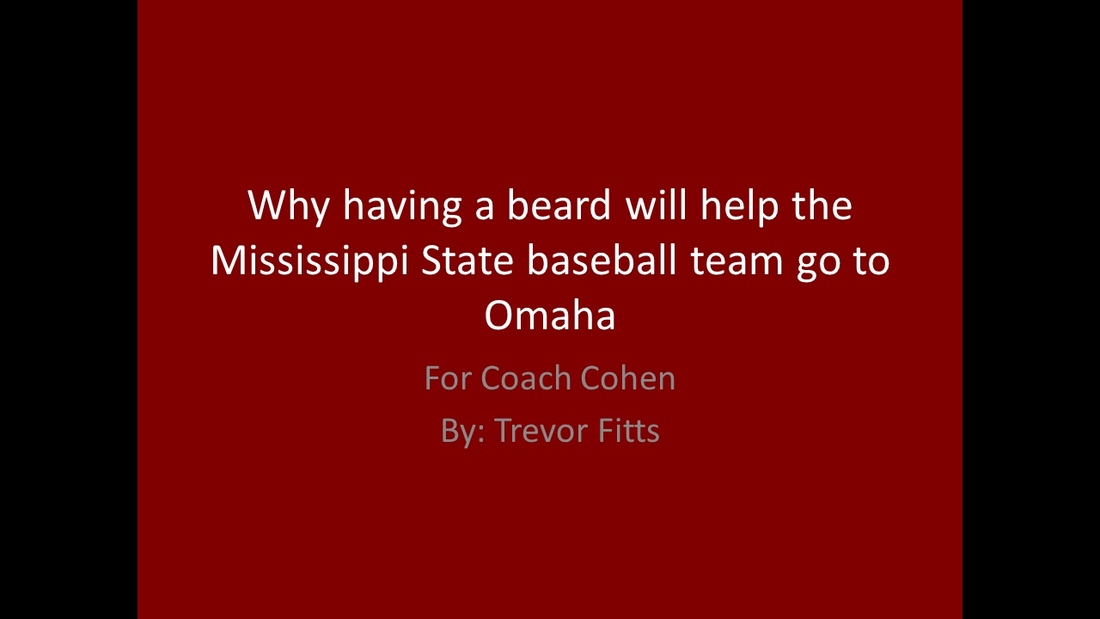 Solid start with the title slide here: stating the purpose, acknowledging the audience and citing authorship -- everything they teach you in middle school, or whenever the first and final time you learn about PowerPoint is. 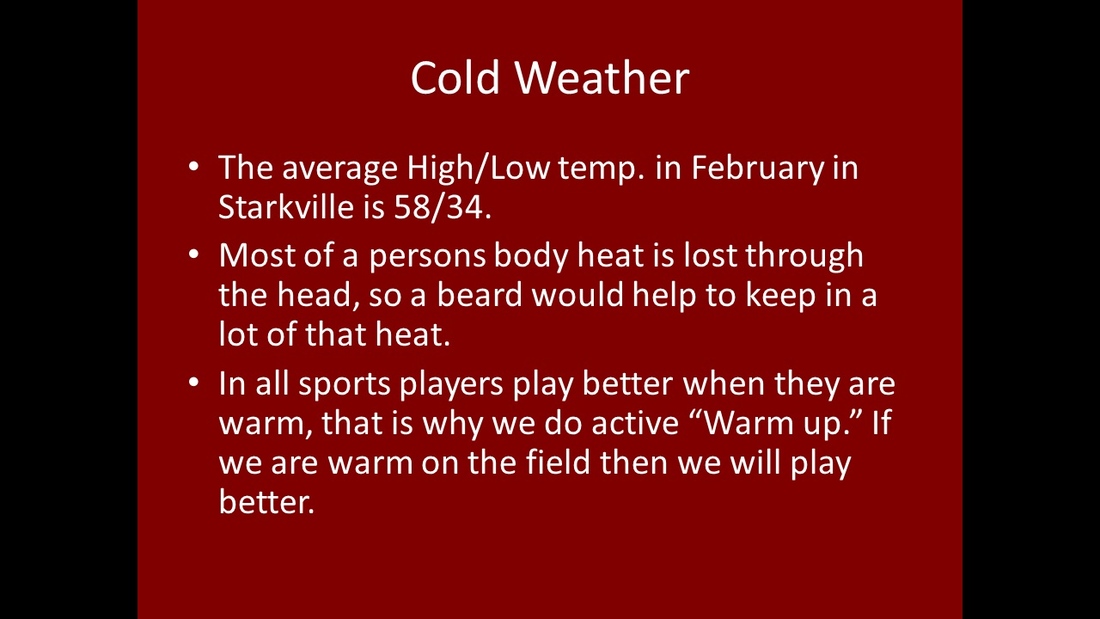 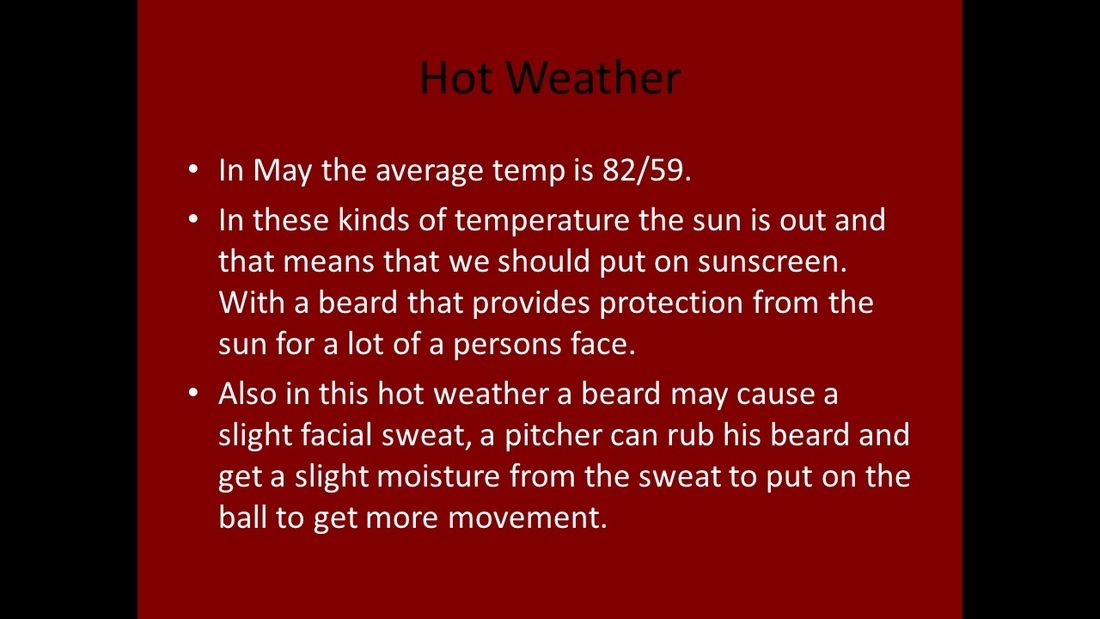 Good touch with the average temps, Trevor. Clearly some research went into this. I especially like the bit about moisture and ball movement. You following so far, Coach? 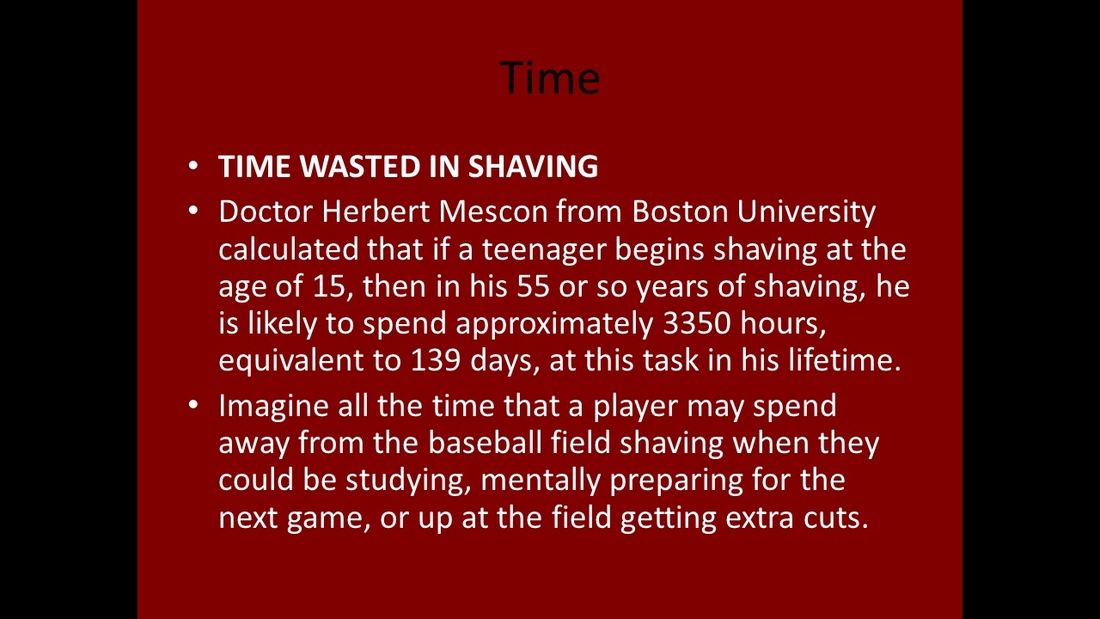 Oh shit, this just got real. We've just gone from a humorous little slideshow to citing scientific research from accredited academic studies. This thing is now at a whole new level. 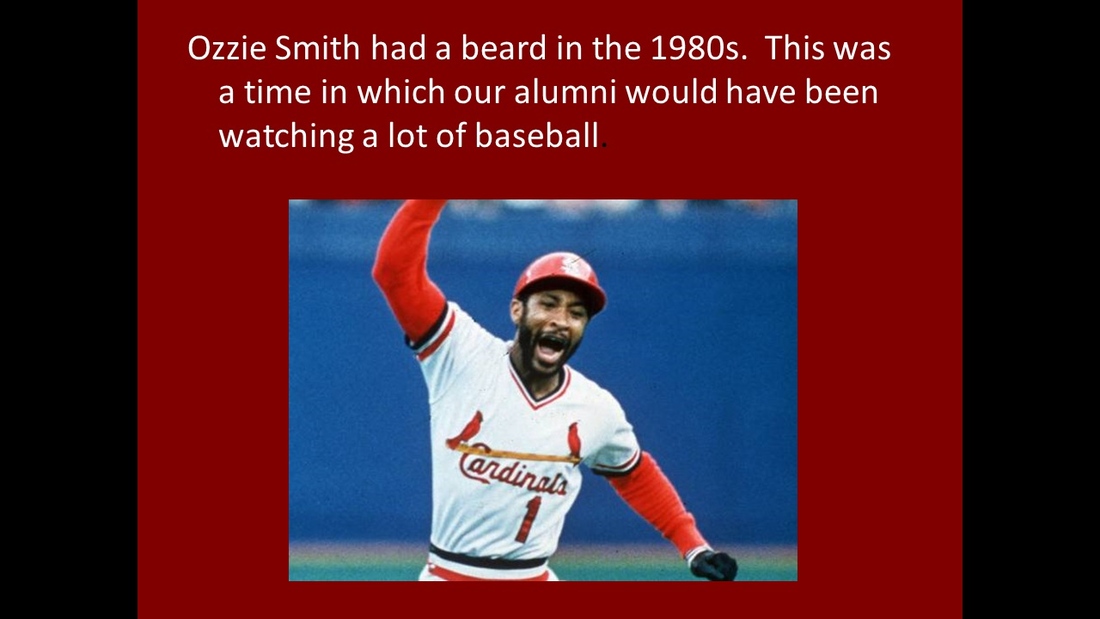 A Wizard of Oz reference goes a long way in bolstering any presentation, regardless of subject matter. Try dropping this image into your next office slideshow on boosting quarterly profit margins. No need for explanation. They'll understand. 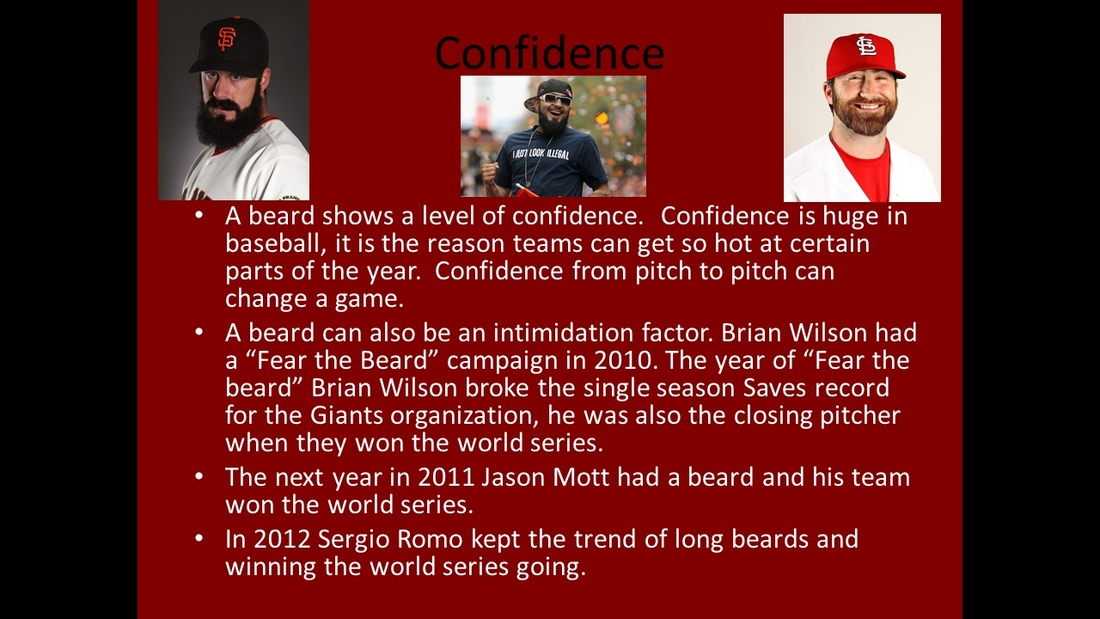 So there may be a capitalization issue here or there, but give the guy a break, he's a ballplayer, not an author. The point here, Coach, is Brian Wilson. Need this argument really continue any further? 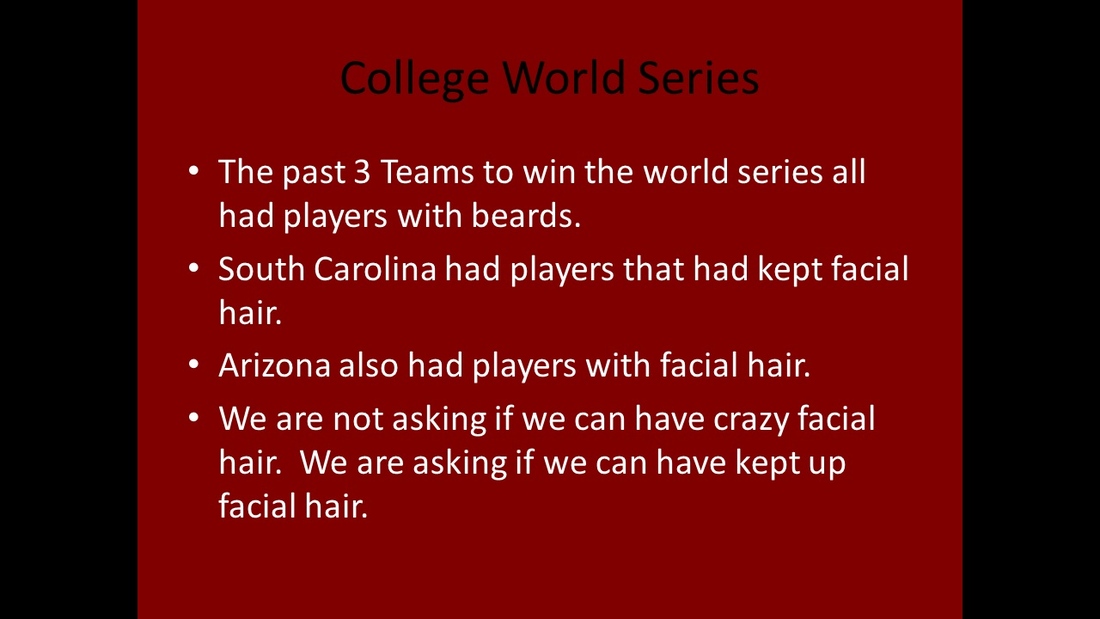 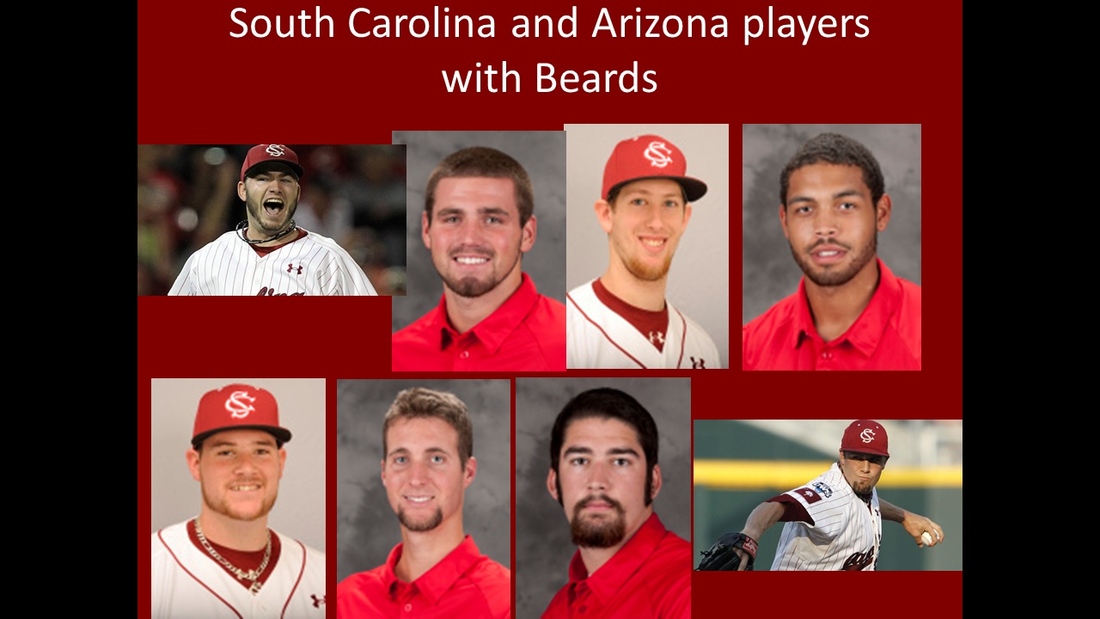 Not only is Trevor informing us about previous chin curtained champions, but is providing photographic evidence to go along with it --- evidence which was, judging from the backgrounds of the Arizona head shots, apparently pulled from a late-90's high school yearbook. 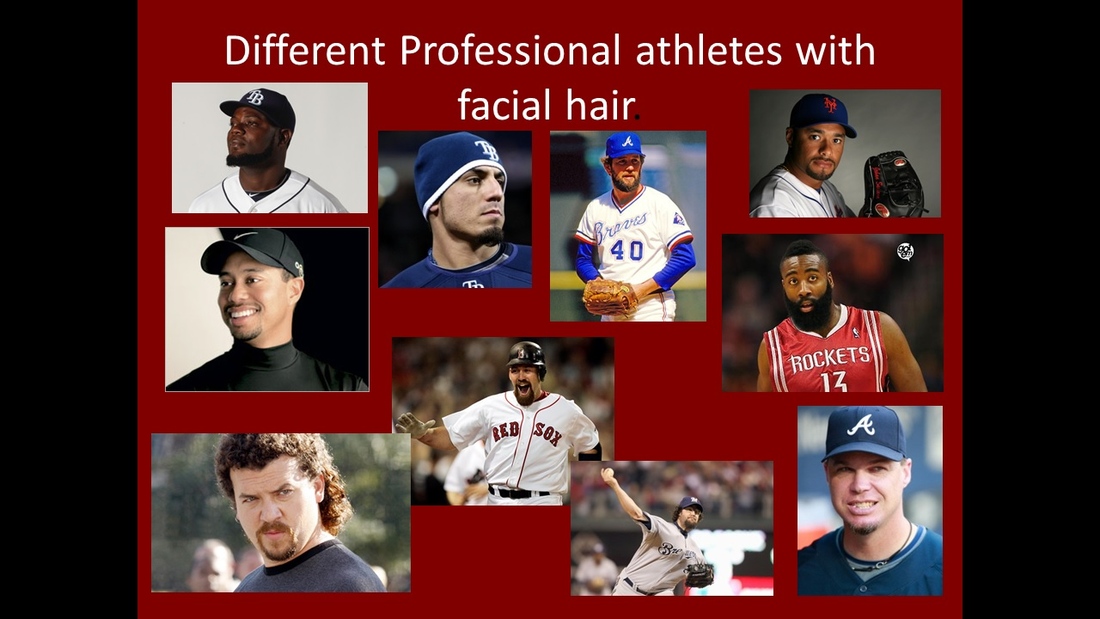 I really like where you're going with this, Trevor. Included in this wall of fame is the triumvirate of bearded athletic greatness that is Kenny Powers, James Harden and Kevin Youkilis. Powers is the real clincher here, especially considering his doppelgänger holds down the back of the Bulldogs' bullpen.

Don't know if I would have included goateed Tiger, though, that being a post-sex-addiction-career-meltdown version and all. 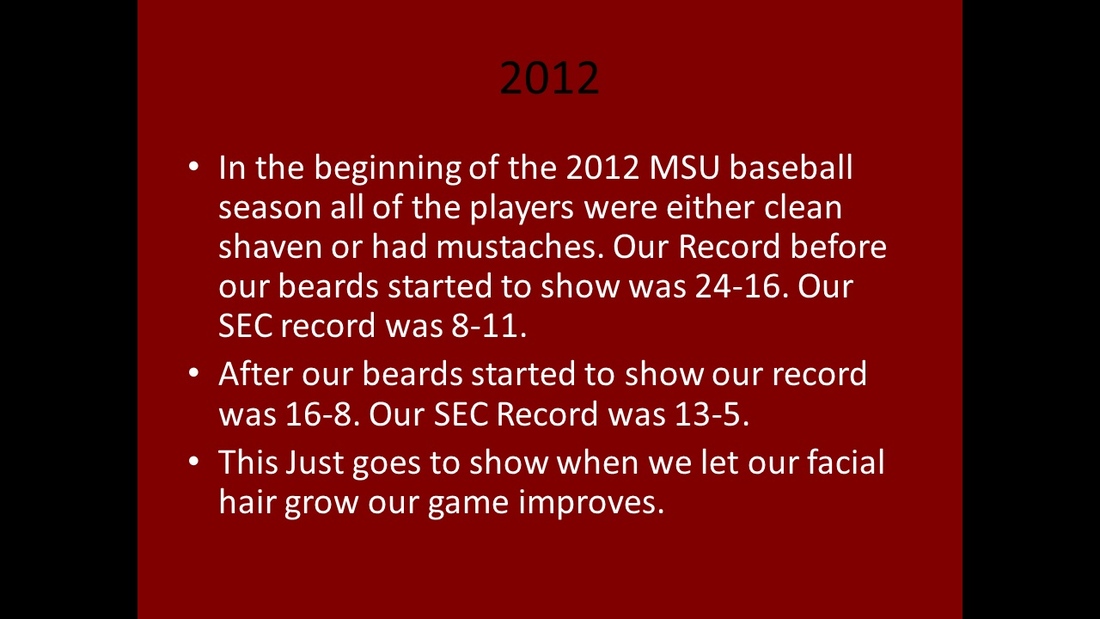 You can't argue against whiskermetrics, Coach.

I am somewhat confused, though, as it seems the ban was, in fact, temporarily lifted midway through the 2012 season. Or perhaps the team just said to hell with the rule and formed a mustache mutiny?

In any event, on to the last slide. Time to pull all the punches, to leave some sort of lasting impression to ignite the coaching staff's imagination and desi... 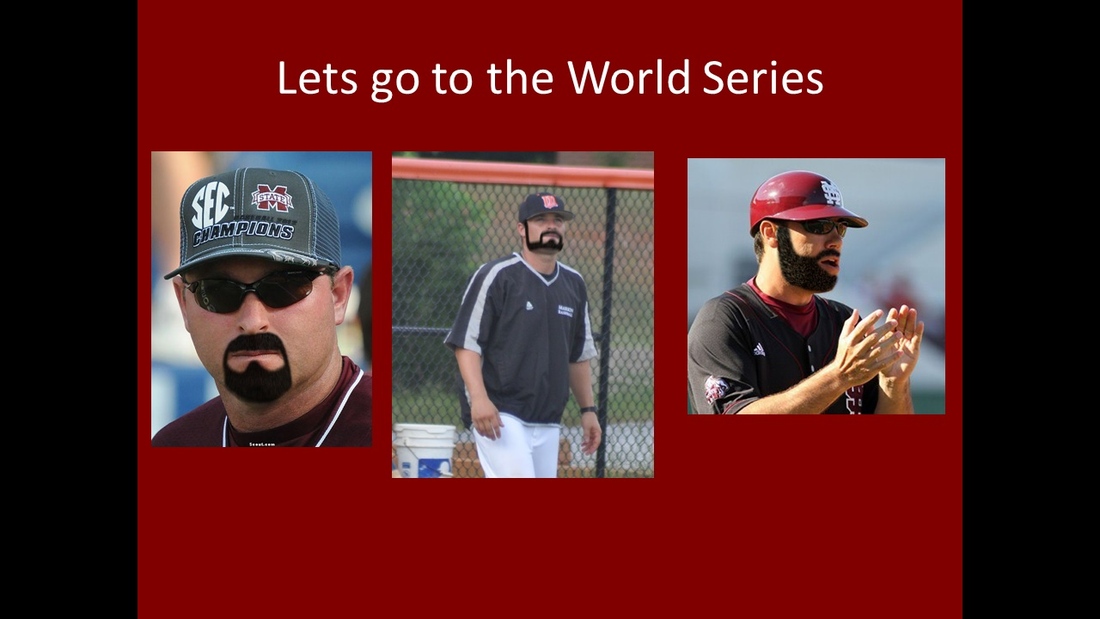 BOOM! Follically-enhanced versions of Coach himself, done just well enough to look halfway realistic but amateur enough to be hilarious! How can you look at that handsomely goateed photo of either you or John Travolta playing a bad guy and not be swayed, Skip?

As it turns out, he was swayed. In the face of such expertly Photoshopped evidence, Coach Cohen had no choice but to concede to Trevor and his teammates. He allowed facial hair for the first time this season, and the Bulldogs have rewarded him by catching fire in the NCAA Tournament and streaking into the College World Series for the first time since 2007, where they now find themselves just one win away from the championship series.

As for Trevor, he and his new look are playing a key role in the dominant postseason performance of State's bullpen. He's up in strikeouts and has dropped his ERA by 0.43 since his clean-shaven 2012 campaign.

No thanks needed, Coach. Just a man and his beard... 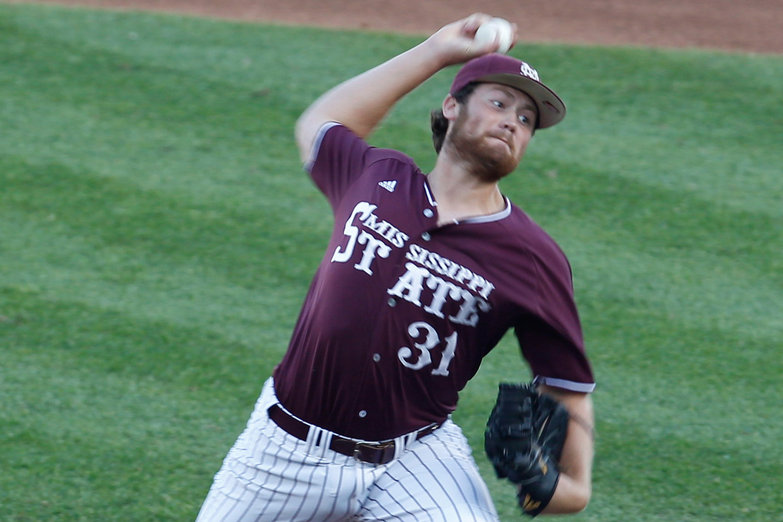 Special thanks to the Mississippi State media relations department for allowing the use of slide images.