The Sochi Olympics, Russia's anti-gay laws and using a platform with purpose

Some LGBT advocates are pushing for a boycott of the 2014 Winter Olympics in Sochi due to Russia's anti-gay laws, which include a ban on gay pride events. The Olympics, on the contrary, are the perfect stage for advocates and allies to make a statement.

Share All sharing options for: The Sochi Olympics, Russia's anti-gay laws and using a platform with purpose

In recent years, as the United States and other Western nations have expanded civil rights for the gay community, Russia has headed the opposite direction. The country has banned "gay propaganda" aimed at minors; a brochure explaining that being homosexual does not make you a spawn of Satan would, then, be against the law. In addition, the nation's court system has essentially prohibited gay pride parades from being held for, oh, the next century.

The next Olympiad -- the 2014 Winter Games -- will be held in Sochi, Russia. As a result of the Putin regime's crackdown on gay rights -- a crackdown that essentially puts the country's people under a massive version of "don't ask, don't tell" -- some LGBT advocates have called for an international gay and lesbian boycott of the Sochi Games and its sponsors. Myriad Olympic sports star gay and lesbian athletes, and have for decades. If Russia isn't accepting of homosexuality, why should homosexual athletes contribute to the prestige of an Olympiad held there? Don't LGBT athletes and allies owe it to the gay community of Russia to take a stand?

In many ways, they do. And that's precisely why a boycott of Sochi is, in my opinion, the wrong path forward.

A disclaimer: the sociopolitical factors surrounding this issue (and all others) in Putin's Russia are excessively complicated and fraught, with the Church playing a massive role in it all. I am not Russian, I have not studied Russian politics. Furthermore, I am not gay nor have I studied LGBT issues extensively. The folks calling for a boycott are, without question, far more well-versed in all sociopolitical and historical elements of this issue.

That said, it strikes me that there can be no stronger stand against Putin's regime than by taking the fight to Sochi. Getting even one athlete to boycott the Games on this basis would get notice, especially in the United States and Western Europe. But does that help the Russian gay community? Will the Russia media dare focus on what's missing in Sochi if a gay and lesbian boycott is successful?

Give them something they can't ignore

Give them something they can't ignore. As previous Olympiads have shown us, hosting the Games is a big deal, not just for the government and businesses, but for entire countries. It's a huge endeavor with massive amounts of focus and attention. Much of Russia will be watching Sochi, from the opening ceremony to the final medal. The state-run media can't ignore any of that. Putin can't ignore it. And no one in power can keep it from the 15-year-old Russian gay and lesbian kids that Putin's regime is trying desperately to shame.

If the Russian government is intent on preventing the country's young people from finding out the basic human truth that being homosexual is not a sin, this is the perfect moment for a big ol' dose of reality from LGBT and allied Olympians. The Olympics provide a stage for individual athletes and teams. There's really very little that Putin can or would have the stomach to do to censor Olympic champions from making their statements about gay rights, however subtle or obvious those statements may be.

It strikes me that the best way to protest a ban on gay pride parades is to turn the Parade of Nations into an hours-long message of support to the Russian gay community. If it's pervasive enough, there's nothing Putin's regime can do to stop it from reaching the very kids his government would like to quarantine from anything to do with homosexual acceptance. 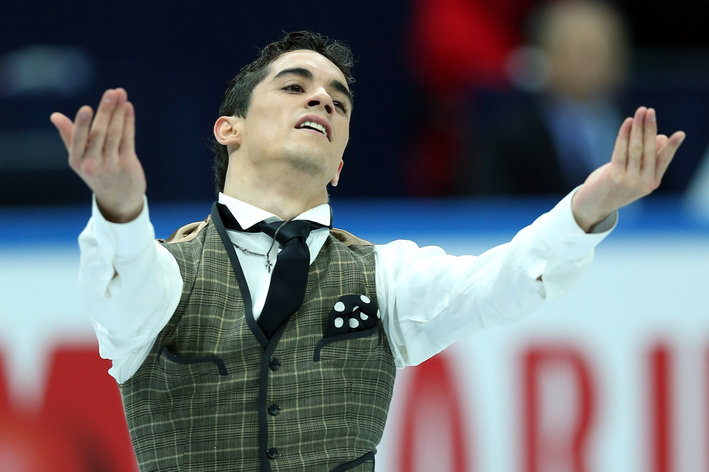 No athlete good enough to compete in the Olympics should ever be told by his or her country that they cannot fulfill her lifelong dream. The Olympics aren't about politics, they're about putting politics aside and competing in friendship.

Spread the message of equality far and wide throughout the Games. On the medal stands. In the Village. In TV interviews. A nation that supports gay rights would be better off adding a rainbow patch to its uniforms than boycotting the Games. Athletes who support gay rights can show their support for the Russian gay community without giving up their own Olympic dreams. And LGBT athletes can show those Russian kids better than anyone that being homosexual makes you in no way inferior. What stronger statement of gay pride could there be than to hold up a gold medal in one hand and a gay rights message in the other?

Putin recently signed a law putting tourists and foreign nationals -- including, one assumes, visiting Olympic athletes -- at risk of jail for violating the "gay propaganda" law. But does Putin really want the incredible fight that would result from the arrest of a high-profile athlete waving a rainbow flag? Would Putin invite that level of scrutiny on himself? (Don't answer that.)

Ask yourself this: what stronger political statement in Olympic history is there than the fists of Tommie Smith and John Carlos raised to sky? Smith and Carlos tried to lead a boycott of the 1968 Games to protest the participation of apartheid states Rhodesia and South Africa. It didn't take, so they ran, they won, and they left an indelible mark on the Olympics and, really, the world. Sochi is the perfect opportunity for the civil rights movement of our time to do the same.