Despite all reports to the contrary, Tom Brady's knee injury will totally force him into retirement. But when God closes a window, He opens a door. Time for the ol' Gunslinger to lace 'em up and teach all these kids a thing or two.

Share All sharing options for: Inspirational artwork in celebration of the Patriots' forthcoming Brett Favre Era

At Wednesday afternoon's practice, Patriots quarterback Tom Brady went down with a knee injury. The team has described the injury as "not serious," but since he has also experienced a leg injury at another point in his life, he will have to retire and everything is ruined forever.

The Patriots do have Tim Tebow on the depth chart, but they seem unwilling to really open up the playbook and give him the opportunity to succeed, which leaves the door open to an even more exciting possibility. I have long maintained that it just hasn't been the same without Brett Favre out there, and that the ol' Gunslinger still has a few tricks up his sleeve and could show all those young kids out there a thing or two and still has a little gas in the tank, and that it would sure be great if he laced 'em up one last time and really took it out and chopped it up out there and made one more run at the Super Bowl and find a way to win any which way he knows how.

In anticipation and tribute, I have made some inspirational artwork. I like to think that Brady (RIP) will be looking down on Favre and giving him helpful advice as he continues the Patriots legacy. 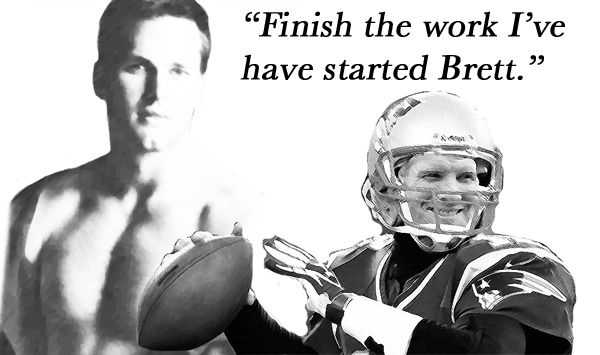 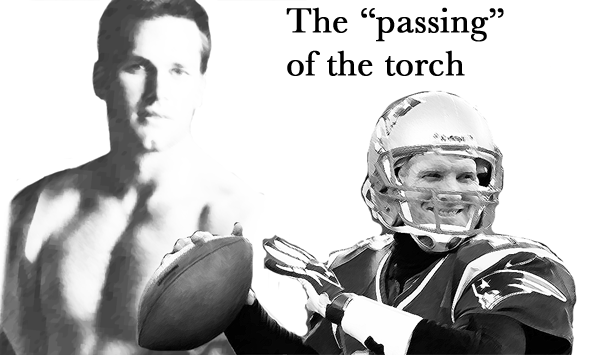 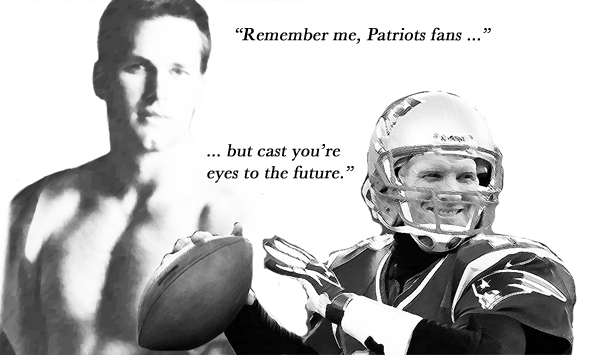 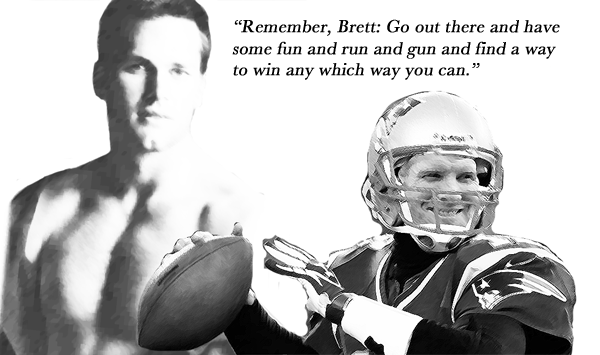 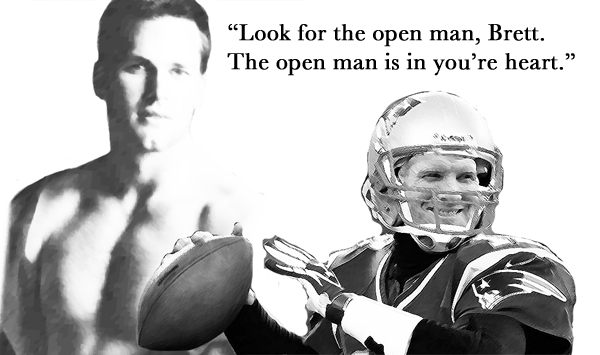 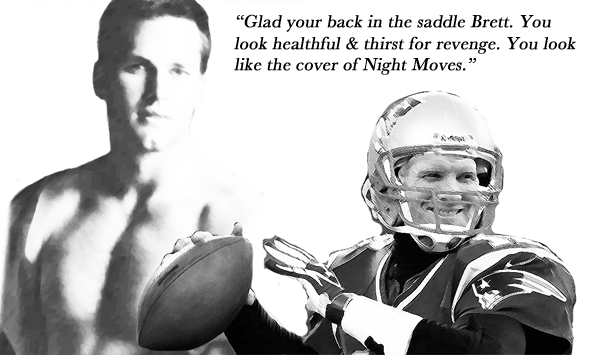 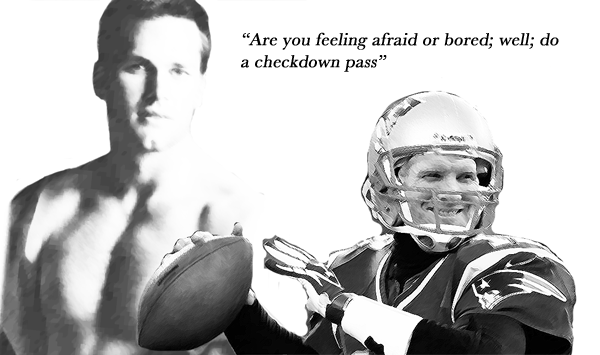 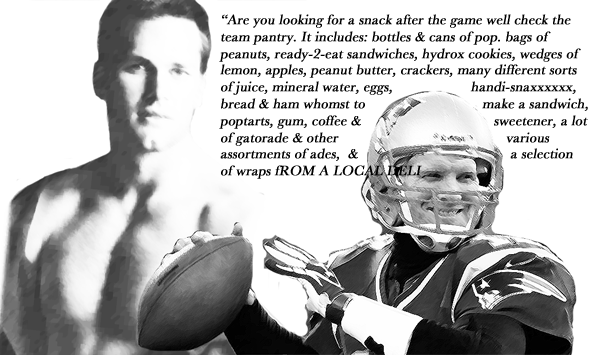 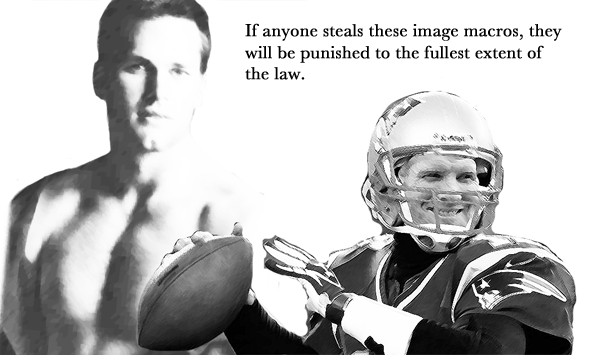 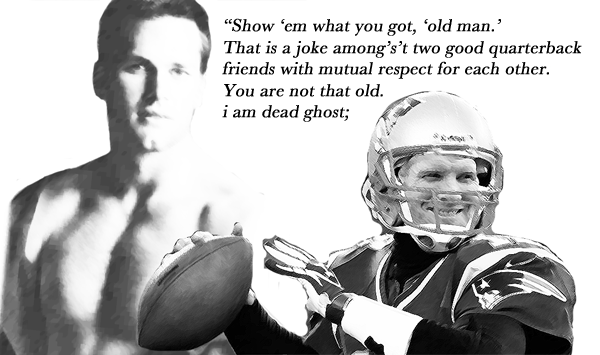 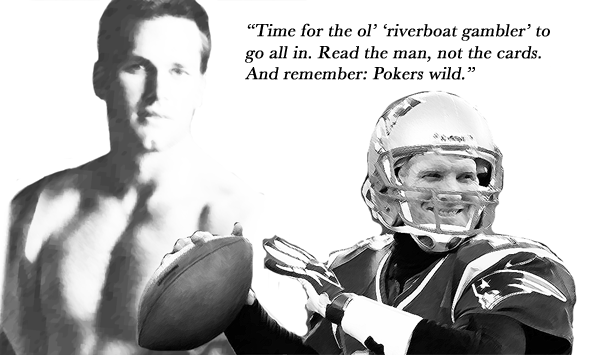 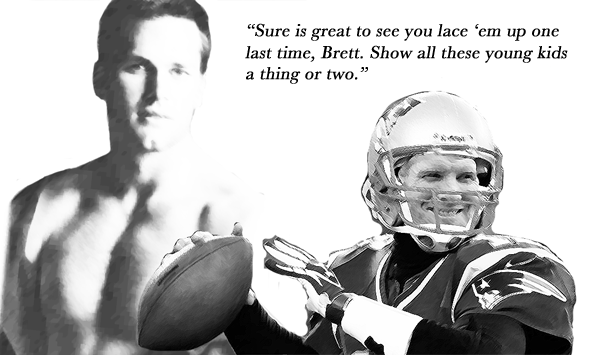 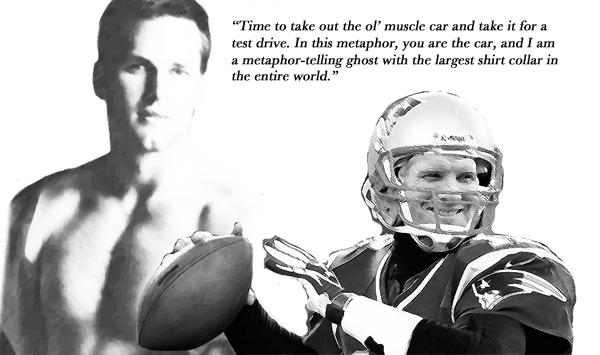 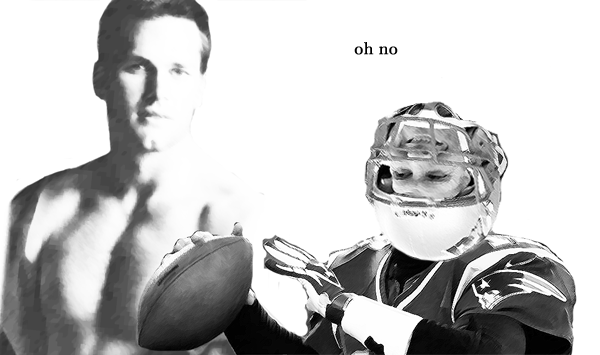 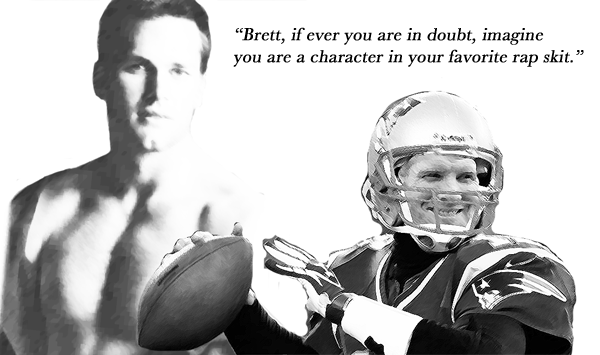 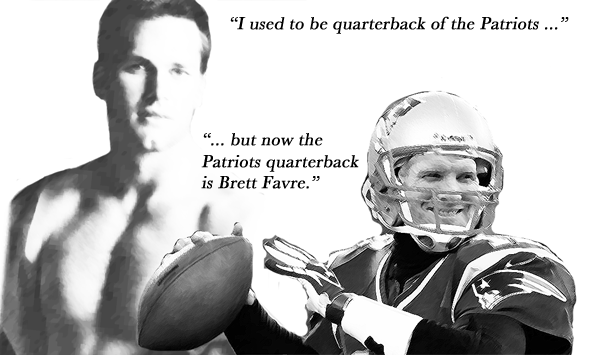