The most disappointing teams of 2013

There are four candidates. You know which four.

Share All sharing options for: The most disappointing teams of 2013

Say, have you noticed that some teams haven't had the season they were expecting? It's true, it's true. Take the San Francisco Giants. The defending World Champs have a pitching staff with a collective WAR of 1. They're spending $90 million on that pitching staff. The 20 pitchers they've used are a collective win over replacement. That's … carry the one … almost $90 million per additional win earned. So, no, the Giants aren't having the season they were expecting.

Why they qualify
Because they were the "It" team of the offseason, man. They saw that their window was open, and they went for it.

Well, heck, at least they tried.

Nothing worked out. The Blue Jays weren't just their normal mediocre selves. They were worse, much worse.

Why we should have known they were bad
So those players from that disappointing team the previous year? They were involved in the disappointing year. They were 12 percent of the disappointing 2012 Marlins, to be exact. Mark Buehrle, Jose Reyes, and Josh Johnson weren't magic for the Marlins. Why did we think they would be for the Blue Jays? The winter is so weird.

Why they qualify
They won the World Series last year, dang it. They had enough hitting and pitching to outlast every single team in the major leagues of baseball. And the same team came back, almost to a man. When has that never worked out, except for almost every time?

Why we should have known they were bad
Pitchers are jerks. Really, it's a minor miracle that the Giants' pitching didn't get a do-over year between 2009 and 2012. Lincecum started his decline last year, and while he hasn't been as bad this year, he still hasn't been close to what he was in previous years. Matt Cain allowed homers, which he normally doesn't do, and he didn't strand nearly as many runners as the typical pitcher. Barry Zito went from "meh" to "bleck" and Ryan Vogelsong was retro-Vogelsong before the kids could discover retro-Vogelsong.

Madison Bumgarner was this guy: 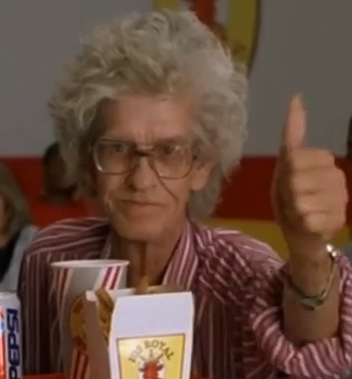 It's not like you have to expect every good pitching staff to turn bad in the offseason. But there shouldn't be a ton of surprise when the bananas turn brown, so to speak.

Why they qualify
Because they spent a jillion dollars on hitters, they have the best baseball player in the universe, and they expected to lead the world in runs.

Why we should have known they were bad
The pitching was suspect from the beginning. Let's break it down with the magic of hindsight.

The offense? Cruising. A team OPS+ of 109, third-best in the AL. The pitching? A dirty diaper in the O.R. When you look at it with the magic of hindsight … yeah, it all makes sense.

Why they qualify
Look at this hubris!

It's rare that you can look at a roster and not find an upgrade waiting to happen. The lineup, the rotation, the bullpen … it all checks out. And if Harper does half of what Trout did in his age-20 year, the Nationals won't just be as good as we think. They could be better.

Pause. Scan the audience. Taste the words on your lips. Exhale. They could be better. Take a bow. Take a bow.

Why we should have known they were bad
You know … I've sat here for a half-hour, and nuts to this. It's baseball who is wrong. The Nats had a strong team, dang it. No one could have expected Danny Espinosa to hit like Livan Herandez with vertigo. No one could have predicted a decline from Adam La … okay, that one might have been telegraphed. But really, look at this bench production:

That's not a bench. That's the French Underground, tearing the place up from right under your nose. You can't expect that sort of thing. You can't expect an entire bench to go kerflooey at once, completely and utterly. You want at least one fluke, 200-at-bat season. Or, at the very least, you don't want a bunch of pitchers masquerading as pinch-hitters.

The Nationals take it. My ranking of the most disappointing teams of 2013:

And, really, it's kind of a four-way tie. But the Nationals are the winners. The losers. Baseball was so much better in March for these four teams. So much better.

• Brandon Phillips is a jerkface, which shouldn't surprise us