The advantages and disadvantages of the no-huddle, hurry-up offense in the NFL

Last year was all about the read option. In 2013, the NFL world is buzzing about the hurry-up and no-huddle offenses. How will the latest round of offensive innovation impact the game?

Share All sharing options for: The advantages and disadvantages of the no-huddle, hurry-up offense in the NFL

The no-huddle and the hurry-up have seen a resurgence in the NFL recently. Last year, the read-option was everyone's favorite NFL "innovation." This year, "tempo" and the "hurry-up" are the buzzwords. Chip Kelly's Eagles employed the hurry up in Week 1, as did the Bills and Patriots, and of course, the Broncos used it extensively as Peyton Manning tied an NFL record for seven touchdown passes in a single game.

First things first, the no-huddle is not the hurry-up. Eschewing a huddle is an integral component of running the hurry-up offense, but in any no-huddle offense, the tempo is dictated by the quarterback and the offensive coordinator.

When done right, it is devastatingly difficult to defend. Think of a no-huddle, hurry-up offense as a 1-2 punch combo. A flurry of hits that pushes the opposition into the own corner, prevents them from catching its breath, regaining its balance, and mounting any counterattack. Finish it with a haymaker to knock the opponent out.

Chan Gailey pointed to a reduced workload for offensive linemen, saving them trips to and from the huddle, and maximizing limited practice time as two benefits of the no-huddle. Not huddling allows coaches to increase reps by one-third in practice, as Gailey and more recently Chip Kelly have noted. Practice-reps, in theory, translate to improved execution in games. This was one of the cruxes of Chip Kelly's program at Oregon and will be the same in Philly with the Eagles. 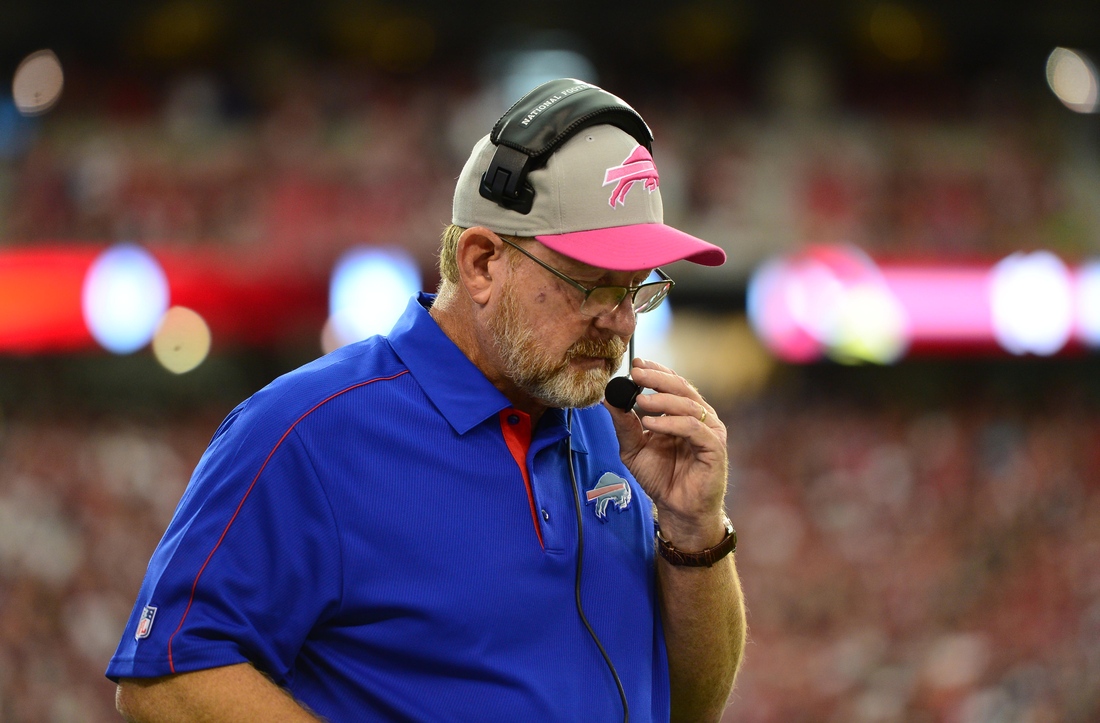 Another advantage of the no-huddle is that an offense can change the tempo to fit its strategy. Chris Brown explains in his article "The New Old School."

There's no question that the no-huddle makes Oregon's attack more dangerous, but it's a common misconception that they have only one supersonic speed. The Ducks use plenty of their superfast tempo, but they actually have three settings: red light (slow, quarterback looks to sideline for guidance while the coach can signal in a new play), yellow light (medium speed, quarterback calls the play and can make his own audibles at the line, including various check-with-me plays), and green light (superfast).

This change of pace is actually how Oregon constantly keeps defenses off balance. If they only went one pace the entire game the offense would actually be easier to defend. When the defense lines up quickly and is set, Kelly takes his time and picks the perfect play. When the defense is desperate to substitute or identify Oregon's formation, the Ducks sprint to the line and rip off two, three, or four plays in a row - and it rarely takes more than that for them to score.

Tom Brady explained what he looks at when he's running a no-huddle offense:

"I kind of look at everything. You look at how deep the safeties are, where the corners are playing, the leverage of the corners. Obviously how they're defending the slot receiver, where the linebackers are, how they balance up the front of the formation. Do we have any advantageous looks to run the ball?"

It also helps to have a smart, savvy quarterback like Brady or Peyton Manning that can use that advantage to dissect and destroy opposing defenses. 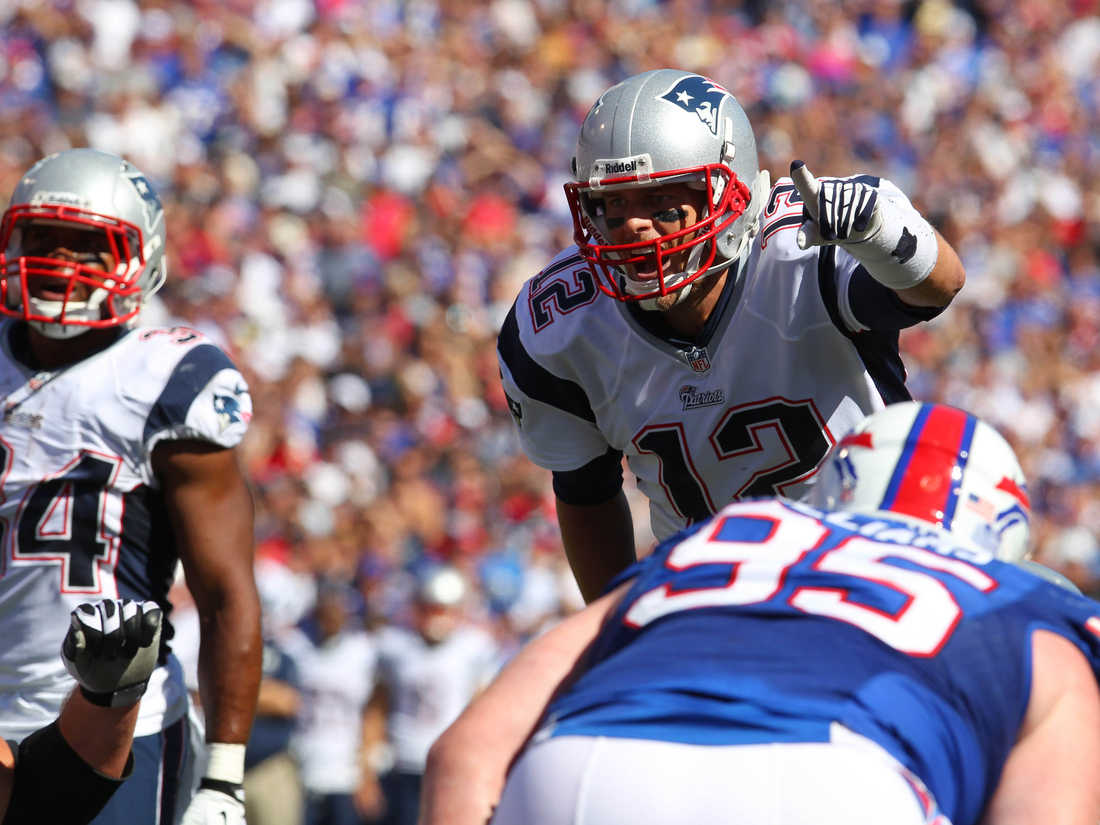 The tempo of the no-huddle offense also impacts how an opposing defense, dealing with the same limitations on practice time, prepares for it.

The defense needs to prepare differently for a no-huddle offense. They must shift into second gear. If we can cause them to spend 10 minutes of practice time a day on developing a different form of communication, that translates into 40 minutes of preparation time spent on something other than defending the actual plays (10 minutes per practice day times 4 days of practice). Also, defense elicits a great deal of emotion - slapping each other, pumping up each other, etc. This is almost eliminated since there is no time to regroup.

Dom Capers famously regretted not spending enough time on defending the read option prior to last season's Divisional round playoff game against the 49ers. Colin Kaepernick and his offense ran roughshod all over Green Bay.

The no-huddle and hurry-up are both old ideas. However, heavy usage is a more recent innovation, one that legendary coach Bill Walsh predicted would come into play in his seminal book, Finding the Winning Edge.

- Teams will huddle only when the clock is stopped.

- Teams will use single-world offensive audibles.

- The quarterback will receive direction from the coach at the line of scrimmage. Because the ball can be put into play at any moment, the defense must commit itself with its front and coverage.

- The quarterback will look to the sideline the instant the whistle blows on the previous play to see which personnel combination is entering the game. The designated coach indicates the formation to the quarterback and whether he should audible his own play or will receive a play call from the coach. All of these steps will occur without a huddle.

- The quarterback will have even more latitude in audibling at the line of scrimmage. His decisions will override those by the coach signaling in a play call.

Not sure if this is just Chip Kelly and Bill Belichick taking Walsh's ideas and running with them or maybe Walsh really was that good, but it's striking to see that each and every one of these concepts are taking hold in the NFL.
Observe, from Week 1:

One of my favorite aspects of the no-huddle/hurry-up is that the teams that are best at it are also the teams that are the most versatile, personnel-wise. Running the hurry-up is about more than simply dictating tempo, it's about dictating matchups. By not allowing an opposing defense to substitute specialized players based on what personnel you put onto the field, you can vary between run and pass depending on what vulnerabilities the defense presents.

When you come out in a 'run-heavy' look with two tight ends, the common response for a defense is to counter with their 'base' personnel. Fewer wide receivers on the field means fewer people to run with in coverage and more tight ends or running backs on the field means more people to account for in run blocking, in theory. When a defense shows a base personnel grouping to better defend the run, for instance, this means a linebacker is going to be matched up with one of your tight ends. If that 6'7, 'run blocking' tight end can run a nine-route up the field at 4.5 speed and burn your linebacker with ease, this creates a problem for your defense.

The Patriots have become famous for this with Rob Gronkowski and, of course, Aaron Hernandez.

Tom Brady described the approach to the Boston Globe in 2012:

"I think one of the biggest differences [between old-school no-huddle and what the Patriots are running today] is just the versatility of the players. How teams try to defend no-huddle is that you have big safeties that are like linebackers. And linebackers are like small safeties that can cover. Then you have big tight ends that can run routes but also run block. And then you have fullbacks that can make a bunch of plays down the field, so it's not like back then, it was like these two guys only do this. This guy, your fullback, only isolates on the middle linebackers and runs diagonals to the flat.

So a lot of what you ask the different players to do within the scheme is to be versatile so that you can go in and out of certain concepts rather than feel really reliant that this is the only thing that you do as a player."

The no-huddle in action

In the second quarter of Denver's Thursday matchup with the Ravens, Julius Thomas, a capable in-line blocker with excellent downfield speed, caught a 24-yard touchdown pass from Peyton Manning after the Ravens' linebackers and secondary left him alone for a split-second.  That poor safety on the play side had the unenviable decision between sticking with the outside receiver or the seam-running tight end.

Thomas will likely play a key role in Denver's no-huddle scheme predicated on '11' personnel -- three receivers, one tight end and one running back. Each player in the scheme has a role to play in each particular play, and each must be versatile enough to play the different roles in each play.

With the combination of Eric Decker, Demaryius Thomas, Wes Welker, Julius Thomas, and one of the backs, to go along with Manning's mastery of, well, everything, the Broncos' offense is formidable. Formidable enough to blow out the defending world champs.

It comes down to match-ups and variation within the no-huddle construct.

The Broncos come out in the no-huddle in 11 personnel on Knowshon Moreno's seven-yard run in the fourth quarter. They're facing nickel defense (five defensive backs, meant to defend against three-receiver sets), they decide to run up the middle.

Julius Thomas stays in-line on this play and seals off the defensive end with a key block.

The Broncos, with three wideouts and a pass-catching tight end, have dictated that the defense must respond with a six-man front. Two deep safeties, two corners, and a nickelback are busy worrying about what Welker, Decker, and the Thomases catching the ball downfield. That gives Denver a great opportunity to run.

It's six blockers up front against six defenders in the box. Those are the kinds of numbers you look for.

The very next play, still in no-huddle and facing the nickel, Manning throws a deep bomb to Demaryius Thomas. Manning knew he'd either be getting a one-on-one matchup on the outside or the Julius Thomas up the seam again. His read becomes the safety to the playside.

With Julius Thomas getting all the attention from the strong safety, Demaryius Thomas gets his one-on-one and does what he does. Peyton, wily as ever, drops it into a bucket 35 yards downfield.

In a no-huddle, obviously, communication becomes a factor. The players aren't getting into a circle and telling each other what play to run.

Kurt Warner talked about that issue in quotes provided to the NFL last season:

The Patriots have developed a one-word system for calling plays. The Eagles use signals from coaches to indicate responsibilities of different players. Simplified nomenclature is the norm for teams that run no-huddle schemes.

One of the reasons all teams do not heavily feature the no-huddle/hurry-up though is that it's extremely difficult to run efficiently.  The chaotic nature and fast pace leave can players not knowing what play to run. Sometimes, the quarterback can't tell what defense they're facing because the defense hasn't had time to get set before the ball is snapped.

Mostly, it comes down to the quarterback, running the show.

If a quarterback can't read coverages or fronts, he's not going to make the right checks and audibles. That leaves the system vulnerable to break down. If that happens, a team is giving the ball back the opposing offense in 15 or 20 seconds, forcing the defense onto the field for longer periods of time.

Guess what? No conclusions here. It's Week 1. All we can do is monitor the no-huddle trend and enjoy. I enjoyed watching Peyton pass for seven touchdowns. I enjoyed watching Michael Vick and the Eagles turn up the tempo on the Redskins while jumping out to a huge early lead on Monday Night Football. I like innovation, and this no-huddle/hurry-up business is exciting.

• Peyton Manning will be MVP