What would Jayson Werth make as a free agent?

Share All sharing options for: What would Jayson Werth make as a free agent?

I'm not sure if there's been a better career progression over the last two decades than Jayson Werth's. 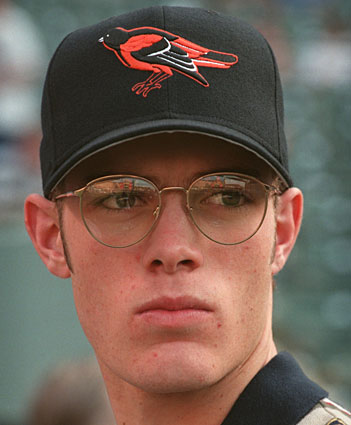 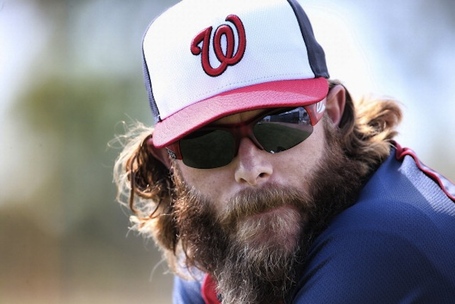 That's like something that would have happened to a peripheral character on Mad Men over a six-season run. It's beautiful. And distinctly not beautiful.

But it's also impressive that Werth went from a minor-league free agent to $126 million in four seasons. Anyone could have had Werth before his age-28 season if they wanted to offer him a guaranteed contract and a fourth-outfielder slot. He blossomed into a middle-of-the-order slugger at exactly the right time, becoming a high-profile free agent in an offseason largely devoid of high-profile free agents. A year before or a year after, and he'd be only fantastically wealthy instead of monumentally wealthy.

The contract was a joke at the time, of course. The Nationals were the worst team in baseball, and they supposedly had to pay an onerous we-suck tax for free agents. It's not that Werth wasn't an excellent all-around player at the time; he absolutely was. But he was 31. The deal was for seven years. You could make a team out of Hall of Famers who didn't do much past 35. Hey, here's one now:

Jayson Werth doesn't belong on that team. Yet the Nationals have him until he's 38. He'll make $83 million over the next four seasons.

There's a twist, though. Werth is having one of his very best seasons. If you're into the WAR stuff, he's probably going to creep past his best season with the Phillies before the end of the season. He's been one of the most productive outfielders in baseball, just behind Adam Jones and Jay Bruce, just ahead of Hunter Pence and Jose Bautista. He's 34. He's hirsute. And he's one of the better outfielders in the majors.

The question, then: What would you pay Jayson Werth if he were a free agent after this season?

We've played this game before, with Josh Hamilton this year and Albert Pujols last year. Those were different situations, of course, because they were in the middle of miserable stretches that they snapped out ... whoa, no, they didn't. But Werth's a different creature because he's in the middle of surprising production, not surprising futility.

That'll buy you a Shin-Soo Choo or Hunter Pence this offseason, give or take. And those guys aren't in their mid-30s. So the answer isn't that Werth would get an $80 million deal.

But he would get something close to it. It's funny to think about now, but if the Werth deal was all about long-term risk taking a back seat to short-term value, well, it still would be. Just on a smaller scale.

Even funnier: He's still an excellent fit for the Nationals. The Nats' future payroll obligations are going to take a while to make a big difference. Harper, Desmond, Zimmermann, Rendon, Strasburg ... they'll all get paid, but not in the next couple of years. Which means a win-now veteran on a three- or four-year deal would actually make a ton of sense. The overlap would be minimal.

The big outfielders on the market this year are Choo, Pence, Jacoby Ellsbury, and Nelson Cruz. Werth compares favorably to all of those players in terms of production, but not age. Ah, and the injuries, too. If not for injuries, the last two seasons might have been exceptional for Werth. He's hitting his peak at the right time, except for that minor issue of his body betraying him.

I'm thinking Werth would get four years, $65 million. That's a ballpark figured pulled from my nether regions, so you might quibble. But it's probably not too far off. That means the Nationals will overpay Werth by $20 million or so over a seven-year deal. I figured he was going to be overpaid by about $100 million. And if he starts playing at a replacement level next year, he still will be. Could still happen.

But we're getting to the halfway point of the Werth contract, and it's only ill-advised instead of completely ludicrous. And considering where the Nats are in the success cycle, it might even be recommended. The Nationals should be good next year, this year's missteps be damned. And a team that good should have a good right fielder. They have one, alright. It just wasn't the one we were expecting a couple years ago. Because that guy's contract was a joke. This guy's contract is only a substantial overpayment. Seems like a semantical difference.

Three years into one of the worst deals in recent free-agent history, Jayson Werth is still valuable. Didn't see that coming.

For more on Werth's worth, please visit Federal Baseball

• Being wrong about Clint Hurdle

• Who says no to Rizzo for Cashner now?

• Second-guessing a baseball manager (who might be Ned Yost)