The importance of emotion in early contract extensions

At this time of year, rookie-scale extensions should start happening. But they're not. Why? Because there are many more factors to consider than finding the right value.

Share All sharing options for: The importance of emotion in early contract extensions

Of the 30 players picked in the first round of the 2010 NBA Draft, 16 are currently eligible to sign an extension to their rookie-scale contracts. Two others already have -- John Wall and Larry Sanders. The other 12 (Wesley Johnson, Al-Farouq Aminu, Cole Aldrich, Xavier Henry, Luke Babbitt, James Anderson, Craig Brackins, Elliot Williams, Damion James, Dominique Jones, Daniel Orton and Lazar Hayward) never made it to the end of their rookie-scale contract.

Realistically, few of those 16 will sign an extension. Perhaps as few as none of them will, either because they've disappointed without being so bad as to not reach the end of the contract (e.g. Evan Turner) or because the team feels they stand to gain more by letting them hit the restricted free agent market and finding their price that way. Often times, the amount a team gains in flexibility by not locking up their young players is greater than the security they would get from doing it. Or at least, this is the belief.

However, that can be a volatile game to play. Business is business, and sport is big business, but sport is also still a popularity competition. You can't just pay everyone the appropriate value and let them walk if they don't take it. Contract negotiation is more nuanced and interpersonal than that. 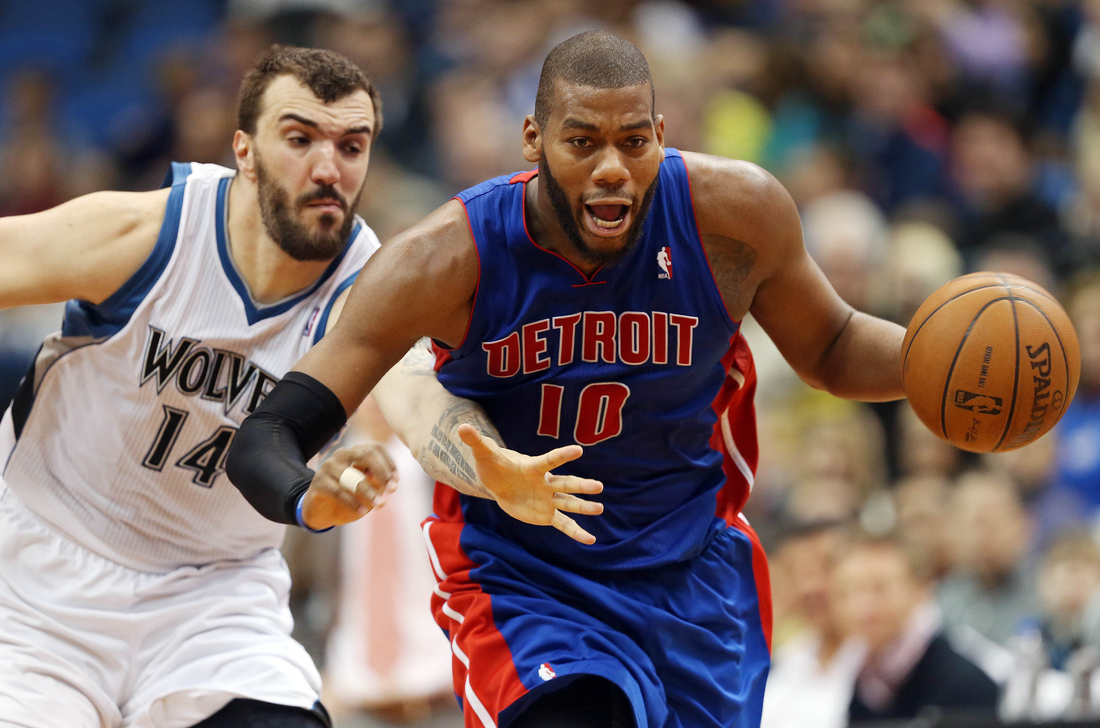 Compare, for example, the cases of Wall and Greg Monroe. Wall received a five-year maximum value extension, including eligibility for the fifth year percent max criteria, almost as soon as he could. Washington identified its key target early, and, rightly or wrongly, showed him as much 'loyalty' (if such a thing can be synonymous with money) as they could. Meanwhile, Monroe remains unsigned, looking to his side toward Josh Smith, whom his team recently signed for $13.5 million a year, and looking behind him at Andre Drummond, the apparent star of the future.

If Monroe sees "the future" behind him and sees "the present" alongside him get a huge amount of money presumably greater than any offer he received, where does he find his place in the hierarchy? If offered the four-year, $44 million extension right now that Sanders signed, would Monroe take the security of what is indisputably a huge amount of guaranteed money, or would he have the gumption to turn it down in anticipation of more? And more pertinently, could he possibly do so given what could be perceived as questionable commitment from his team?

There is, or should be, nothing to suggest from their pursuit of other quality players that Detroit is anything less than 100 percent committed to Monroe. However, in light of who those players are, where they play, what they earn, the continued lack of an extension for himself and the automatic nature of the extension for Wall, it is a drawable conclusion from Monroe's perspective. A player's commitment to a team is directly related to the commitment they feel back.

Who else gets extended? 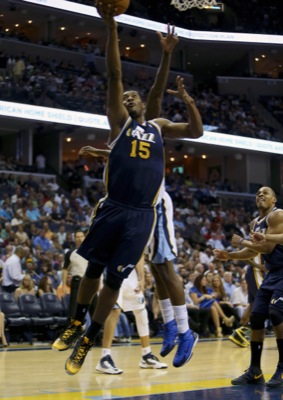 Ricky O'Donnell offers predictions for the other members of the Class of 2010.

Detroit ought know the value of early and profound love, as its hard and prompt pursuit of Smith in this summer's free agency market is what won them his services. While with the Hawks, Smith did not receive an extension to his rookie deal and was instead told to test the open market to get his new contract. He then sat on said market untouched for the whole of the first month, as the Hawks let it be known they would match any offer he signed. And when Smith eventually signed an offer sheet with the Grizzlies, Atlanta did just that. This perceived stiff-arming was, to Smith, rather cold and disloyal. And so, when Detroit let it be known he was their main priority, that simple show of desire tipped the balance.

For Detroit to potentially put Monroe in the same situation as Atlanta put Smith, knowing how it resonated with him, is a risk. The free agency market is a business, and Atlanta did nonetheless get nine years of good quality production from Smith at market value by doing it in this "disloyal" way. Human emotion, however, is a fickle thing.

Seemingly, the Pistons feel that Monroe isn't worthy of the maximum salary. That must be the reason he remains unextended -- a maximum-salary extension would surely have been done long ago. But the risk here is inherent. To Monroe, and indeed anyone else watching the situation, the question becomes why don't they think that.

This conclusion would be fine in a vacuum whereby everybody was paid relative only to their abilities. Objectively, on skills and production alone, Monroe is not worthy of the max, but nearer to 75-80 percent of it. This is a fair estimation of his quality-but-not-elite production, and his quality-but-not-elite skill set. Monroe compares more to players like Nikola Pekovic and Joakim Noah, who both signed for $12 million per year, and this, ideally, would be his range.

Sometimes, you can maximize your asset simply by making it feel good.

However, the market isn't nearly this objective. In a system where Roy Hibbert and Brook Lopez are maximum-salary players despite only starring on one end, Monroe could well be worth it, too. Some overpayments are acceptable dependent upon circumstance, and paying Monroe $15 million per year as opposed to the more-ideal $12 million per may be one of those. It's not because he's worth it, it's because that's the price of doing business. Sometimes, you can maximize your asset simply by making it feel good.

A significant variable in play here is the team itself. Detroit, not a strong free agent destination, has to pay more than those that are. This phenomenon, as shared by other franchises including, but not limited to, Charlotte, is a reality that cannot be ignored or altered much (and which also takes a dump on the sanctimonious idea of "parity" to which we must all apparently continue to aspire). Team-related variables are not just limited to the geographic. Factors such as on-court success and future payroll management come into play. Some teams have to pay more, even if it's simply because someone else overpaid before them. (Flawed as they are, Hibbert and Lopez do at least dominate in clear aspects of the game.) It's a tough reality to reconcile. Playing hardball can work, but Noah is the exception rather than the rule. And what a team wants most might not be what it already has. 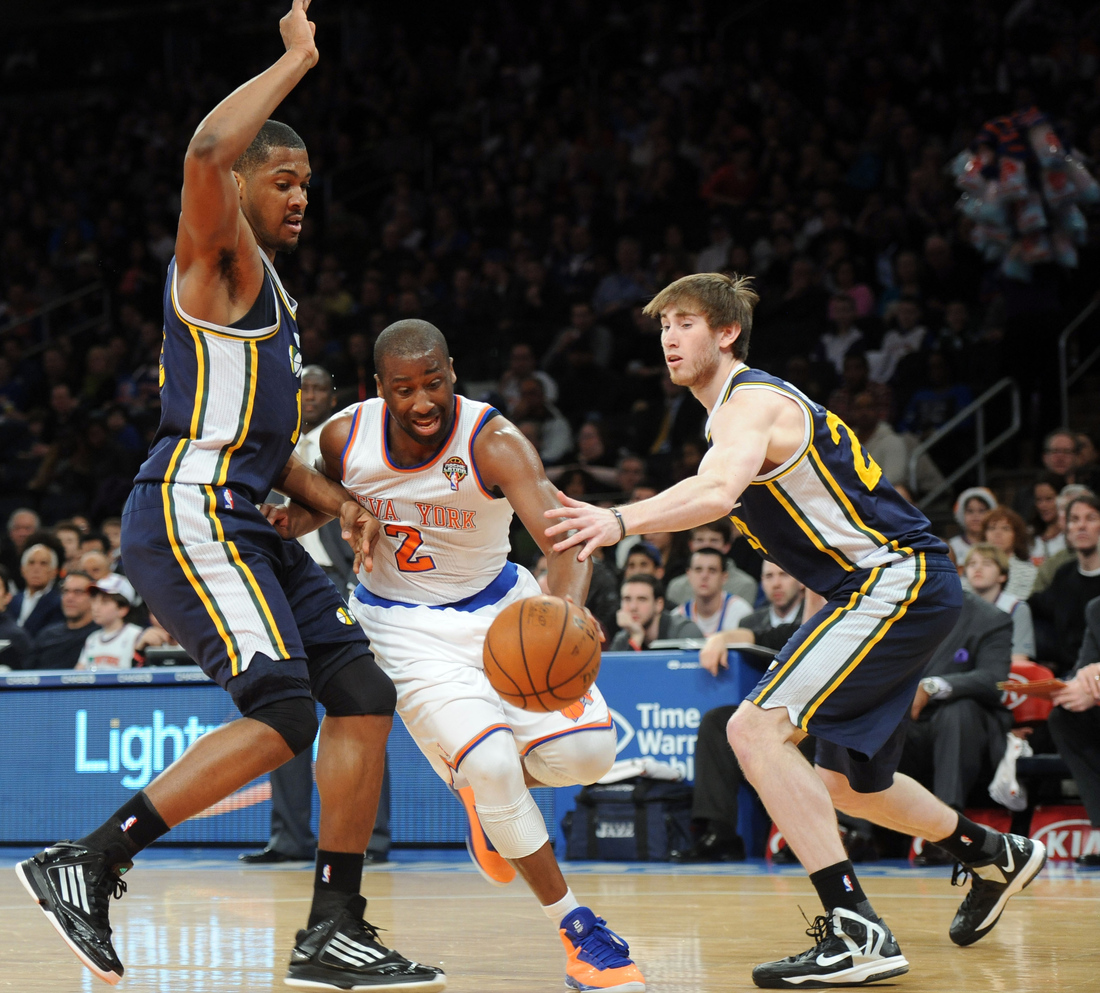 Consider further the case of the Utah Jazz. They boast two of the hottest members of the unextended 2010 club, Derrick Favors and Gordon Hayward. They also have the second-smallest committed payroll in the league, behind only the impressively spendthrift Philadelphia 76ers. For all seasons after this one, they have only $23.5 million committed to their entire roster, of which all but the $1,794,872 of Jeremy Evans' final season is via rookie-scale contracts. They have deliberately kept their salary at a minimum to maintain every single ounce of flexibility going forward. That's the priority. It's not subtle. It's not supposed to be subtle.

Maybe Hayward and Favors simply want too much money to make an extension worthwhile. This is always a possibility in such cases of inaction. But what if it is the Jazz who are reticent to extend? What does this mean for the incumbents players? What message does it send if Hayward and Favors are relegated behind the prioritization of cap flexibility? If Utah cannot or will not sign them to extensions, what does it say about their "loyalty" and "commitment" to them?

To Josh Smith, the lack of extension and instruction to find his own price clearly said quite a lot. At what point do the business needs acquiesce to the personal ones?

Will Favors or Hayward get extensions? 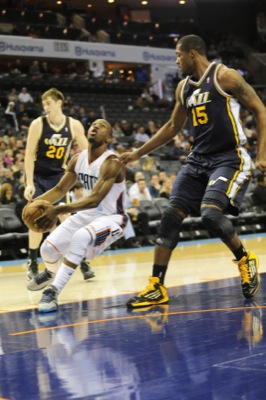 On a practical level, Favors' cap hold as a free agent next summer will be $12,016,392, far more than he will command in his contract, while Hayward's cap hold will be $8,630,458, a figure that will likely be fairly close to his. Are you more prepared to offer an extension to Favors on this basis, and not Hayward, even though the lesser player should be the less likely to be locked up? Can you extend Favors without extending Hayward? In reverse, can you extend Hayward without extending Favors? If one prices himself out of your range, but one doesn't, do you sign one and leave the other unsigned, running the risk of alienating him? Or do you run the risk of the opposite, leaving both unsigned, and alienating the player who was prepared to match your price to stay?

These things, ideally, would not be factors. But they can be, and always will be, for as long as recent contracts continue to dictate the price of future ones.

***
Extensions are complicated at the best of times because of all the variables in play, and rookie-scale ones are particularly so. At a time when your player is (you would hope) not even remotely finished developing, you are asked to make a decision about their future, deciding upon what to give them for more future years than you have past years on which to base this assumption. It is an important, but highly speculative vehicle that ostensibly protects both teams and players, yet often goes unused as both teams seek to protect their interests that way.

That's why they often don't get done. When they do, it is almost always because either the necessary market price is really obvious (i.e. the max), or because the player sacrificed some potential future earnings for the security of the deal. Given that these things rarely happen, rookie scale extensions rarely happen.

All we can know for sure is that there's a good chance Favors, Hayward, Monroe et al do not get their extensions done this year. If they end up signing bigger deals for it next summer, don't be surprised. And if they have to sign external offer sheets to do it, don't be surprised by that either.