Scott Boras and playing the World Series at a neutral site

Share All sharing options for: Scott Boras and playing the World Series at a neutral site

Scott Boras is a smart man. If you played chess against him, you would end up at a bus station six hours later with Trivial Pursuit pie pieces up your nose, wondering how you got there. He's reviled by a large swath of baseball fans for one reason: He's excellent at his job.

Mercifully, that job does not include proposing or making changes to the game of baseball. Because Boras has ideas. Here's Nick Cafardo to tell you about them:

Well, for five years super agent Scott Boras has called for something that makes a lot of sense — having the first and/or second game of the World Series take place in a neutral setting. Set it up much like the MLB All-Star Game or the Super Bowl, thus creating a year’s worth of interest in an event that has become, in Boras’s opinion, "regionalized."

The All-Star Game, you say? Be careful what you wish for. 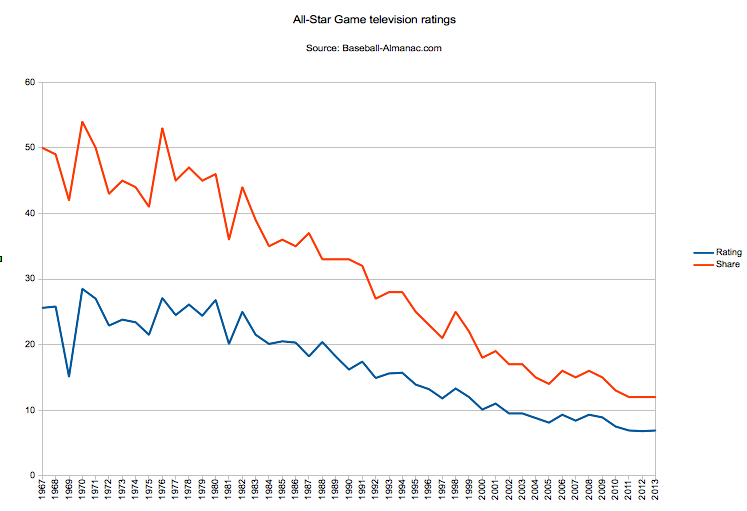 Boy, I can see how those numbers make it tempting, but moving the first two games of the World Series to a neutral site isn't going to improve television ratings. A halftime show, a red-carpet gala, an awards ceremony … none of that is going to turn the World Series into the Super Bowl.

The World Series is a critically beloved, award-winning movie that does quite well at the box office. Let's say it's No Country for Old Men. It's not everyone's cup of tea, but it's a successful enterprise by any measure. Asking how the World Series can become the Super Bowl is like a movie exec coming back to the Coen brothers with revised scripts for No Country for Old Men:

Movie exec: Okay, idea #1. The entire movie is on a luxury ocean liner that's supposed to be unsinkable. But *it sinks*. And Anton has to choose between saving himself or carrying out the hit.

Movie exec: Alright, idea #2. Tommy Lee Jones is a sheriff called to a park that's filled with cloned dinosaurs. Anton is the name of a velociraptor, and Javier Bardem provides the voice. Here, I did a little mockup of what it might look like. I mean, I'm no artist, but you get the idea. 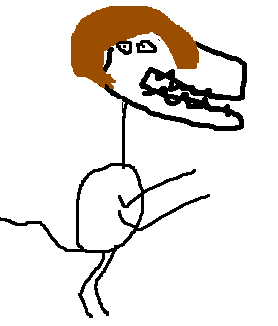 Movie exec: Oh, don't start the tortured-artist stuff now. Do you need me to show you the numbers? You know what "Titanic" pulled in? Or "Jurassic Park?" Your movie's nice, but it's probably not going to make nearly as much money as those two did. Let's fix this.

The Super Bowl and World Series are both major North American sports championships. That's where the similarity ends. If you want a longer explanation, I wrote about this last year, too. But the short of it is that Boras is absolutely right. The World Series is definitely regionalized.

A three-part way to fix that problem:

It would take some wheeling and dealing to get something like that done, convincing networks and service providers to go out of business voluntarily. But you don't know unless you try.

If that doesn't work, then there isn't much to do. Baseball will stay regionalized. And you know what? That's one of the best parts of the World Series. The cities involved in the World Series hum for a week. It's all anyone talks about. There's pomp, there's circumstance, there are flyovers, there are local celebrities coming out from hiding, there are crowds that start milling about the ballparks 12 hours before the game starts … it's special.

If you're moving the first two games to a neutral site, you're creating a chance for a pennant-winning team to get just one of these events. And it might be when the home team is down 3-0 in the Series, at that. That's taking almost everything good with the World Series right now and junking it to chase after a TV fantasy.

That's all I got. And I've really been searching for something to help me play devil's advocate. But I can't think of any more upside. Here's a little more of Boras's idea:

If you had two games to start the World Series in a warm-weather climate and/or dome, you’d create quite a buzz. The prelude to the game or games, Boras suggests, would be a gala, followed by a big ceremony where the Cy Young, MVP, and other awards would be part of a TV special in the host city. He calls it baseball’s Oscars.

This is the Vernon Wells-for-Mike Napoli of ideas. Again, think of the best-case scenario of the Baseball Oscars. Assume that everything is handled perfectly, and that baseball absolutely nails it. How much national interest would there be to see Clayton Kershaw walk on stage and get a plaque before a World Series game that is different only because it's played at a neutral site? I'm ... pessimistic. And that's if they do it perfectly.

Now think of the non-best-case scenarios. Six award presentations, with Mitch Williams talking between them, for example. There are a million ways baseball could screw up a "gala." And the potential for reward is so, so small.

Scott Boras is a smart man. But this is a dumb idea. Baseball is a regional sport. The World Series is not the Super Bowl. And adding a bunch of conspiracy theories to Infinite Jest wasn't ever going to turn it into The Da Vinci Code. Only people who work for Fox aren't happy about how the World Series compares to the Super Bowl. That's a real shame. But I think most of us are fine with the status quo.