Lessons from Mo: A former Yankees pitcher on what he learned from Rivera

Beginning in 1995, C.J. Nitkowski spent 10 seasons pitching in the majors. He joined the Yankees in the summer of 2004 and got to observe Mariano Rivera close up.

Share All sharing options for: Lessons from Mo: A former Yankees pitcher on what he learned from Rivera 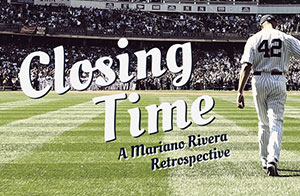 I had one of the greatest seats in the house in this game, witnessing some historical baseball events over the past two decades from the comforts of a major-league dugout or a bullpen seat. Eddie Murray's 500th home run, Randy Johnson's perfect game and Roger Clemens' 20-strikeout game in 1996 were a few. I saw Kerry Wood strike out 20 guys, too. Only three pitchers have done that in major-league history, and I saw two of them.

And while those experiences (and many more) were amazing, I was always a member of the other team when I witnessed them. A fan, just like you, with a pretty good view.

The fondest memories I have of this game, though, the ones that truly resonate with me from my 19 years as a player, are always of the men who I shared a uniform with, ones I got to know in an intimate clubhouse setting, even if for only a brief time. There have been over 1,000 of them, teammates like Barry Larkin and Deion Sanders, Jeff Bagwell and Kirk Gibson, John Smoltz and Zack Wheeler ... I could go on and on.

Each left an impression on me. Some good, some bad. But the most impressive happens to be the greatest closer of all time.

In August of 2004, I got the call I had been dreaming about since I was seven years old. I was going to be a New York Yankee. And I would share the bullpen with Mariano Rivera, truly one of the greatest teammates of all time. 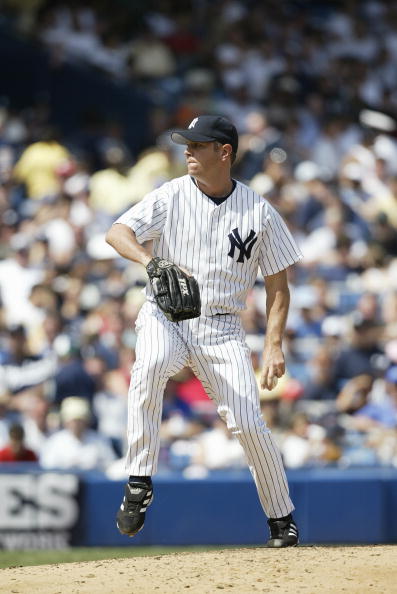 Success does a funny thing to people. Especially athletes. It tends to lead them astray from who they really are, and turn them into a person few could tolerate. I've seen it so many times. You can't completely blame them. Money and fame do make it difficult to stay humble, which is why I'm more impressed with those who do than disappointed by those who don't.

The stories you've heard about Mariano Rivera are true. He is a tremendous human being and teammate.

I first realized this through an invitation to his suburban New York home. It was an off-day, and Mo was hosting a Bible study. He asked if I would be interested in attending. Naturally, I accepted.

I've been around many major leaguers who have reached the nine-figure plateau in career earnings. It's an amazing reward that usually brings a fascinating and lavish lifestyle. I anticipated the same from Mo. Arriving at his home, I quickly learned that wasn't his style. His home, while beautiful on the outside, was nothing you haven't seen before. Inside was even more surprising. Upon entering, I met his family. His mother, who lived with him throughout the year, greeted me as if I were one of her own.

I spent the day there with his pastor and an inner circle of friends and teammates. I spent the day feeling like one of the family. We ate, we prayed and I saw a side of Mariano Rivera that few get to see. He was every bit just one of the guys. That memory has always stuck with me. His simplicity, his humility and his sincere appreciation that you accepted an invitation to his home. As if you were doing him a favor. That spoke volumes to me. This was more than nine years ago, but it's a day I will never forget.

As good a person as Mo is out of uniform, he is just as solid while in it.

My time as a Yankee was pretty forgettable. It was a rough stretch. Outside of a few good games when I first got there and a few more at the end, the bulk of my games were typical of my career, both frustrating and inconsistent.

One of those games came in Baltimore. I entered the game with the bases loaded and no outs. I allowed those three to score plus some more of my own. I retired one hitter. I was abysmal.

There is something unsettling about joining a new team midseason. You have little time to prove your worth, that you belong, that you can help the club, and it's something you want so badly. Trying to do it in Yankee pinstripes? Turn up the anxiety tenfold.

It wasn't going my way in New York, and this outing was just another nail in my coffin. I hadn't earned Joe Torre's trust, and I sank near the bottom of the bullpen depth chart. I knew I was done.

After the game, Mariano sought me out for a talk. It was right between the eyes, "Here's what I see, and here's why you should be such a better pitcher than you are" sort of conversation. Here he was, the greatest relief pitcher of all time, talking to me, a pitcher near the end of his rope and quite possibly his career. I had just locked in my role on the Yankee roster and it wasn't a good role. I was 31, a lost cause, a good left-handed arm that couldn't quite put everything together.

The conversation, like Mo, was sincere, genuine, and his intentions were all about me. He had opinions, strong ones, and I understood that he cared about me and my career.

I have played with some of the greats of this generation. A lot of them are good guys, but even the best tend to back away when they see you're on the downside of your career. Not Mo. He knew where I was headed. He didn't care. He saw a teammate who was lost, one he valued as much as any other, who needed help. I can still see his face across from me in the visitors' clubhouse in Baltimore. You don't forget.

These are my greatest memories of Mariano Rivera, and none have anything to do with a cutter. I'm on his list of pitchers he saved a win for. I have one, and that's enough. But for me, it pales in comparison to what I learned from him: dignity, humility and what being a good teammate and solid human being really looks like. I'd take that lesson any day of the week and twice on Sunday over learning how to throw the greatest single pitch this game might ever have seen. Because when it's all over, those who know you will remember you for who you were, not for what you did.

If I learned anything from Mo, I learned that's what matters to him the most.