Share All sharing options for: The 10 greatest baseball comedy bits

I think it was Joe DiMaggio who once said, "Baseball is a funny game." Joe somebody, anyway. Since its inception, the game has been inspiring wags of all stripes to make merriment for our amusement. Gathered here are the 10 funniest examples ever, drawn from movies, television, records, stage and the internet. (Not included, though, are scenes from baseball-themed feature-length films, however. They're a separate entity.)

Are there omissions? Of course there are! The list is only 10 items long, after all. So here they are, ranked merely by my whim ... a whim to which you will, no doubt, take great exception.

10. "Not Cliff Johnson" by T. Sean Shannon
Really, any of the Baseball Card Theater pieces by Shannon could represent here; they're that good.

9. "Baseball Pitcher" by Jonathan Winters
The late Jonathan Winters would be fun to watch unscrewing a toothpaste cap. Fortunately, he did much more than that in his career -- like wrecking a service station -- as well as this, a pitcher pantomime from 1964:

8. Waiting for Guffman outtake with Fred Willard and Catherine O'Hara
Like all of Willard's work in Christopher Guest's mockumentaries, this scene in which he acts out Bill Mazeroski's World Series-winning home run is all improv. O'Hara's reluctant and sullen participation is great, too.

7. "Dueling Hats" by Key & Peele
The Comedy Central duo is far more well known for their football sketches, and this one is really more about baseball hats than it is about baseball. But still, attention must be paid.

6. "Baseball-Football" by George Carlin
Carlin performed this routine in his opening as host of the very first episode of Saturday Night Live in 1975. That was around the time that baseball was eclipsing football in the national psyche, and I've always wondered if Carlin's take didn't speed up that process.

Short and not so sweet.

4. "Who's on First?" by Abbott & Costello
Whether it's the funniest or not, it's certainly the most famous. And rightly so! Here's a seldom-heard radio version, our personal favorite. And of course there have been any number of homages and imitations since. The Credibility Gap got there first, with David Lander and Harry Shearer doing a rock-and-roll-themed version (the last line is dynamite). Some years ago, The Kids in the Hall gave the bit a really nifty twist. And just last year, Jimmy Fallon, Billy Crystal, and Jerry Seinfeld killed with their sequel. 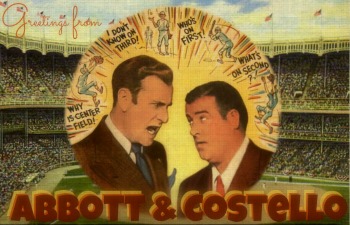 3. "Nobody Will Ever Play Baseball" by Bob Newhart
This, from Newhart's first and hugely selling LP, is one of his classic telephone bits. When you hear the game explained this way, it really makes you question your sanity for following it so closely. (Listen) 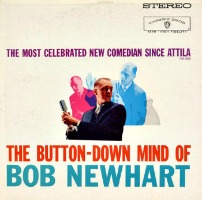 2. "Second Marriage" by Woody Allen
If you've never heard Woody Allen's standup comedy, you've missed out. He was an absolute master at the form, and it's never been more evident than in this bit about his sex life. The baseball angle kicks in at around 4:45, but there's no reason to skip that first 4:45 unless you hate comedy or something. Another Allen baseball bit --  this scene from Radio Days -- could have also made this list. (Listen) 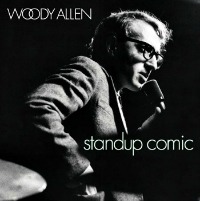 1. "1864 Baseball" by Conan O'Brien
Conan's visit with some very dedicated historical baseball reënactors and their fans holds up quite well upon repeated viewings. The film also keeps topping itself as it goes along, which is no easy feat.