Have the MVPs and Cy Youngs already been decided?

And if so, what are we going to argue about?

Share All sharing options for: Have the MVPs and Cy Youngs already been decided?

I get odds e-mailed to me every other week from Bovada about different things. Most of them have to do with divisional or World Series odds, but some of them have to do with individual achievements. Before the season, Chris Davis was a 50/1 shot to lead the majors in home runs. If you put $50,000 on Davis before the season, today you would have an excellent chance of soon becoming a multimillionaire. And instead of saving up for a shot like that, you just had to spend your money on Nintendo cartridges and comic books growing up.

The latest batch was a set of World Series odds. The introductory paragraph, though, was about players:

With just around 20 games left we are not re-opening our MVP or CY Young odds as I cannot see how anyone but Cabrera, Scherzer, and Kershaw can win. McCutchen may be the only one who is not a sure thing, but with the fact that the Pirates are having their best season in 20 years and that he is such a complete player, this one is also a no-brainer.

Wait, wait, wait. Sure things? What in the hell is this about? I had plans. 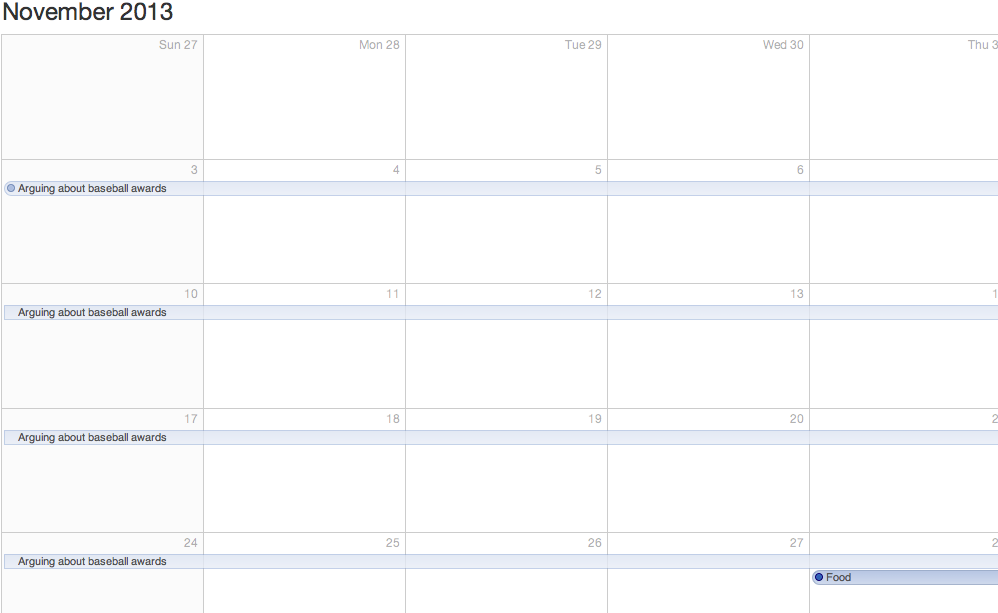 I take time off every year to argue about this stuff. Are they all really no-brainers?

AL Cy Young
There are nibbly quibbly arguments to make with the different candidates. One guy has the lead in innings, the other guy has a 0.2 lead in WAR, the other guy leads in strikeouts. But Scherzer's going to win as long as he doesn't implode, and it's hard to see how anyone else could make a claim.

Not going to lie. That W/L record is mighty shiny.

Stop looking at me, W/L record.

You won't tell the people on the Internet, will you, W/L record?

NL Cy Young
Clayton Kershaw is the best pitcher in baseball, and he has a shot at aping Sandy Koufax's ridiculous peak. This is likely to be the third straight year Kershaw leads the league in ERA.

Look at this game log. Loooook. The highest his ERA has been at any point this season was 2.14 on April 23. 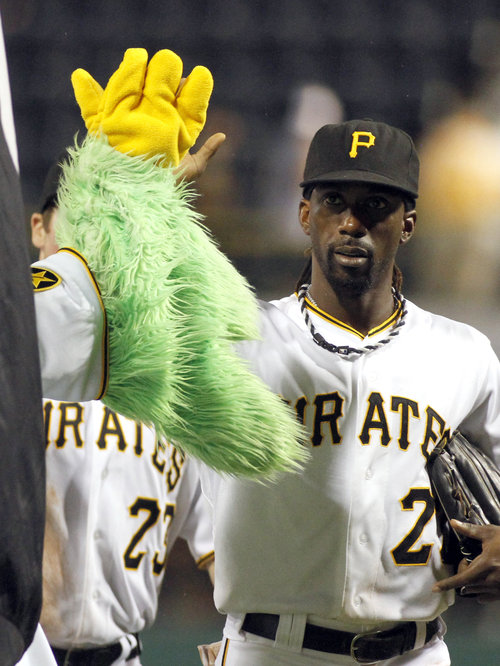 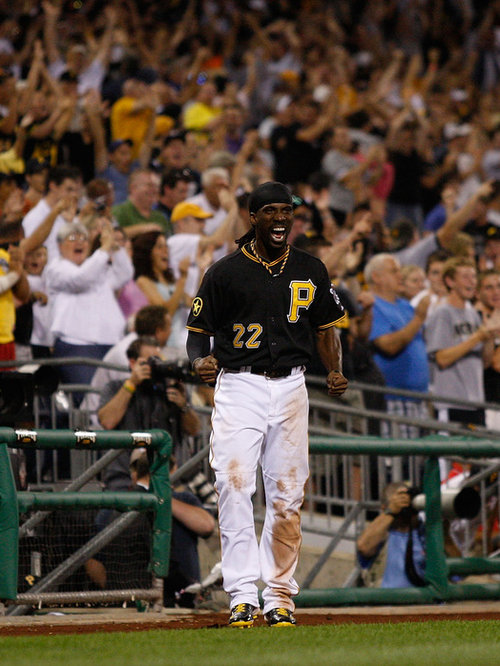 Don't sleep on Kershaw's chances to … 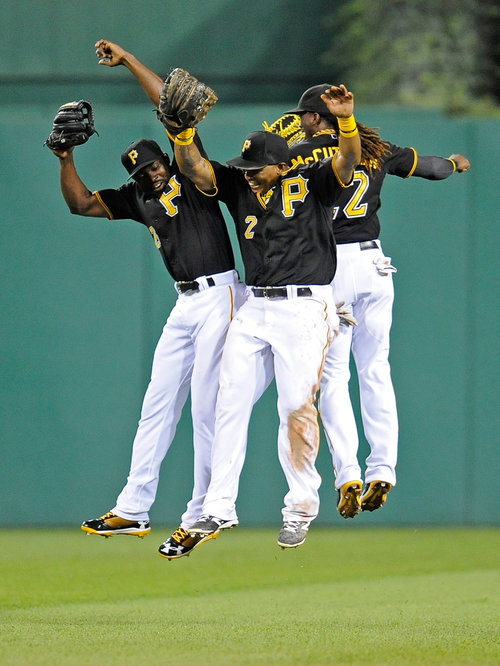 Alright, it's McCutchen. He would have to go 1-for-100 over the last month, and the Pirates would have to fall behind the Nationals in the Wild Card. While that would fit with the von Trier movie that has been Pirates baseball, it's not going to happen.

You can make an argument for Kershaw based on the nerd stats. But he'll end up with 16 or 17 wins -- you need 20 to sniff the MVP. Silly, yes. Realistic, though. Plus there's the easy demarcation line of "No Puig = bad Dodgers; Puig = good Dodgers," which makes it seem like Kershaw isn't the MVP of his own team.

It's McCutchen, barring a collapse. And we're not talking about a bad month, we're talking about B.J. Upton-style, complete and utter collapse. Even then, it might be too late.

Other people: DINGERS AND RIBEYES

Other people: WATCH A GAME

Other people: WHAT IS IT GOOD FOR?

Other people: I JUST THOUGHT OF IT!

In theory, Trout should have a better chance this year. He's having a better offensive season than last year, leading the league in runs, triples, and walks. Though he's only 13th in WAR on his own team, so I don't see ... whoops, that's the career list I'm looking at. He's 13th in WAR in Angels history. And that improved offensive year for Trout is coming in a season when Miguel Cabrera might not win the Triple Crown. So Trout should have a chance.

But if that ridiculous, new-age argument that "defense" and "baserunning" are important didn't convince voters last year, why would it this year? Because Chris Davis has more home runs than Cabrera? Maybe, even if that's an argument out of a Lewis Carroll book, but probably not. The speed/defense argument didn't work when the Angels were good last year. It's not going to work when the Angels are bad.

(Note: Cabrera is having another legendary season, so it's not like Trout is going to lose to Justin Morneau from 2006. Condolences, Trout. The nerds lost.)

Nope, the awards season is already over. There are some Rookie of the Year awards to jabber about, but that's it. Great. Now my November is totally freed up. Maybe I'll go ... outside? Man, this is awful.

• About those huge September rosters ...

• The pros and cons of Mark Trumbo