The five creepiest mascots and the nature of pants

Share All sharing options for: The five creepiest mascots and the nature of pants

The Cubs have a new mascot. He is a bear. A young bear. A cub, specifically. 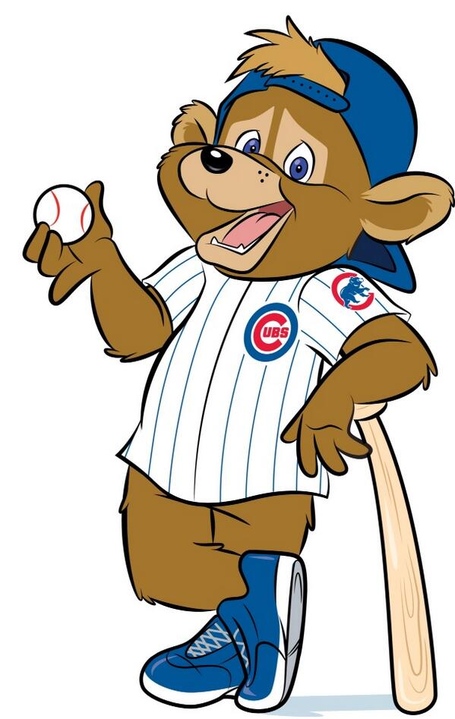 That is Clark. He has sad, worried eyes. He's mostly for the kids and off-field functions, according to the Cubs, so you're probably not going to see him dance Gangnam Style on the dugout or harass opposing managers. As far as mascots go, he's as unnecessary as most of the rest of them, but relatively harmless.

He does not wear pants, though. People on Twitter have picked up on this. And, regrettably and awesomely, Deadspin picked up on this. Do not click on that link unless your work is okay with you viewing doctored pictures of cartoon bears with their Yogi and picnic basket hanging out. Your IT department will probably have questions. 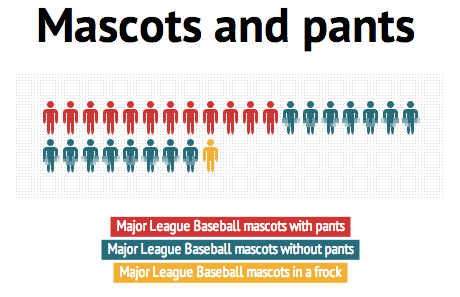 My theory: Mascots without pants aren't inherently creepier than mascots with pants.

I've spent the afternoon staring at mascots, both with and without pants, to see where Clark ranks in the pantheon of awful and/or creepy mascots. He is neither, and he can't crack the list of five creepiest mascots. He doesn't come close. Here's an official list of five mascots you don't want standing over your bed as you sleep. Let's see if they're wearing pants.

I could write another A-Rod article, you know ...

Note: the Reds' Gapper isn't one of creepiest mascots, even though this is on his Wikipedia page:

Huh. I, for one, do not need that citation. 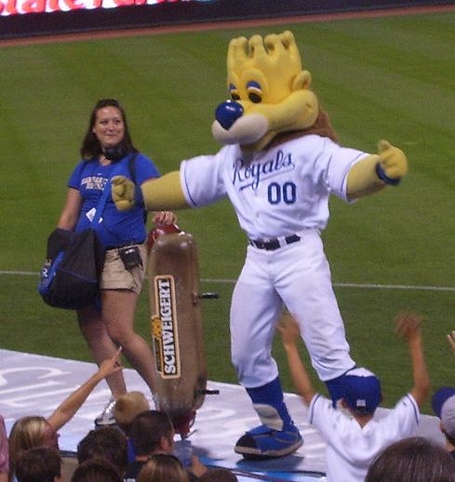 Sluggerrr is on this list for a couple reasons.

The extra "R"s at the end of his name don't make him any creepier. Just more irritating. But the alternative to Sluggerrr, I suppose, would be a person in a foam king costume with a long, velvety robe, walking around and taking pictures with children. Maybe we're being too hard on Sluggerrr.

Do not Google "Deadspin" and "Sluggerrr." 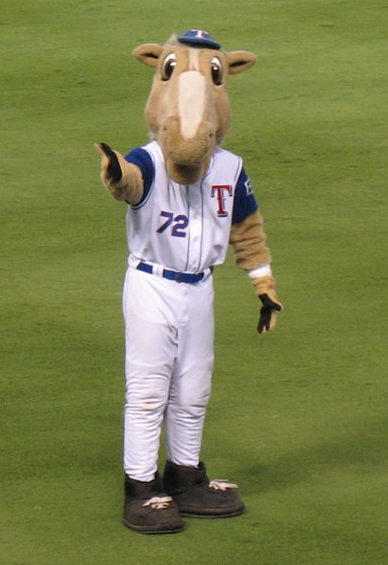 Here he is about to devour live penguins: 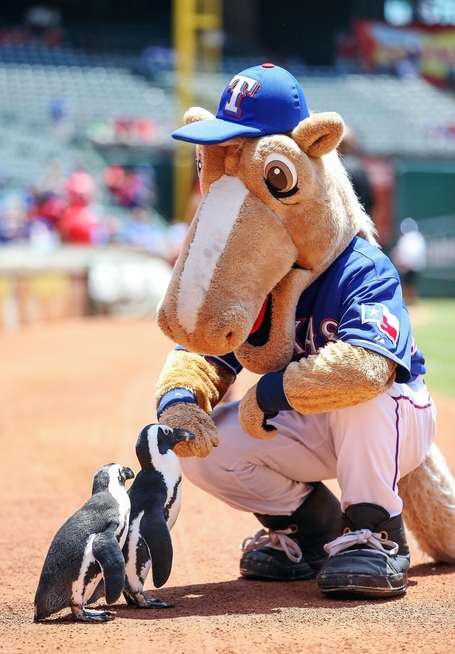 There's probably a reverse-Godfather component to Rangers Captain freaking me out, too, like he's going to wake up in bed with Nolan Ryan's severed head. Mostly, though, it's the mouth and the pants. And somehow, the pants make him creepier. Remember that when you're disgusted with Clark. 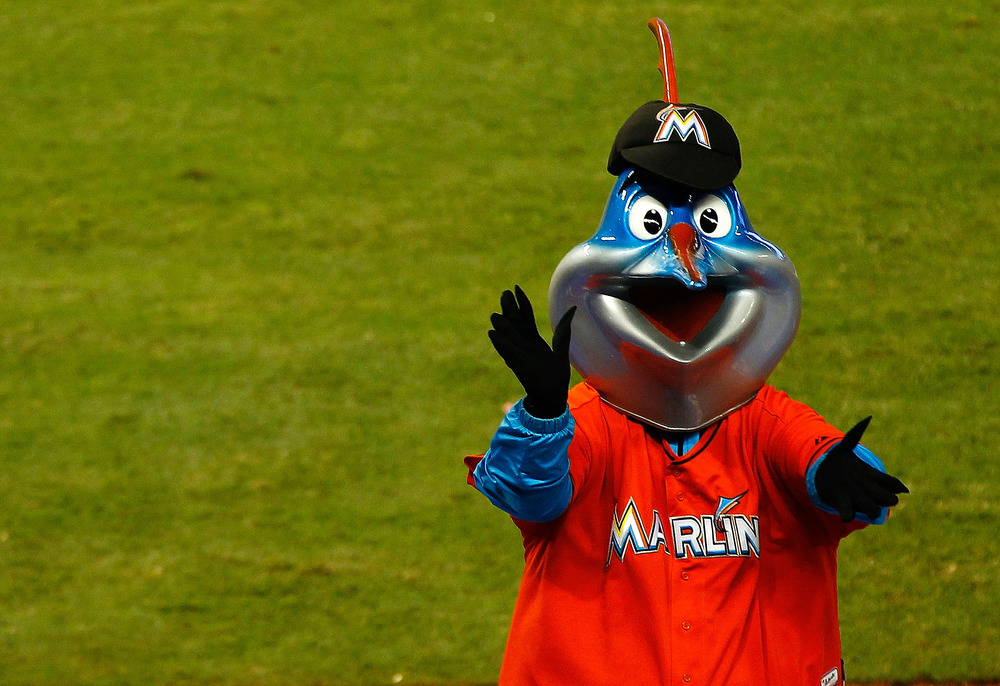 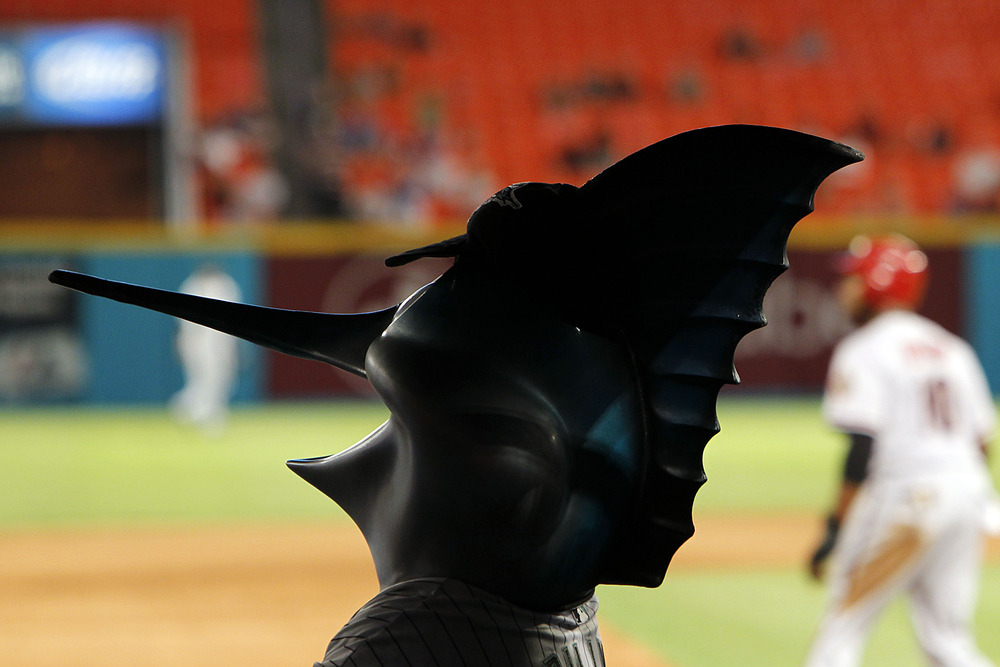 The Marlins' colors make a difference, of course, and he's shiny like an Ultraman villain. More importantly, he's the one mascot who could actually kill you. Literally, physically end your existence by stabbing you in the throat. He has the same dead eyes and open mouth as other mascots, but is also armed with a nose katana.

If you want videos of marlins hurting people, there are a bunch on YouTube. I made a GIF from one:

Combine that image with the thought of a grown man in a Marlin costume, sitting at home, feeling disgruntled, and watching that on TV, getting ideas. Now imagine opening your eyes and seeing Billy the Marlin standing over you.

Much worse than Clark. Much, much worse. And it has nothing to do with pants. 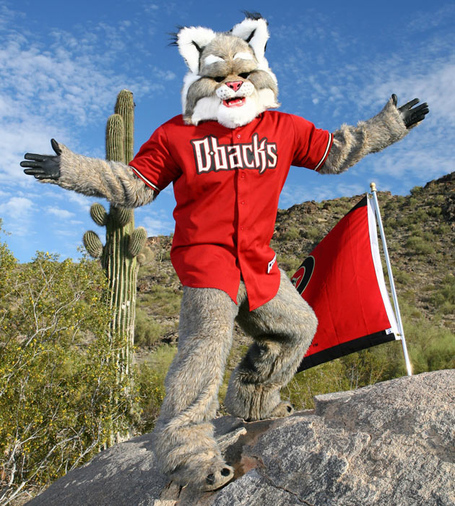 Besides, if you saw a bobcat in the wild, would it be creepier if it was or wasn't wearing pants? A bobcat in a pair of acid-washed 501s would scare me much, much more.

Also, the no-pants label should have an asterisk. This is Baxter's Twitter profile pic: 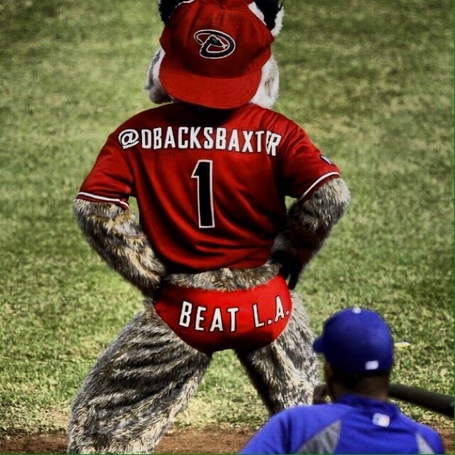 The underwear looks photoshopped on, which must have been a fun day for one lucky intern. But at least now we have the image of a bobcat-man wearing tight red underpants. 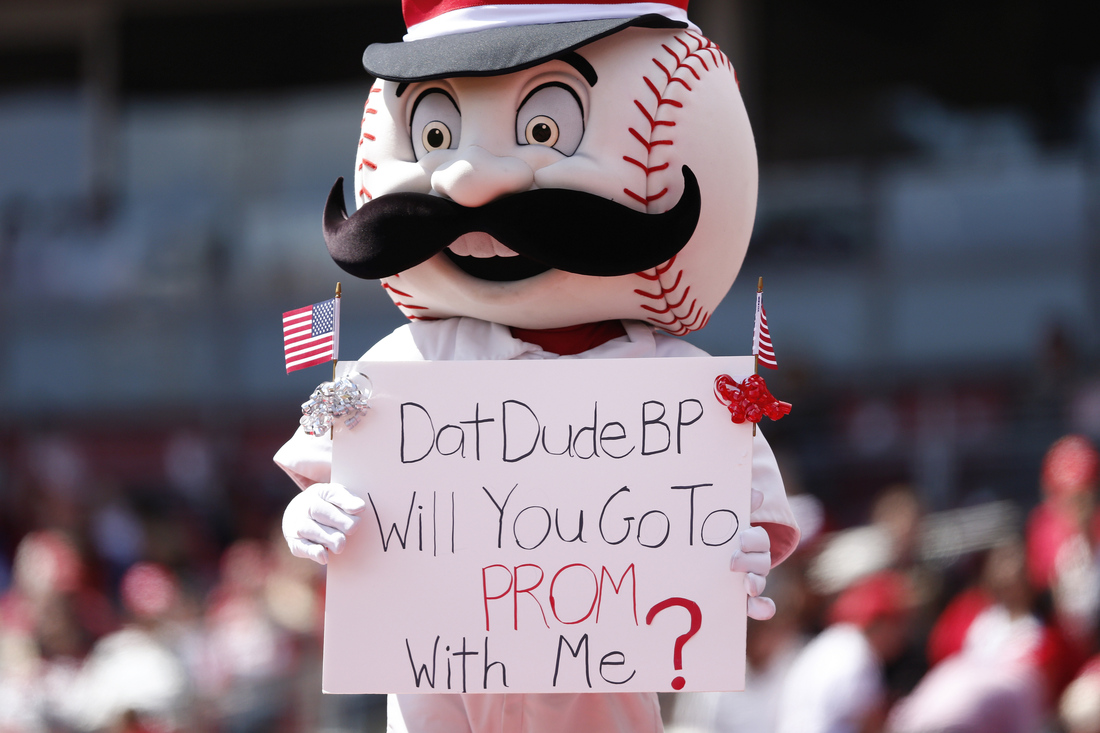 The Babe Ruth of creepy-ass mascots. He changed everything. Dig through a Google Image Search for him. It's unbearable. It's the eyes. 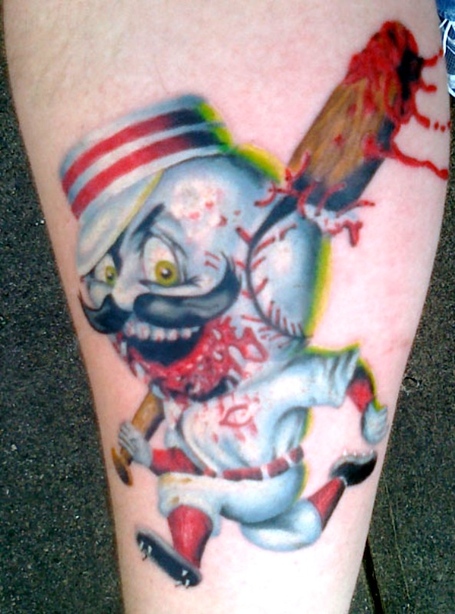 via Better Off Red

The murderous eyes. The last thing you're thinking about are his pants. You probably didn't even know he had pants on.

Conclusion: A lack of pants for a mascot is not what makes the mascot creepy or horrifying. There are other factors. Clark is probably going to be lame, just like 90 to 95 percent of all mascots. But his bear bottom, pun absolutely intended, does not make him automatically creepy.

Clark's sad, worried eyes make you uncomfortable, sure. But that's probably not because he's not wearing pants.

To read adults discuss the relative merits of a man in a bear costume, please read Bleed Cubbie Blue