Editorial: R.B.I. Baseball is coming back, but it will always be the runner-up

R.B.I. Baseball is coming back, and it's bittersweet news. In this very important editorial, you will be convinced that Baseball Stars is vastly superior to R.B.I. Baseball.

Share All sharing options for: Editorial: R.B.I. Baseball is coming back, but it will always be the runner-up

Champions of 8-bit baseball rejoice. A news release announced Major League Baseball Advanced Media is developing a reboot of R.B.I. Baseball for "multi-platform distribution across current and next generation consoles and smartphones and tablets."

The Internet responded with a simple consensus: This is a good thing. There are not howls of disapproval; there are not legions of confused fans asking why MLB would bother. Everyone is thrilled with the news.

Allow me to be the voice of dissent. As a long-time NES enthusiast, I will agree the world is better with R.B.I. Baseball on my phone than without it. But the excitement over this news obscures a larger truth that everyone needs to be made aware of.

An Important Editorial, by Grant Brisbee 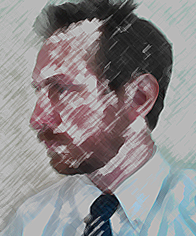 R.B.I. Baseball isn't half the game that Baseball Stars is.

That doesn't mean you shouldn't be excited about the news that R.B.I. Baseball is back. Just know that it's like releasing Scarface on Blu-ray before Goodfellas. And if you favor Scarface over Goodfellas, well, do I have the game for you. It's called R.B.I. Baseball.

The rest of us, the ones with taste, will be over here, playing Baseball Stars.

The only thing — the absolute only thing — R.B.I. Baseball has over Baseball Stars is the MLB license. There were real players. If you were a Doug DeCinces fan, and I'm sure you were, you could take rips with DCincs to your heart's content.

You could make anyone in Baseball Stars, rating them from 1 to 15 in categories from power to prestige. I still remember when I created a nonsense player, Jibdec. He had 15s across the board. Except for "luck." Jibdec didn't need your damned luck.

R.B.I. Baseball had the real players, but their abilities would remain frozen in time, trapped in a vampiric stasis. Don Baylor's speed is at the top of the rankings, where it will stay forever, never changing, never withering with age. Ellis Burks was a wee prospect, doomed to languish on the bench with bottom-scraping contact abilities forever and ever.

If you wanted an Ellis Burks in Baseball Stars, you could have one in six minutes. Then you could build him up to be the Burks you wanted him to be. Do you want the speedy Red Sox prospect? The older slugger with balky knees? How about a team of Burkses? All yours.

How about one Ellis Burks and 17 women? I don't know what you're into, but go for it. You're limited only by your imagination and the crippling technological limitations of the time.

A team with of Ellis Burks and 17 women, each with 15 speed and off-the-charts prestige, needs a challenge. I suggest a 125-game season against a team with monsters and a team with a fake Babe Ruth and Denny McLain. Or, perhaps. five of your friends' invented teams. During this season, statistics would be kept. There's an actual leaderboard for your season, a revolutionary concept for its time. And with each win, you could improve your team, putting the money back into the product. Or you could build the Cubs and sit on the money for a while until you're ready to spend wildly all at once.

With R.B.I. Baseball, you could play a nine-game season. After it was done, you could play another one. Wheeeee. And in each game of each season, the players would have the same abilities and the same statistics. Thirty-three percent of the time, Kirby Puckett would get a hit every time. It never changed.

Is the inclusion of real players worth the limitations and lack of freedom imposed upon by R.B.I. Baseball? I submit it is not. It is undoubtedly good news that Major League Baseball Advanced Media is resurrecting a classic, beloved video game for us to play while we go to the bathroom. But the true connoisseurs, the learned aficionados of 8-bit baseball, will not rest until someone brings back the original NES version of Baseball Stars. This is because Baseball Stars is the vastly superior game.

At least we can all agree that Bases Loaded fans are complete assholes.