Connor McDavid power rankings: Where have all the good teams gone?

Why is everybody who is supposed to be winning, losing so much? Oh, right.

Share All sharing options for: Connor McDavid power rankings: Where have all the good teams gone?

Sunday was a weird day in the NHL.

Seven games took place, five of which included heavy favorites in the Connor McDavid sweepstakes. Their opponents were borderline/outright playoff contenders, including Stanley Cup hopefuls like the Chicago Blackhawks and Los Angeles Kings. It looked like there would be blood, and there was. Just not in the expected way.

All the McDavid teams won and the projected playoff teams lost:

This only leads me to believe that the draw of Connor McDavid is so strong that even good teams want part of the action.

But here's the thing guys: tanking doesn't work if you all do it. Basically, you'll all just even out, the fans will get bored and then people will stop watching your sport. Or some weird meta-sport will emerge where losing becomes the new winning and futility becomes more desirable than virtuosity. I don't know.

Either way, I would still put my money on the Buffalo Sabres to be the best at being the worst.

Damn, they are so good at being bad. Let's get to the rankings.

The Connor Mc'Doh! Of The Week: Los Angeles Kings 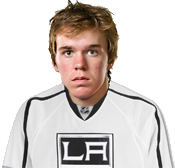 Philadelphia Flyers, Detroit Red Wings and Carolina Hurricanes. Those are three teams I would expect the Los Angeles Kings to at least defeat, if not demoralize. Except, nah.

The Kings lost all to all three of those teams last week and got handled by the Pittsburgh Penguins for good measure. Los Angeles never scored more than two goals in any game over that span and lost by three goals in consecutive occasions.

Smack my dang head, y'all.

With all that being said, the Kings were without Anze Kopitar and Marian Gaborik. Obviously, the terrible situation with Slava Voynov complicated the team's salary cap situation and forced them to play a man short. Still, Gaborik and Kopitar returned for the Carolina game, which had all the makings of a reestablish our dominating form game for the Kings.

Carolina had just won its first game of the season the night before and the Kings had a day of rest.

The Connor McBlowout Of The Week: Montreal Canadiens 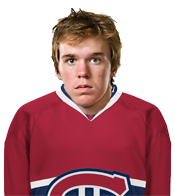 But I digress, because the Habs have been playing a lot of bad games lately. So much so that they're in this category!

Since the start of November, the Canadiens have allowed 12 goals over three games. They allowed one goal against the Sabres on Wednesday night. The other 11 were allowed over two games split between the Chicago Blackhawks (kind of understandable) and the Calgary Flames (not so much).

Montreal lost to the Flames, 6-2, and were shutout by the Blackhawks, 5-0.

In short, GET IT TOGETHER HABS. (They're still in first place in the Atlantic, I know.)

So, I might have been a little overzealous when I completely made up reported that the Penguins were tanking.

Clearly, the Penguins are playing well right now. Still, that doesn't mean they're not tanking. I know what you think I'm gonna do, and that's make a joke about the Penguins signing Marc-Andre Fleury to an extension being a sign that they're tanking, but I'm not gonna do it. I have too much self-control to do something trivial like that.

The Penguins are playing well and, for now, they don't need Connor.

But let's be honest: they signed Marc-Andre Fleury to an extension, so they're clearly tanking.

I just love to have fun too much, I'm sorry.

But apparently so do the Penguins, because this is a thing they used to market Fleury's extension:

Ah, yes. How could we ever forget.

But real talk: The Penguins are good and, unfortunately (fortunately? I don't know any more ...) are too good for Connor.

The Connor McNeed To Rig The Draft Lottery: Washington Capitals 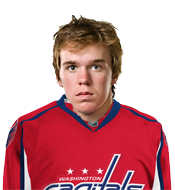 The Capitals have gone five straight without a win and just registered their first point since Oct. 22 with a shootout loss to the Flames on Tuesday night.

Ovechkin just passed Peter Bondra for the Capitals all-time scoring lead, so now the organization can sell a bunch of memorabilia marketing this fantastic accomplishment ... then they can lose every game for the rest of the season, get the No. 1 pick, trade Ovechkin for Shay Webber or something and then draft McDavid at No. 1.

It's so blatent. I can't believe the league let's them get away with this.

The Connor McFront Runner Of The Week: Columbus Blue Jackets 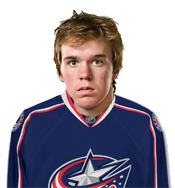 The Blue Jackets were the chíc pick in the Metropolitan Division this season.

Injuries have been a major issue, with Nathan Horton's situation being the most unfortunate of the bunch. The club has lost six games, are 2-8-0 in their last 10 and are spiraling to the bottom of the Metro Division.

They've even been passed by the Hurricanes.

The Blue Jackets need this. Let them have this.

Fri., Nov. 7: Columbus will have a chance to prove how badly they need McDavid when they travel to Carolina to take on the Hurricanes at 7 p.m. on Fox Sports Ohio and Fox Sports Carolina.